The Watcher by D.K. Golden 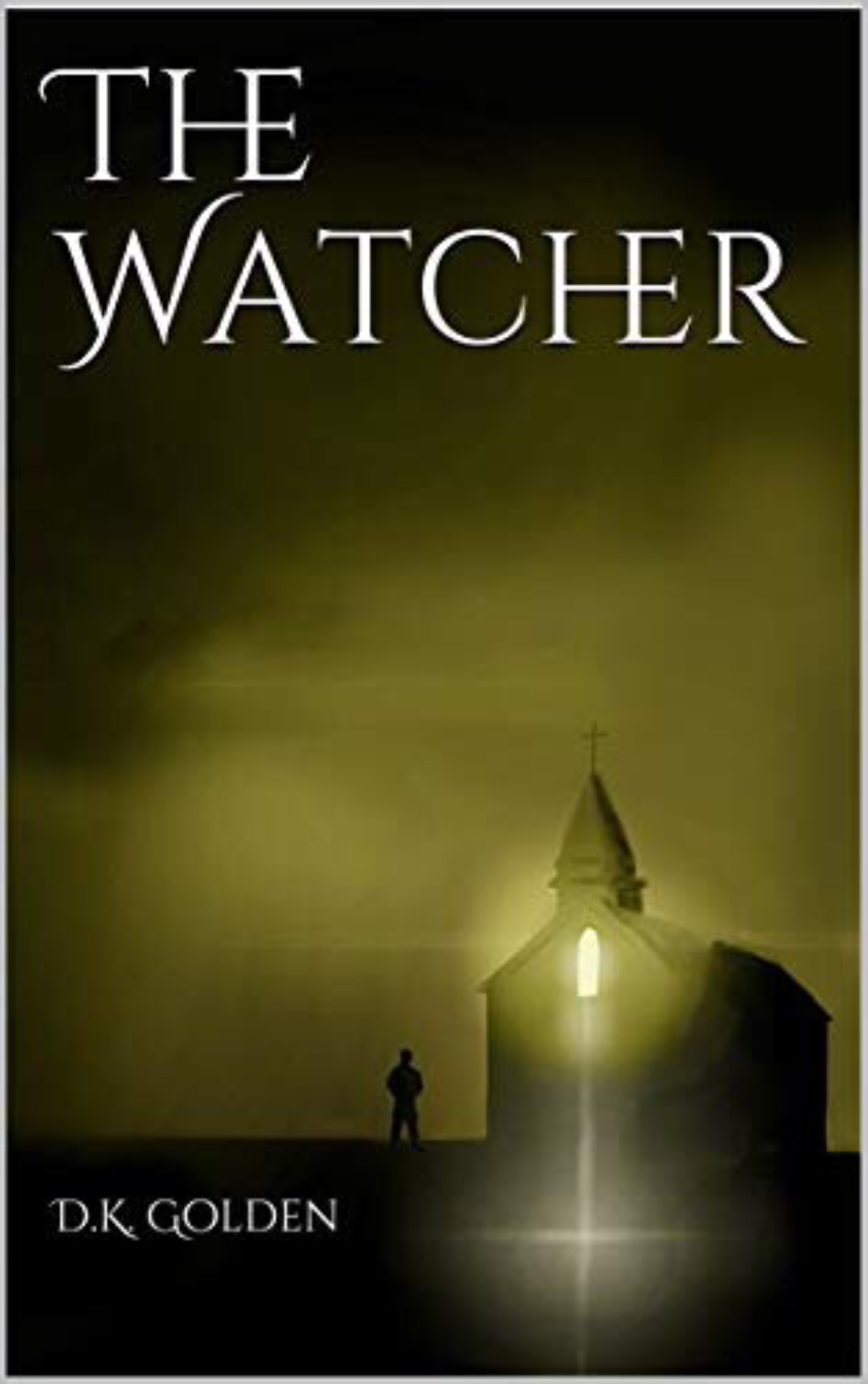 The Watcher (Amazon Books, 2021) was a labor of love spanning over two decades.  The novel, by Pennsylvania author D.K. Golden, first began in 1999 as a germ of an idea involving a young man with the ability to astral project, the ability for one to leave his-or-her body at will and roam the universe as a ghost.  As the years passed, Golden gradually expanded the story to involve time travel, battles with evil forces, and major sacrifices to save the world.  Initially planning to write a long novel that would have been roughly 300,000 words in length, Golden decided to split it into three books, the beginning volume titled The Watcher.  Its sequel, The Others, will be released soon, with the third book planned for release the following year.

Golden sees The Watcher as an allegory on the decline of religious faith and the juxtaposing of coming into the possession of terrible knowledge.  It is also about dealing with consequences of one’s actions and dealing with family secrets.  Its protagonist, Jim Nightingale, is at first glance a typical seventeen-year-old American high schooler with no big future plans and alienated by the world around him.  An injury from a terrible accident suddenly bestows upon him the ability to project his astral consciousness, and this newfound talent leads him into a world free from the tyranny of physical matter.  However, he also unwittingly awakens an ancient evil slumbering beneath the ruins of the old family church, and Jim soon finds himself brought into a darker world of fallen spirits, angels, and other forces that threaten him and his family.  Only the secrets held by the Watcher, the possessor of very terrible knowledge, may save them.

The novel is a mix of genres, encompassing elements of science fiction, mystery, suspense, horror, Christian, and young adult fiction.  Golden was inspired by the novels of authors like Dean Koontz, Stephen King, Neil Gaiman, Michael Shaara, and Frank Peretti, to name a few who inspired his writing style and combination of themes.  The idea behind it was provoked by certain events that occurred in the author’s life and was also influenced by his experience with teenage alienation.  It’s also an exercise in escapism, albeit of an offbeat flavor.  Golden’s goal is to entertain and inform, punctuated by his desire to see the landscape within the narrative come to life.  The town of Northdale is at the outset a nondescript Pennsylvania suburb, but the town soon proves to harbor secrets that are better left in the dusky corners of vapid ignorance.  Its denizens are at first glance normal, everyday people, but they are a bright reflection of a darker underbelly that exists in every city.  Golden wants the reader to be immersed in the landscape, to be a passive participant in the events that occur within the pages, to experience its wonders and terrors.

The Watcher is part one of a series that D.K. Golden plans to involve at least three volumes of a cycle he calls The Sanctuary Cycle, which will also be the springboard of a shared universe with future writing projects.  The Nightingale family or town of Northdale is planned to reappear in some form in other novels, but it is unknown if either will serve as a fulcrum in a larger mechanical structure.

D.K. Golden is a Bucks County, PA native from Montgomery County, PA, and he drew on his experiences of living in both counties as well as their histories to flesh out the setting in which The Watcher and its sequels reside.  He attended Temple University’s Tyler School of Art and is also an accomplished painter who has sold his art both domestically and internationally (he designed the cover art for The Watcher).  The Watcher is his first novel and was selected to be featured in Author’s Lounge. It can be purchased as paperback or Kindle ebook here.