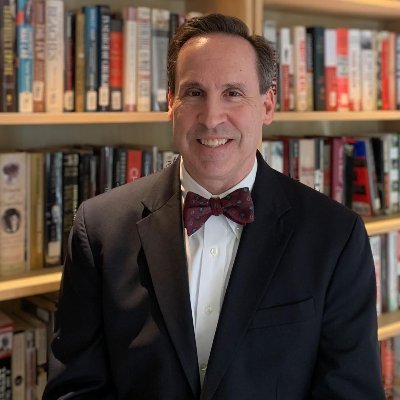 Hello to everyone on the Readers Magnet Club!

My name is Ivan Scott and I wanted to share my journey for getting published. I have written all my life and finally decided that it was time to get serious about it. I understood that one day the window would close and I would regret not leaving something behind after I have left the world. So, here is a little more about me and my books!

My first book, Redhead in a Blue Convertible, which is about a young female doctor who loses her way when a patient of hers dies on the operating table and her doctor mother, who she adores, disowns her over what happened, which was not her fault. While tumbling down the abyss, she meets a handsome stranger who has to leave Atlanta and has 24 hours to get all of his affairs in order. He needs her help to get around town so she agrees to drive him around town to see all the people and places that were special to him before he has to leave town for good. But what she doesn’t realize is he has been watching her. For years…

My second book, The Redhead and the Ghostwriter is about a Pulitzer Prize winning author, Jasper George, who loses his passion for writing and spends his days in the bottom of a bourbon bottle in a Bookbar (Combo Bookstore and Bar) with his longtime best friend, the sassy redhead Sienna McCaslin. The Bookbar is filled with books, booze and a crazy band that plays all night long for the patrons. When a young woman comes to the beach town of Turtle Point looking for Jasper to help her with her manuscript, he grudgingly agrees and then rediscovers his passion for his craft. But in doing so, he drives Sienna out of town and she sells the Bookbar because she has been in love with him all her life, but is too afraid to tell him. Can Jasper find Sienna and bring her back before it is too late?

For Convertible, it was when I read a story about an older woman who called an Uber late at night with her bags packed as if she was going on a trip. She instructed the driver to take her all over town and she pointed out the places and people who were special to her throughout her life. At the end of the journey, she asked the driver to take her to an assisted living facility where she was going since her independence was now over and she had to move to the next phrase of her life. It made me wonder, if that were me, who would I see and where would I go? I am sure we all could ask ourselves that question so my story should resonate with the reader since we all have those things to think about in our lives as we grow older.

For Ghostwriter, I have always been intrigued by those with special gifts and what happens if they should lose them, then rediscover what God has given them to give back to the world. As an Indie writer, I had so much fun writing about the query process the writers encounter and what we all go through as writers to get published. Those parts of the story were a gift to all the writers out there for the adversity and perseverance we face. and finally, the Bookbar? Wow, if I could find a place like that where the patrons all discuss books, sip their favorite beverages and recite their favorite passages in a fun, crazy environment, I would never leave. Maybe that is what Heaven looks like? haha

For both books, they have a love story and both contain STRONG female characters, so I am sure the female audience would identify with the stories. However, there are tragic male characters that men would identify with as well. I think readers of any gender would enjoy the humor and crazy atmospheres as well. Sure, I am a sucker for a good love story, and also stories about characters with tragic pasts who rise from their adversity and overcome whatever is in their path, but for me, in life, there has to be silly humor and times where you want to laugh like Dr. Evil and his cronies.

I hope the reader will be inspired to find whatever it is in the world they are passionate about, and then once it is identified, don’t waste time not living it. If you are a writer? Write. A singer? Sing. Painter? Paint. One day the window will close and you will regret not putting yourself out there to sacrifice for the things you love. Sure, you will meet with rejection, scorn, ridicule, and sometimes feel like you aren’t good enough to live the life you have always wanted to live. Regret is a mistake we never stop paying for so never, ever, give up. The only person who can stop you is you. Maybe you don’t feel like you are phenomenally skilled, but if you are phenomenally willed, there is nothing you cannot achieve. Things will never be handed to you, you must work your tail off for it. But the day you reach the goal, it is euphoria. We appreciate the things we work for much more than if something was just handed to us.

As an Indie author, I have to work hard to write, edit, create the cover art, and everything else for the book, and once that is done, now comes the hard part of promoting it so that is what the future holds for both books. Also, writing these books has set up my future to write more books since it has sparked a fire within me that makes me want to do it over and over again so there is a third book on the way. I thought I wanted to write, and now that I have, I found my passion and now there is nothing that will keep me from creating stories for the world to read and hopefully, be inspired over.

Well, I tried the traditional means of getting published by sending the manuscript to agents looking for representation. I sent out 303 queries and got 303 rejections. You talk about humbling? I was sure I was scum and nobody would ever read my work. I admit, I was discouraged and questioned what I was doing. Then I slept it off and decided to work even harder and that with each rejection, instead of a punch in the jaw, it added another layer of steel to my resolve because I was not going to let anyone tell me what I could or couldn’t do.

So, I did some research and found Amazon and Barnes and Noble has services where you could publish your book for free and have it on their websites. It was like I was given a second chance to follow my dream so I pounced on it. I wrote the book but with no budget for a professional editor, I found through my social media contacts there were Beata Readers who would either read for free or trade their manuscripts with you and they were instrumental in the editing process and pointing out plot holes.

So once the manuscript was polished and ready, the real work began. I had to learn how to format the book for publication, and that was a long, discouraging process that took hours to learn, but when you see a glimmer of hope, you keep at it until you get it right. Then I had to figure out how to create a cover, and that was fun, but also I had to learn Photoshop, but once I did, I loved creating the cover. Finally, I did an audio version of my first book and again, I had to do it all myself so there were some nights that ended late, and some 4:30 am walkups so I could get up and work on the book before I had to get ready for my real job. But once it was done, I cannot describe the feeling of the pure joy of working to the point of exhaustion but saw what my hard work accomplished and I will never forget that feeling.

So, my wish for the reader is this: If you have a dream, there is nothing in the world that can stop you but yourself. If you want to do something, you’ll figure out a way to do it. There are no excuses for not having time since if it is important, you’ll find the time to do it. Remember, passion overcomes adversity every time. I hope you find your passion and you create something wonderful for the world to embrace!