Thrillers With Strong Female Characters: What Defines Them? 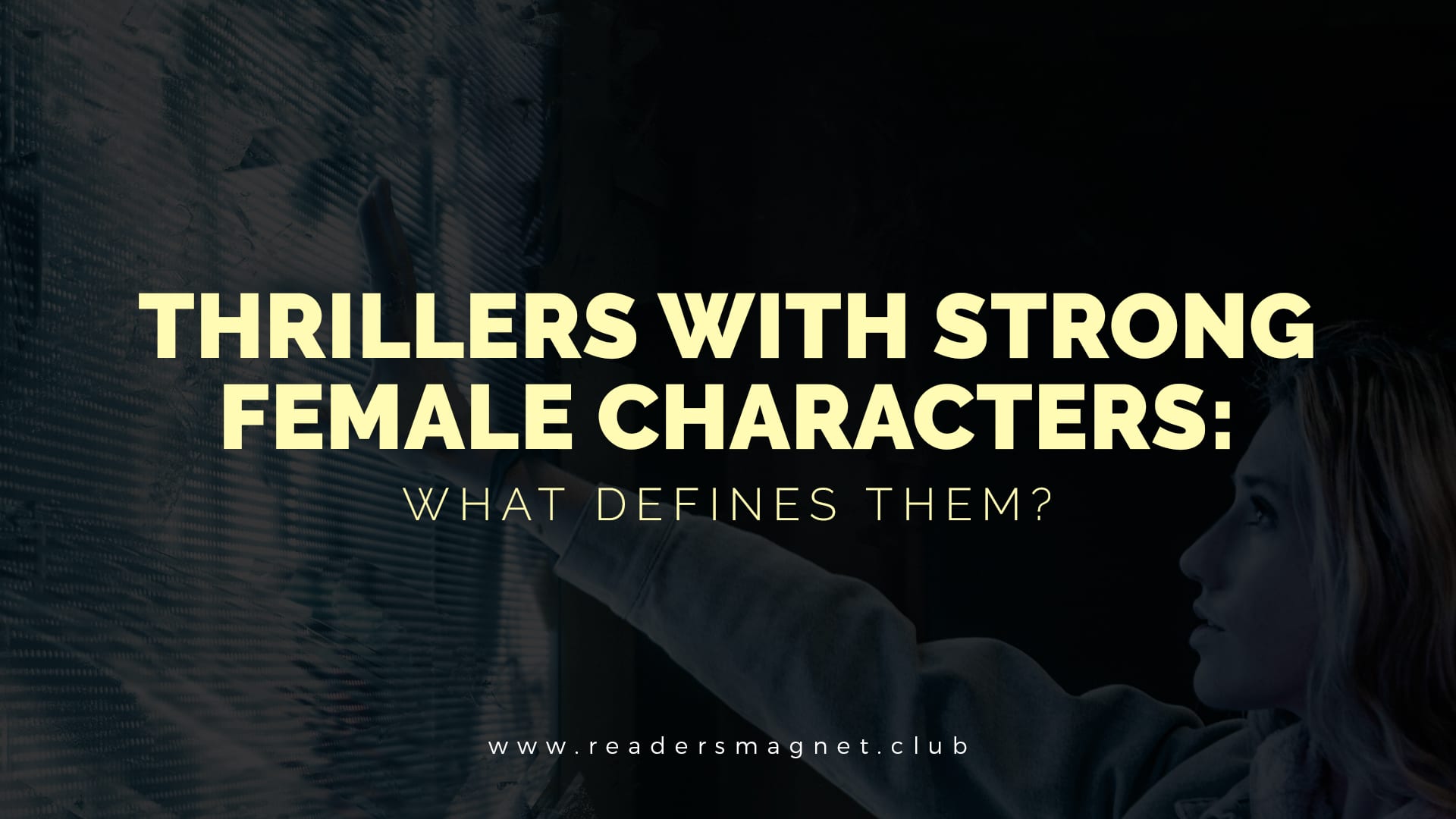 We always celebrate thrillers with strong female characters. Let’s take a look at their defining features.

Here are five features that we think define a strong female character:

The moment she is introduced in the story, readers instantly recognize that she is a persona of importance. She has the looks, the background, the skills, and more importantly, the bearing of someone who can match or complement that of our hero. When Vesper Lynn’s character was introduced in Casino Royale, we see a glimpse of her character, based on how he deals with James during their first conversation on the train to Montenegro. We see someone who has had many experiences with espionage and someone who is not easily swayed by machismo tricks.

She has something significant to contribute to the story.

Strong female characters definitely won’t allow themselves to be mere decorations in a thriller novel. Their characters exist because they are an integral part of the narrative. Whether they cause chaos or help our hero get things done, they are efficient contributors to the story. In other words, the narrative will be entirely different without them. A strong female character in a thriller can make or break a story. A weak character can easily be forgotten or be relegated as a supporting cast. When we think of these characters we think of M from James Bond or Sherlock Holmes’ Irene Adler.

She possesses certain exemplary traits but is not perfect.

Whether they can decipher computer programs, speak many languages, or can disarm thugs with ease and poise, these strong female characters can live up to the billing. They always have something up in their sexy sleeves that may even surprise the most sophisticated main protagonist. However, they are not without their set of flaws. They may be too empathic, too careless, or they possess a moral fiber that always gets them into trouble. Nonetheless, whatever their weaknesses are, they are just insignificant compared to what they have or can achieve. The strongest of them can rise above adversities, using charm, skill, or wit.

She evolves remarkably as the narrative arc progresses.

One perfect example of thrillers with strong female characters is the book trilogy Jungle Rules by Paul Shemella. In the first book, we are introduced to a female character named Gabriele Barnes. She is the love interest of the main protagonist Carl Malinowski, who gets kidnapped by a drug cartel. Carl successfully rescues her and they live a quiet life. In the second book, Carl gets killed by a group of terrorists who planned to bomb an establishment. To get justice for Carl, Gabriele along with Carl’s former teammate infiltrate the militia responsible for the bombings. One feature of a strong female character is evolution. As the story progresses, we see her as someone who has an important role to play in the endgame. She is an enabler and will rise to the occasion as the going gets tough.

She is someone who can stand alone in another thriller.

Well, this one takes a little bit of imagination. Can you imagine the leading lady or a female antagonist from your favorite thriller being the focus or the main character in another novel? If the answer is yes, then that leading lady or female villain is a strong female character. They can stand on their own and can shine without their male counterparts. One example that comes to mine is Irene Adler. She is Sherlock Holmes’s love interest and considered equal to him. Yet, Adler only appeared in one of Conan Doyle’s narrative, A Scandal in Bohemia. If another writer would write a novel with Irene Adler as the main protagonist, I think it would be a hit. Who doesn’t love her charm, her courage, and yes, her resourcefulness?

Overall, strong female characters are those who exude grace, independence, and courage under pressure.