Francis Williams on HONOR and USURPER 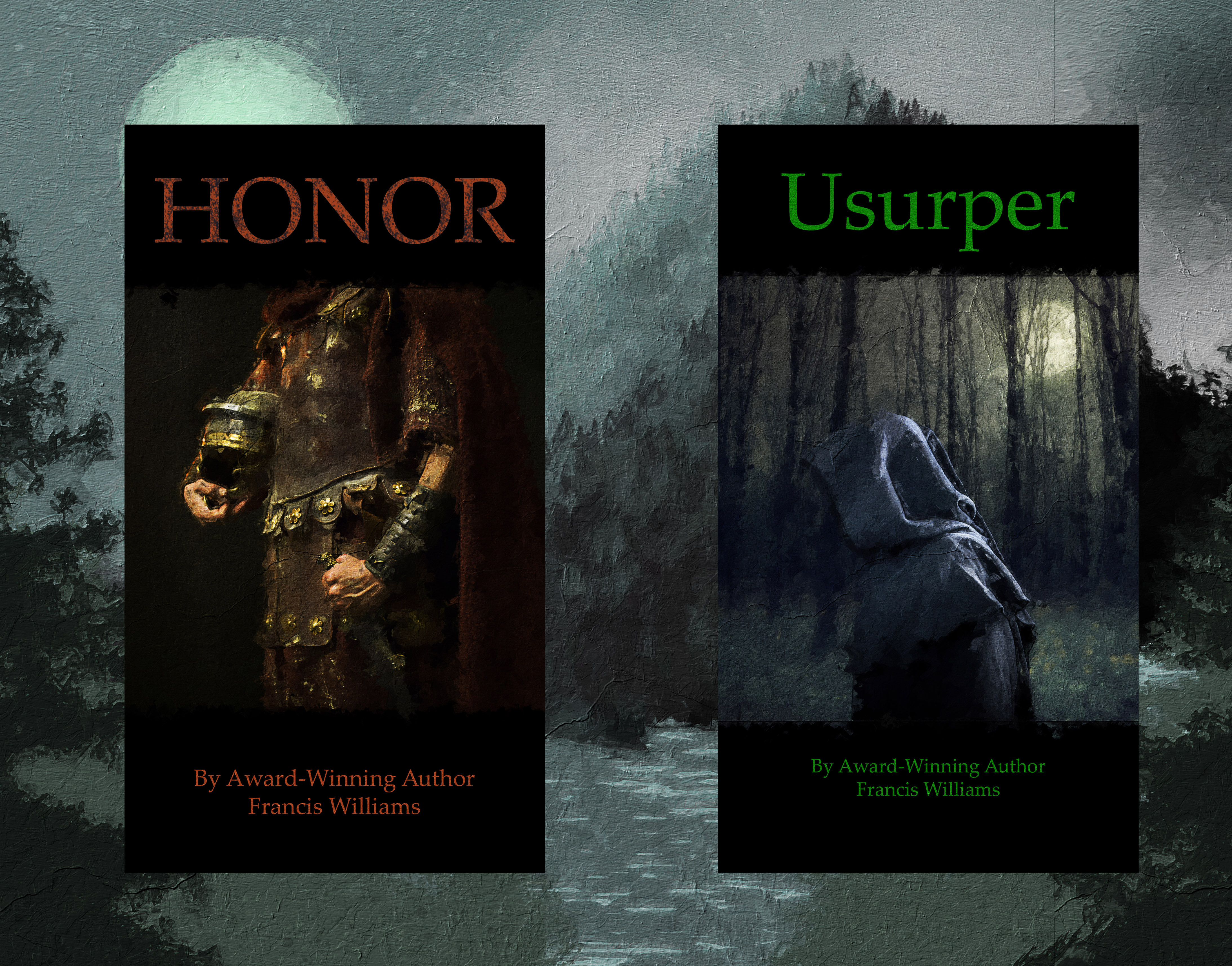 My first book series takes place in fifth-century Britain. Honor starts in 425 AD while Usurper is set five years later in 430 AD. I created a darker take on the King Arthur legends from the eyes of a series of characters who get to witness King Arthur, not just the perspective of the man in question. I have written POV chapters through Arthur’s eyes, but I found them to take away from the perspectives of the other, less notable characters.

I always enjoyed reading about the King Arthur legends and was surprised when I first found out about their true origins. My books lean much more closely towards the old Celtic myths than the Christian tales. I still think the stories of the Holy Grail and the Knights of the Round Table are interesting, but the Celtic stories are simply more unique and stand out. I wish more people knew about them.

I could probably say for certain those stories influenced me to write these books, as well as the two that will round out the series. Aside from the legends themselves, the history of that period is fascinating to me as well. I did my best to blend the two and create a world that seemed fanciful and yet somewhat plausible.

Additionally, I read a book about three years ago that was set in the same period as mine. It was terrible. I couldn’t even finish it and then picked up The Winter King by Bernard Cornwell instead. That book was amazing and much more in line with the kind of book I would expect from a well-established author. After finishing that book and the other two in the series, I figured I could do better than the novel I had been less than enthused with.

I feel like I shouldn’t say who the author was, but Ironically, he did a workshop for prospective authors where he laid out what to do when you first begin the process of creating your own world. I got so much out of it that I ended up continuing the process until Honor was completed and published.

The target audience is probably those who enjoy reading about the Dark Ages, or possibly those who read a bit of fantasy as well. As I said, I did my best to blend the two into something somewhat in the middle.

I’ve gotten very favorable feedback from those groups as well as a few people who are just now exploring the historical fiction genre. I always like hearing from those people when they went into my book thinking they wouldn’t enjoy it as much considering its ancient setting.

Actually, I hope my readers can learn something as well as be entertained. I set out to be as historically accurate as I possibly could in terms of place names and historical figures that could have been present during that time. Since there’s not much in the way of historical record to go back on, that also gave me a bit of freedom when fabricating what I needed to move the overarching story forward.

Aside from possibly learning something about the time period, I really wanted people to see a small glimpse at what mental illness looked like through the eyes of ancient peoples. This is sort of a secondary aspect to the protagonist’s personality, but according to certain things I read from Romans of earlier periods, it tracks with the upper class’ treatment.

My future goal is to somehow make a living from my writing. That has been my dream for quite some time despite me only beginning to write in the last couple of years. As for the more short-term goals, I have two books in the works which are not related to Honor or Usurper. The first is a pirate novel called The Devil of Nassau and is due out in June, and the other is a sci-fi thriller called The Test Subject which is due out right before next Halloween.

Now for a little background on myself. I was born and raised in Sacramento California in 1991. I was always encouraged to read and found ancient history to be the most fascinating thing I could get my hands on. It probably explains why all but one of my books thus far are historical fiction. Aside from my tastes of literature, I watch an obscene amount of baseball and love the sport nearly as much as I love writing. I suppose that was my first love, as I was fortunate enough to competitively play the sport until I was twenty-five.

For anybody who wants to take a look at my work, you can find it all in the links below.

For anyone wishing to follow me on social media: