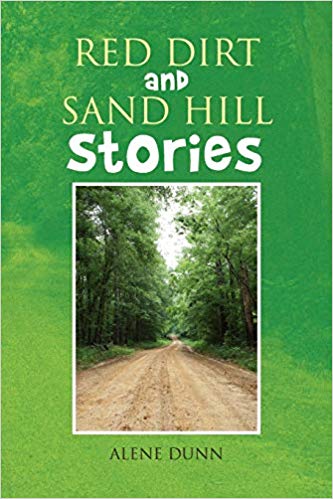 I’m a country girl from the beautiful pine forests of Southeast Texas.  As an only child I got into mischief growing up with nobody else to blame for it except me.  I grew up in Jasper, Texas, near the home of big Sam Rayburn Reservoir, which is widely known as a favorite bass fishing spot in this area and favored by fishermen all over the United States.

My special place while growing up was at my maternal grandparents’ home in San Augustine County, Texas.  That’s where the name of my book, “Red Dirt and Sand Hill Stories” came from.  The little farm was located on what was known as Manor Hill, made of red dirt and big rocks.  The red dirt was loved by me and another cousin who could accumulate a great deal of it on our person with practically no effort.

The Sand Hill part of the title came from stories about the place my Dad was raised in Sabine County, Texas, which is now practically on the banks of Sam Rayburn Dam.  It was made up of sand hills, pine trees and grass burrs that pierced our bare feet..Both these places are described in the book, thus the name, “Red Dirt and Sand Hill Stories”.

This little black haired girl was given all the love she needed to have in this world by her parents, grandparents and aunts and uncles.  Writing started for me in the third grade when my teacher discovered how I loved to tell stories to my class at school.  I read many books then.  Things like “Heidi”, “The Bobbsey Twins” and later books like “Little Women”, “Nancy Drew mysteries”, and “Tom Sawyer”.  The school competition consisted of listening to a five minute reading read to competitors and having us retell the story we heard.  When it was my turn to retell the story, I decided I could improve upon that story quite a bit so I made up big parts of the story to suit myself.  Needless to say, I did not win the competition but writing my own stories began there.

When I had granddaughters growing up learning to read, I realized they knew very little about the history of their family.  Quilting was a mystery and a black smudged iron wash pot was something we   put flowers in that beautified the yard.  I wanted them to know more.  I decided to write stories that would teach them about my Grandma washing clothes on McKim Creek and boiling them in the black wash pot.  I wanted them to know the artistry of quilting and the time and talent it took to make those tiny stitches with a needle and thread.  How going barefoot all summer was an important goal in life as soon as the weather grew warm.

There is another section about the tricks and troubles I caused and suffered punishment for; like hiding a frog behind a chalkboard eraser of a preacher.  Then there was the birthday party I threw for myself, without telling my mother, when I was in second grade!

The last section addressed my life as I grew older.  My Dad was dealing with dementia, and life was hard.  How when my mother passed away due to cancer, the pain I suffered. There is also a section about one of the best friends I ever had in this world. My collie dog, Lucky, and how we loved one another.  One day Lucky treed a lizard, loved to go to the creek for a swim, and discovered snow for the first time in her life.  There are also a few stories of Christmas long ago and how things were then.  Money was scarce, sometimes food was hard to get, and Santa had difficulty making it around to every house.  The story of how my mother-in-law came from Arkansas to Texas on the biggest trip of her life and the feelings she had on that trip.

You will realize as you read that this world is far different from the world you live in today.  But your mother, your grandfather, and aunts and uncles probably did live in a world like this growing up in their young life.  Treasure their stories and never forget how it was living in red dirt and on sand hills.