When It’s Over by Barbara Ridley 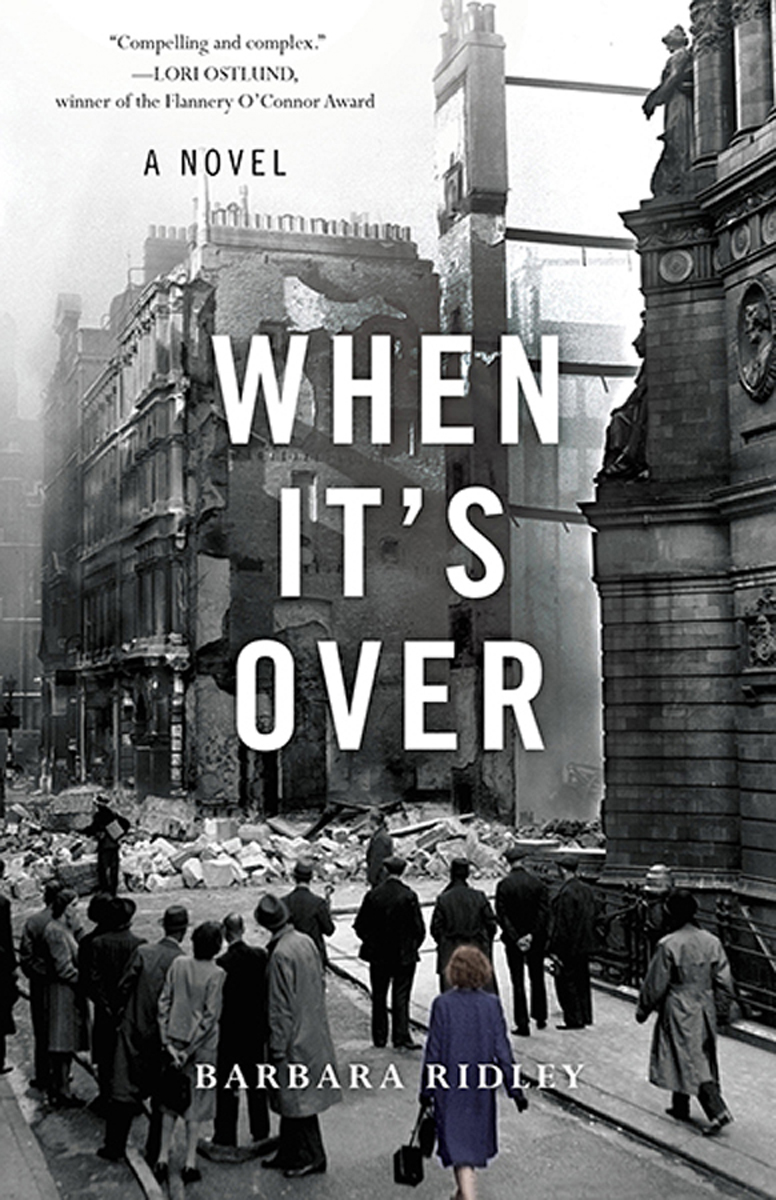 I am so excited to be able to share with Authors’ Lounge my novel When It’s Over. This is especially poignant for me today, on International Holocaust Remembrance Day. I was inspired to write the novel after the death of my mother in 2002, as a way of preserving her story. I had always known the outline of what happened to her and her family during World War II: that she had left Czechoslovakia just before the Nazi invasion, but her family stayed behind. And I knew they were Jewish, although she never practiced Judaism and I was raised in a totally secular environment. Twenty years before her death, I had recorded an oral history with her, in which I delved into some of the background of the Czech side of my family, but there were a lot of gaps. I certainly didn’t understand many of the details, and my mother never discussed the emotional impact of what she went through. So I thought, well I love fiction, I’ll make up what I don’t know; I’ll write a novel.

I had never taken any creative writing classes and knew nothing about how to write fiction. My first drafts of the early chapters were pretty terrible: overloaded with backstory and flowery language. But I started taking classes and attending workshops, and receiving feedback and criticism from my writing teachers and classmates, and little by little I improved. I was still working in my day job at the time, and it was a demanding, stressful job which I loved—so my writing happened in the evenings and on weekends or while on vacation. It took me six years to complete the first draft, and then another four to re-write and edit and re-write again. In the process I discovered the joy of writing as a creative endeavor—as well as the hard work.

And I discovered the joy of doing research. I read memoirs by some of my mother’s contemporaries, fellow refugees, and histories about the home front during the war, and discovered some amazing sources online, such as the BBC archives of stories from people of all walks of life. There were some answers that I couldn’t find online, such as the details of air travel in early 1940. I knew my mother had flown from Paris to London at that time, but all my online research stated that flights had been suspended at the outbreak of war in September 1939. It took an in-person visit to a funky little British Aviation Museum near Heathrow Airport to solve that conundrum.

I also came upon the letters my father had written during the last two years of the war to one of his close friends. They were completely devoid of any personal details but offered fascinating glimpses into the political climate that lead ultimately to the landslide defeat of Churchill in the 1945 election, right after VE day. As someone in my writing group said: how was it possible that Churchill, the heroic war leader, lost that election? And I read about the anti-immigrant hysteria in Britain when invasion seemed imminent in 1940, and the internment of enemy aliens, including many Jews and Communists who had fled Nazi Germany; I knew nothing about that. There was so much I wanted to explore.

While I was in the final stages of re-writing the novel, new refugee crises hit Europe and so many other parts of the world. I thought of the stories my mother and her friends told of the ruses they had to invent, the lengths to which they had to go to escape, and what happened to those who were not able to leave. I hope readers will see some of the parallels in our own time, as people flee war, terror, or persecution.

I think what I have loved best in writing this novel, was weaving together the wonderful historical nuggets I discovered, the little snippets of things I remember my mother telling me over the years, and the arc of the fictitious characters that I generated on the page. It has been thrilling to hear from readers who agree that I have created a rich, compelling story, a story about hope and love and the fight for a better world.

You check out “When It’s Over” here

For more on my writing follow me at http://www.barbararidley.com/ and https://twitter.com/barbara_ridley