Veralyn Keach – The Scent Of A Man Book Series 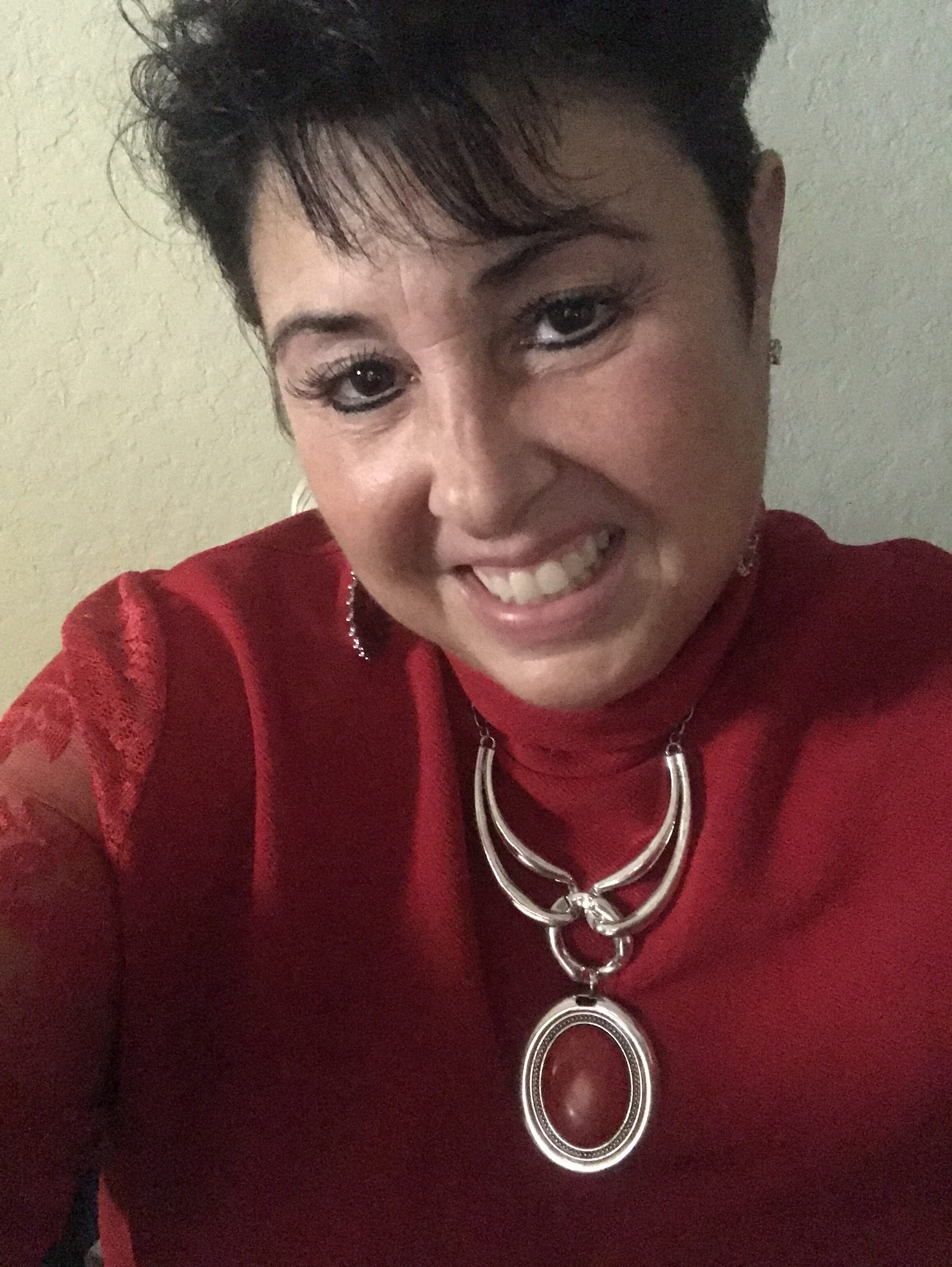 Hey Guys! <Wave> I’m Veralyn Keach, the writer and author of the new fiction series, “The Scent Of A Man.” I reside in Port St Lucie, Florida and when I’m not writing I’m glued to Netflix or Hulu!

Thank you Authors’ Lounge! This has been an exciting time for me to write this series about vampires, werewolves and romance because I grew up reading and watching fiction/fantasy/paranormal/young adult books and movies, which is the category for which my series falls under. If this is you too, you are the perfect reader for this series!

My series is currently at three books.  They are titled Half Vampire/Half Man, Wolves & Vamps and Newborn Army and are currently available in paperback, ebook and audiobook.

The main characters of the series are Ariel Landford and Damian Vanburg.  However, thus far in the series there are ten vampires and five werewolves. I hope that the readers walk away thinking, hmmm ‘Now that’s a family. They stick together through thick and thin.”

I will share with you some excerpts from each book and explain more on what each book is about.

[Ariel couldn’t move her lower legs and although she wanted to open her eyes they would not.

Was she even conscious? This must all be a dream. But she could hear cars, horns, buses and people passing. Surely they must see her?

It was all Gabriel Stones’ fault, or was it?

Ariel Landford realized she was about to enter a whole new life when Damian Vanburg suddenly appeared. Half Vampire/Half Man.

Will she lose one man to the scent of another or will she lose everything, including her life? ]

*”Ariel learns about vampires and the scent of men and the constant choices she has to make in her life to survive.  Her life throughout the book is a self battle and whether or not she can handle a whole new life”.

The Scent Of A Man Series I – Book II (Wolves & Vamps)

[Damian was about to call it a day and end the hunt when he saw Ariel lock eyes on a rare predator….the werewolf. He shouted, “Ariel, No!”

Simultaneously, Ariel was in mid-air and came to an immediate standstill when she heard a whimper sound followed by a voice “No, Stop! I’m Ashford.”

Ariel discovered the shape shifters that day and how much their clan would need them in their lives.

Two vampire mates were out on a rampage and had gotten the fever to kill humans whenever a new Half Vampire/Half Man was born. Their plan was to wipe all half breeds out of existence. Especially, on the hunt for Damian and Ariel’s child, Gabriel.

How many battles would it take to stop these vampires? Would Gabriel survive the attacks?

Gabriel had imprinted with Ruth but would he grow to marry and have a child of his own? If he was to survive the attacks and fill Ruth’s womb with a baby, would she survive the birth or would their child take their lives?]

*”They meet the shape shifters, werewolves and together they fight battles with death upon them.  There’s imprinting, marriage, and possible loss of lives through several battles due to several vampires having a hit on their family while wanting to wipe the half breeds out of existence.”

The Scent Of A Man Series I – Book III (Newborn Army)

[Damian saw the vampire in charge right away but he was completely surrounded by newborns which were clearly out of control while looking for blood and their next victim.

“We will have to wait for a moment that he’s alone and it’ll only be for a split second.” Said Damian. “Whoever sees it first, go in for the kill.

Hours had passed and the newborns still made it impossible.

Damian was about to call it a night when he heard a roar and something flew past him. It was Ash. “Ash No!” Yelled Damian.

The newborns were all over Ash. He couldn’t fight them all off. He was covered in bites, whimpering and barely conscious.

Will Ash survive the Newborn Army?

What will be left of Damian’s covenant after the attack of the Newborn Army?]

*”The Vanburg clan has placed their life in danger once again because the vampires that were on a crusade to wipe the half breeds out of existence are back again for more battles with possible life loss by building an Newborn Army of vampires and not just once but twice!”

As for what’s next, no one says you have to stop a series at three so I’m currently writing book 4.  It’s titled The Covenant.  I’ll give you a hint.  The vampires have someone in charge over them and they will have to step in and mitigate a possible catastrophic battle.

Give my story a chance and you’ll agree when I say you WILL want more!

Thank you for reading my book!

You can grab the audio here on Audible