To Be Alive Is A Miracle! By Alta Ornett Holder 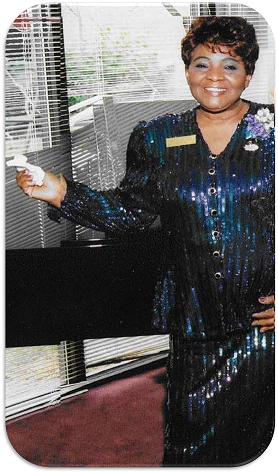 Please give a donation to help share my story of Miracles. Share this with those who need hope in believing that nothing is impossible with God (Philippians 4: 13), and need a new lease on life. I have also published my book “To Be Alive Is a Miracle”. You can buy it at ReadersMagnet, Amazon.com, visit Barnes & Nobles or get a digital from Apple, EBook, Nook, Kindle, or Kobo. Thanks for your support and I am confident you will enjoy reading how God brought me through many miracles. I am the mother of five children. For sending donations or requesting more copies to share with others, you may contact me at the address listed.

To Be Alive is a miracle! The Bible says, “I will preserve thee”, Isaiah 49:8. As I look back over my experiences, I know God has preserved my life, not just once or twice, but four different times! In miraculous manner, I have been hit by four cars and dragged by three of the four.

At the age of seven, I was chased into the street by two older boys and a big German Shepherd dog who broke his chain.  Falling on the back of the car, the dog and I were dragged by the car three long bloody blocks, crushing my head and skull flat. I lay unconscious for twelve months, fighting between life and death. Only awaken and falling back into another sleep that lasted six more months, where I was announced dead three times. After much prayer between mother and father, family and friends, the last time, father asked the doctor to let me stay in the bed until morning. My father had great faith in God.  He contacted an Evangelist friend in California and requested him to come at once to the hospital. Mother and father continued to pray. The next morning, he finally arrived and came immediately to my bedside. A season of prayer followed. God still hears prayers! Within short time my heart started beating again. After being examined by the doctors, they exclaimed, “It was a Miracle from God!”  We were sure she had taken her last breath. I was on the road to recovery, even though still unconscious.

One evening, two years later, a boy in our neighborhood pushed me in front of an oncoming car. The vehicle ran over my left foot and broke the bones. I could not walk a full year. During my hospitalization, I remained calm and cheerful, as I trusted God for another miracle. I refused to become despondent as life continued.

I reached the high watermark of my spiritual experience in June of 1965, by attending a tent meeting in Atlanta, Georgia.  My soul was filled with the Word of God, where I accepted Christ again and was baptized in August of 1965 with my seven-year-old son.

A few weeks later, I entered the literature evangelist ministry and began to sell religious magazines.  I loved the work.  I sold many magazines, when out of the blue, tragedy struck again.  One cold wintry day as the snow tumbled from the skies, I was crossing the street on a red light and without warning, a car racing 80 miles an hour on the wrong side of the street hit me, boring down upon me, knocking my body up in the air.  When I fell to the ground his back tire caught my right leg, crushing me to the ground and dragging my body a half of a block down the street, spinning around three times with my body, throwing me in the opposite lane.  A truck then hit me and dragged my body back up the street where I originally got hit.  The impact hit me so hard that my frail body laid battered and broken.  I sustained a broken neck, fractured ribs, fractured spine, punctured lung, broken bones in my legs and a gaping hole in my heart and head.  Surely this would be the end for me.  But no! the Lord spared my life again.  I was unconscious and paralyzed.  Skillful surgeons spent seven long hours patching me with a steal rod replacement bone.  Concerned pastors, church members, family and friends prayed for my recovery.

Two of them stayed by my bedside until the early hours of the morning, praying for my recovery and God’s will to be done.  I stayed in the hospital six months and wore a cast, taken on and off for a year.  Slowly but surely, I began to mend and recover.  My strength returned as I thanked God and took courage.  But I had to face yet another crisis in my life twenty-four months later with internal complications in my abdominal and chest cavities.  Rushed to the hospital, I was worked on diligently for twelve hours by five surgeons to correct the malfunctions.   Some of my ribs were removed; my stomach cut in half, half of my right lung removed.  Afterwards, I still faced more surgeries but to know it all you must purchase the book for all the miracles that has happened in my life.  This book is worth reading because for my life is definitely a miracle.  I have to pinch myself sometimes to believe I’m still living.  There’s so much more to tell and I want to tell it all but due to finances, I haven’t been able to publish the rest of the continuing miracles.

If you believe someone has given up and has no hope, please read “To Be Alive Is a Miracle” as it will give them hope that with God, “All things are possible”.  Please purchase