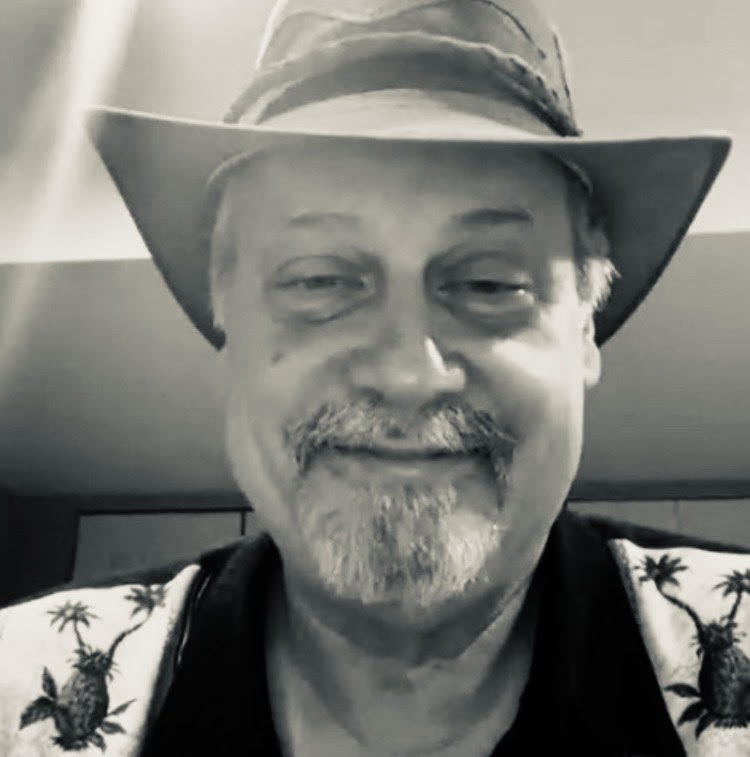 Eight-year-old Ted Huntington wrote a play called Blast Off to Ecaps that his second-grade class performed. He thought he had peaked as a writer as a youngster but fast-forward some 35 years and the marketing executive decided it was time to dust off his typewriter. When he considered a story idea, one tale came to mind… Ecaps. So, Ted turned his second-grade play into a young adult novel, self-publishing the book on Lulu.com. He followed up Ecaps a few years later with Blast Off to Earth.

And then Huntington reverted to his marketing career.

Fast-forward another decade, and it was time for Huntington to take his writing passion more seriously.

“I had this seed of an idea sprouting in my brain,” Huntington explained. “All those amazing Marvel and D.C. Comics movies gave me an idea: what if there was a superhero who was not fighting crime, but instead he used his powers in a more realistic way… on the sports field?”

That is how Doug Maxwell was born. Doug is the story of an artistic boy whose overbearing father drove to become the athlete he dreamed of becoming. By age 12, Doug was a disappointment to his father, who failed to recognize his son’s amazing natural artistic talents. A supernatural storm struck, granting Doug Maxwell his greatest wish – to please his father. From that point on, Doug was an unstoppable athletic force, but he was also cursed by the storm. He would face unrelenting obstacles in the sports world. The storm bestowed a dark side unto Doug. Although the storm guaranteed that Doug Maxwell would accomplish incredible feats, it also guaranteed that he would depart the Earthly realm for the ultimate cosmic dimension once he attained his true destiny.

Doug Maxwell by Theodore Huntington was published by Next Chapter Publications, which also produced the follow-up to Doug, another supernatural hero saga titled Charlie Estrella.

The title character, Charlie Estrella, is also visited by the mystical storm, which grants Charlie his greatest wish – to become the greatest musician the world has ever seen. Charlie’s path to his destiny is hindered by numerous hurdles, some human, and some supernatural and evil. Charlie achieves his dream, but there is something blocking his path to the ultimate dimension. The race is on, as Charlie’s evil foes work to crush him and his destiny.

“After I wrote Doug Maxwell, I received a lot of requests from readers to create a series of novels with the same theme,” Ted noted, “I decided to write The Storm Trilogy. Doug and Charlie are books one and two. I plan to write the third and final installment of the trilogy in 2021.”

Huntington said he has received requests from the Hollywood community to create screenplay adaptations of his novels. “After Doug Maxwell was published, I was approached by a movie studio to write a screenplay version of the novel. Frankly, as I have written both Maxwell and Estrella, I envisioned each scene as if it were a movie, so I suppose the stories lend themselves to the big screen. I worked with a good friend of mine, Douglas Stuart, who has written numerous screenplays, and we wrote the movie adaptation of Doug Maxwell. That studio passed on the script – go figure Hollywood – but we continue to look for a studio willing to produce the movie version of Doug Maxwell. The screenplay has also won an award from the Drama Film and Writing Festival. We will gladly create a Charlie Estrella screenplay as well.”

Huntington is also passionate about helping other authors to achieve their dream. In April 2020 he created the Facebook forum Authors’ Networking Group (ANG), which now includes over 1,700 members, many of whom are writers looking to network with other authors and support services.

In addition, Huntington and his daughter Jenna Huntington, a trained proofreader and editor, are in the process of forming Women’s Writes Publishing and Author Services, which is dedicated to the empowerment of women and stories that promote female strength.

Ted concluded, “I want to wholeheartedly thank Author’s Lounge for recognizing me and my work. Author’s Lounge’s commitment to writers is highly commendable.”