The Witches of Vegas by Mark Rosendorf 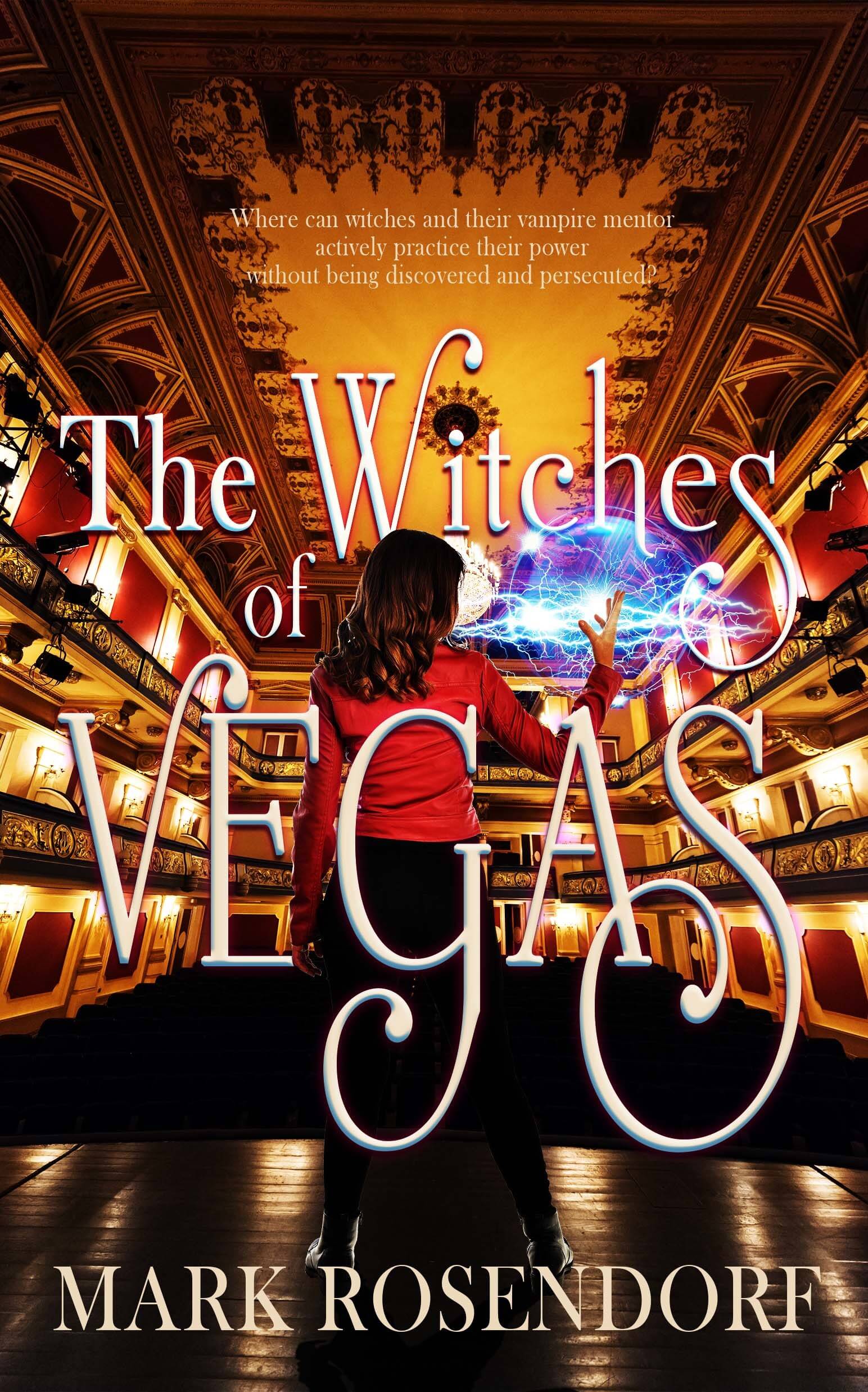 My name is Mark Rosendorf, the author of The Witches of Vegas, and it is a pleasure to be here in the Author’s Lounge. The Witches of Vegas, published by The Wild Rose Press and released in August, 2020, is a story for anyone who likes witches, vampires and stage magicians. How do stage magicians fit into this supernatural fantasy story? With the answer to a simple question:

Where can Witches and their vampire mentor practice their powers without being discovered or persecuted?

By using their magic, the Witches of Vegas become the number one act performing on the Las Vegas Strip–a great achievement for them, but not so much for the magicians–who can’t possibly keep pace.

Isis Rivera is the adopted fifteen-year old daughter of The Witches of Vegas. Zack Galloway is the teenage nephew and assistant to the last magician left in the city. Although they should be rivals, when Valeria, a four-hundred-year-old witch with a long-seeded grudge against humanity arrives in Sin-City, both teens act to bring their families together to stop the evil hag in her tracks.

The story revolves around Isis Rivera, the teen witch who is adopted by The Witches of Vegas, and Zack Galloway, who is a fifteen-year-old magician’s assistant. Despite being performers, neither are the popular kids in school. In fact, Zack is bullied constantly by peers he can’t relate to while Isis is homeschooled and is sheltered by her well meaning adopted family.

Zack’s uncle, “The Amazing Herb Galloway” was once a successful Vegas magician. That was before The Witches of Vegas’ show took over the town. Now, they’re one show in front of a near-empty auditorium away from losing their home. Neither Isis nor Zack are the villains of this story, they’re just on opposite sides while trying to keep their secrets from each other and the world. Can they find a way to bring their families together in time to stop Valeria from taking over the city and possibly the world?

The Witches of Vegas was an idea that came to me at 2:00 in the morning. I am a former magician myself. Today, as a high school guidance counselor for students with special needs, I teach magic and train my students for stage performances. What I find amazing about magic is how much time, money and practice is put into any given show behind the scenes. But, once on the stage, an audience can’t tell how the tricks are done…to them, it may as well be witchcraft. What a perfect hiding place for witches who don’t want to be discovered or persecuted for their mystical skills.

Before long, the characters, the plot and the entire story formed in my head. If I didn’t know better, I’d believe Isis, Zack and The Witches of Vegas channeled me from another reality so I can share their story here. If that is the case, then sharing their story is exactly what I have done.

The Witches of Vegas is a young adult fantasy novel, however, it is also a story that can be enjoyed by any reader, no matter their age. It is a story about found family and resiliency in the face of danger. It was also a finalist in the Young Adult category of The 2020 International Digital awards and one of Shelf Unbound’s 2020 Notable Indy books. A sequel is scheduled to come out in early 2021.

As quoted in one of the many reviews, “Isis Rivera and Zack Galloway are two teenagers you’d want as your best friends.”

Other reviewers have said the following:

The Witches Of Vegas is simply screaming out to be a movie series. The glamour and sparkle of Vegas juxtaposed with the magic and dark undertones of the story would convert so well on the big screen. One can only hope that Hollywood snaps up this incredibly engrossing adventure.

What I loved most was how fresh this storyline was for the fantasy genre. I haven’t read anything like it, which was a HUGE plus for me. This book was just what I needed to get back into the fantasy genre! The Witches of Vegas is one I’ll be reading again!

I thoroughly enjoyed this story, the drama was exciting, the magicians’ tricks were described so well that I could imagine them happening in front of my eyes and the ending left me wanting more. I am very pleased that Mark Rosendorf will be continuing the story of Isis, Zack and the Witches of Vegas.

That’s what the reviewers thought, but I’m more interested in what YOU think. Does this sound like an adventure you’d like to take? If so, The Witches of Vegas is available in print, ebook and soon to be an audiobook. To check it out on amazon, click on the following link:

The Witches of Vegas’ next show is waiting for you.

Like all authors, I am on social media. (It’s a prerequisite)