The Genesis of a Novelist 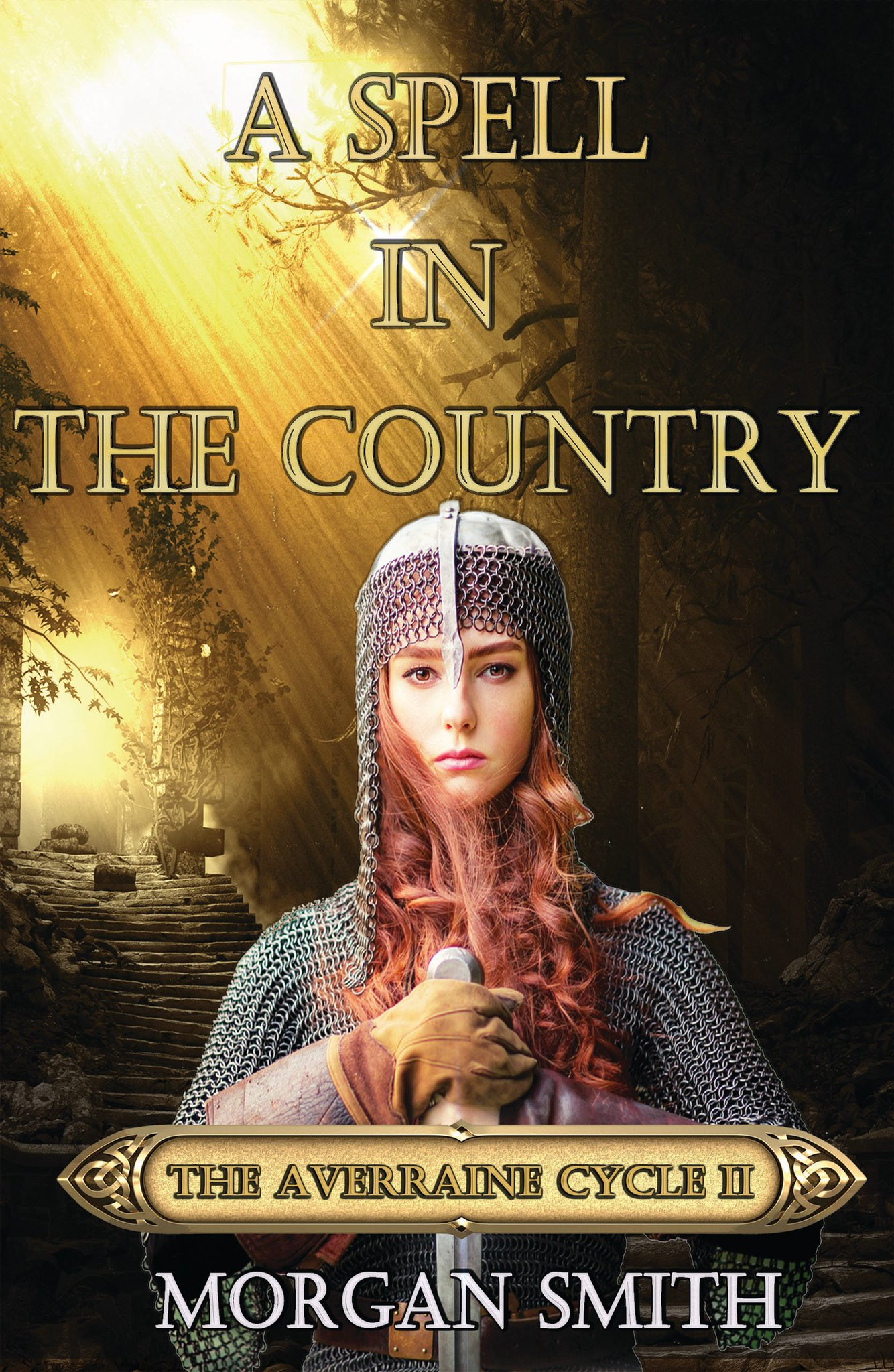 Sometimes, writers get started out of pure chance. Sometimes, they never meant to be writers, but it still works out for them, which is, I guess, the very definition of serendipity.

I wrote my first novel, “A Spell in the Country”, on a dare.

I never intended to devote my life to writing. At the time of the dare (the late 1990’s) I was a bookstore owner coping with the onslaught of the “big box discount store” and a handweaver/archaeologist experimenting with reproducing different kinds of cloth from history and prehistory. I had enough going on in my life.

It all started with an advance copy of a fantasy novel by a new author. The book rep gave it to us, and I couldn’t get past the first page. Neither could my co-owner. None of our friends, relatives, random customers or staff. It really was that bad, and when the rep came back a couple of months later, we told him so.

But his employer was pushing this hard. They were putting a lot of money behind it. It had a half a page, in colour, in the catalogue. He really, really wanted us to order a few copies.

I said it wasn’t worth even the death of one tree.

“It’s hard,” said the publishing rep, “to write a novel.”

“Obviously,” said I, “it is not. Writing a good novel might be hard, but this book shows that any 80,000 words strung together on the pages is pretty easy.”

“I double dare you,” said my business partner, highly amused.

“Fine,” I said, without thinking through what this might do to my finely-crafted schedule of life.

I actually did the minimal plotting I deemed necessary while sitting in rush-hour traffic on my way home. I did the more basic part of the character development while waiting for my husband to finish cooking supper. I dreamed up the opening scene while in the shower the next morning.

But I managed to figure out two things very quickly. One was that I knew that if I strayed too far from the most basic of fantasy “plots’ I would be screwed, because I had zero experience, so I stuck with “A bad thing happens, my main character would fix the thing, and there should be a happy ending where good triumphs over evil”.

The second thing was that I should not do any of the things that annoyed me in the book that had started this all.

So, my heroine would not be “the chosen one”, there would not be any prophesies or ridiculously convenient “special talents”. I would, wherever possible, subvert those tropes without actually stepping very far from a simple “Good vs Evil” fairy tale.

My heroine was an ordinary person caught up in extraordinary circumstances, who won out because she did ordinary things (within the confines of fantasy) – it would be her essential character that determined her behaviour and the (victorious) outcome.

The book begins with her being hoodwinked into treachery, and then being given a reprieve of sorts, but it was a reprieve that ought to have sidelined her and made her a complete failure in life. It turned out to be a terrific idea, because getting her out of that doom made me write a whole lot of interesting things that were a lot of fun. (For me, anyway. I don’t think, were Keridwen a real girl, she would agree.)

Basically, I wrote every morning for a couple of hours before going in to the shop, five days a week. Nine months later, I typed “The End”.

I printed out and bound a copy. I passed it around to friends and store customers, many of whom were published authors, and everyone said the same thing: Publish It! A fairly famous and successful fantasy author even gave me the name of his agent (very secretly) but the agent was uninterested.

I wrote a synopsis and a cover letter and printed out those along with the first chapters, and sent it out, serially, to every publisher I could find an address for. I got enough rejection letters to paper the entire master bedroom with.

Eventually, I gave up. I had done what I set out to do, which was to win a very posh lunch paid for by the rep who had issued the challenge, and frankly, life was intervening in a big way. I put the manuscript in a box and forgot about it for fifteen years.

FAST FORWARD: It was the advent of e-publishing and the realization that my career as an archaeologist was going nowhere, due to those “austerity measures” that governments and corporations became so incredibly attached to, that made me resurrect the book, and then, because these things are addictive and in the back of my mind, I had been unconsciously thinking up a half dozen or so other books in the series (which is why this one ultimately became “Book Two”) that I could write, I took the plunge.

And now here I am: four novels in, and writing an article about all this for the Author’s Lounge.

Morgan Smith is a former goatherd, a textiles geek, and occasionally an archaeologist as well as the author of several fantasy novels including “The Shades of Winter”, “Casting in Stone”, and “A Spell in the Country”, a romantic fantasy called “The Mourning Rose”, an academic thing on what the early medieval Irish ate (“Bricriu’s Feast”), and a memoir about growing up hippie in the 60s. Her life is held together by caffeine, cigarettes, and cheap granola bars, and she will drop everything to go anywhere, on the flimsiest of pretexts.

A Spell in the Country