The Forgotten – a collection of short stories by C.M.Hindmarsh 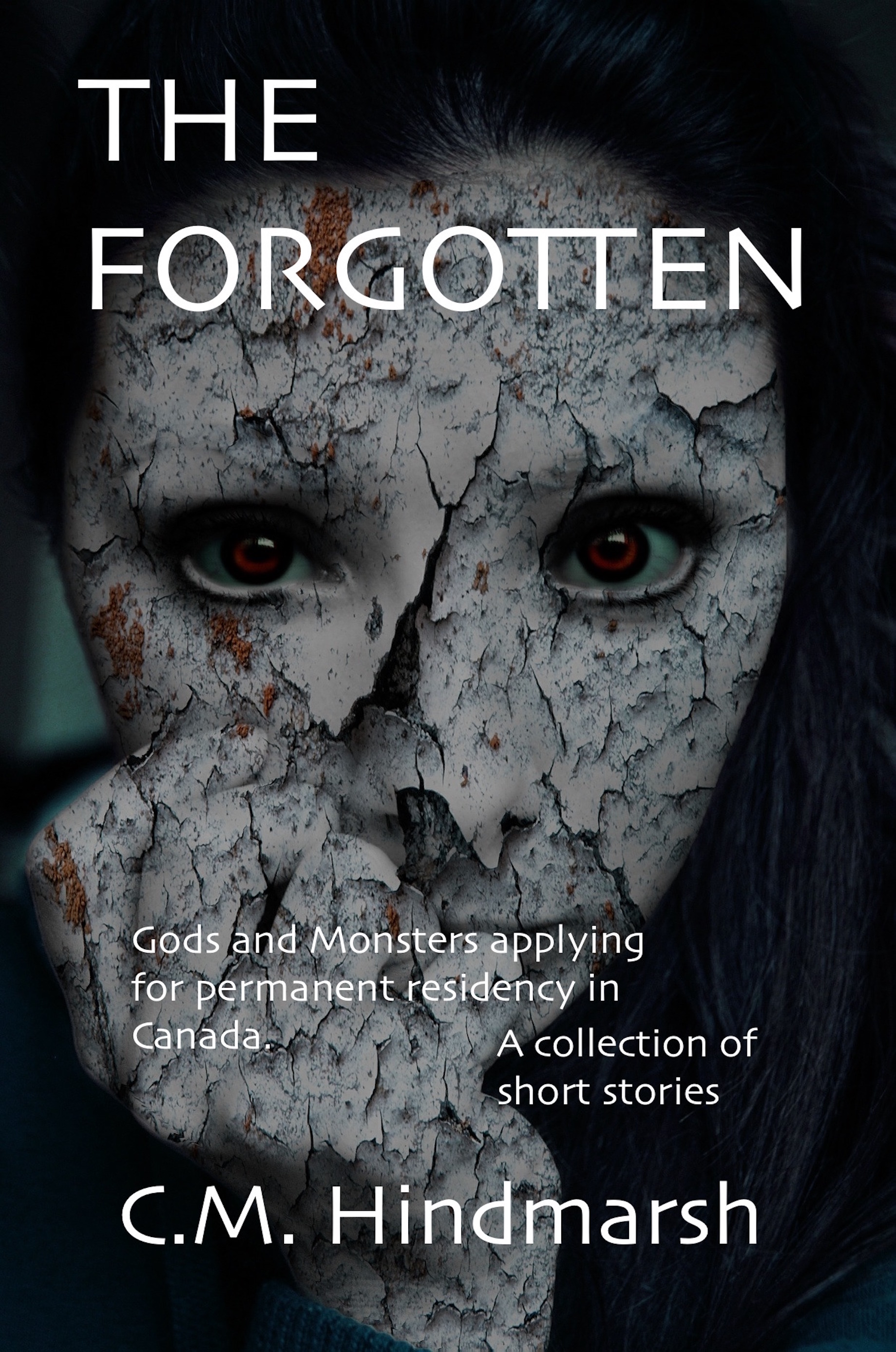 When Jennifer Jackson from the Author’s Lounge asked me to write an article about my latest book The Forgotten,  I jumped at the chance. Oh, no, please don’t make me regale potential book buyers about my literary baby, said no author ever!

The Forgotten is a collection of supernatural short stories about the ancient creatures of the olde world who have immigrated to Canada. Thirteen stories to be exact and gee there just happens to be thirteen provinces and territories. What a coincidence?

As Canada is a relatively new country, this seemed like there perfect place for mythological creatures to set up shop and blend in with the masses. Who says a cultural melting pot has to be exclusively human?

The inspiration for this collection is due in part to the wonderful writings and research of Joseph Campbell who maintained that the world is in such bad shape because we no longer create myth and tell mythical stories. Our young people have no moral compass because modern media has none and there are no more rites of passage. So, instead of creating brand new creatures, I decided to give the monsters of the olde world a make-over and a start-over in Canada.

The other part of my inspiration comes from the odd, wonderful and sometimes nasty beings that I have witnessed over the course of my life, A life deeply rooted in shamanic practise. I’m not asking you to believe me, but I assure you that the person sitting next to you on the bus or your shifty next door neighbour may be disguised and playing the part to “ fit in “.

The Forgotten is suitable for a wide and varied audience. Fans of horror, supernatural and paranormal, dark fantasy, magical realism and Canadiana will all enjoy my collection. You’ll also enjoy it if you have a good sense of humour as I’m frightfully witty and poke fun at just about everyone and everything. I will warn you though that some stories contain adult themes and a few of the stories would frighten young children. If this book was a movie, I would rate it as PG-13.

I believe that the best monsters are those we empathize with the most. Who can’t but feel deep sorry and sadness for Frankenstein’s monster or Lena from Let The Right One In? The short stories of The Forgotten explore this theme and I’m sure readers will agree that the scariest and most vile ghouls are actually human.

The Forgotten was a testing of the waters, so to speak, to see whether my style of writing would be of interest and would readers want more. So far, I’ve received plenty of good feedback and reviews and my blogs on my website have been enjoyed and well received. I really wanted to do a lot of in person book signings but in the new world order that may be a thing of the past. So, I will soldier on with social media advertising Twitter, Facebook and reviews, Google ads and Amazon ads and slowly but surely create my writing empire. I’m in the planning stages of a new book, more supernatural shenanigans but not a book of shorts stories.

As I previously mentioned, I am a Shaman and write from what I know. I’ve been professionally employed in the film industry for decades and also write feature film scripts  and create my own films. One of my films is playing in a film festival in Venice, Italy right now but I can’t reveal anything else to keep my nom de plume and other life separate. Very mysterious don’t you think?

Thanks for reading and thanks to Jennifer Jackson and the Author’s Lounge for making it all possible.