The Feast and Other Horrifying Tales By David Vorhees 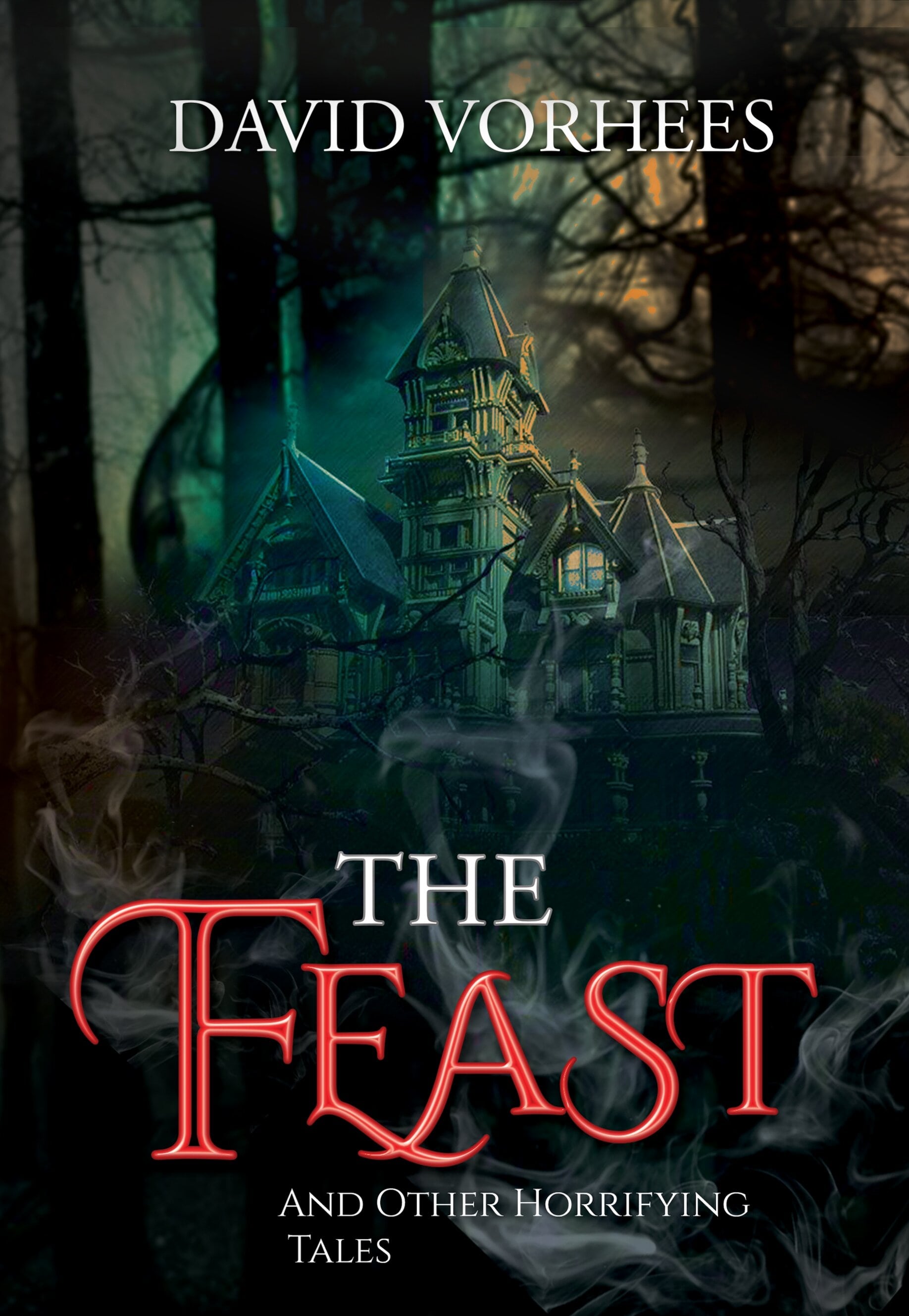 I wish to start by thanking Jennifer Jackson of Author’s Lounge for reaching out to me and asking me to write this article and for her interest in my book “The Feast and Other Horrifying Tales”. I feel very appreciative of this honor. The Feast is a collection of short horror stories. Each story takes place on one of the seven major American holidays: New Year’s Day, Valentine’s Day, Easter, Fourth of July, Halloween, Thanksgiving, and Christmas. I tried to give each story its own unique writing style and story. No two stories are alike and because of this I feel there is a story in here that any fan of horror can enjoy.

A New Year, a New Day, a New Life is an homage to Edgar Allen Poe’s Tell-Tale Heart, which is my favorite story from one of my favorite writers. In it the main character does something wicked and during questioning by police he begins to hear a very specific ring tone. Is this real, imagined or supernatural and will it cause him to lose his composure or will he get away with murder. Necrophilia- A Love Story tells the story a man in love with a woman he truly doesn’t know but has made up a relationship of sorts in his mind until he can no longer tell the difference between reality and imagination. The title tells the reader what is in store but it’s the journey not the destination that is important. I have known many people who suffer from poor self esteem.

In my experience those individuals can sometimes create entire lives with someone just from a glance and without ever speaking to then. The human mind can be both terrible and creative at the same time. The Resurrection tells the story of a man’s sinful past coming back to haunt him in a form of a man he wronged and long thought dead. This story was the final edition and the one that was hardest to find. I kept trying to figure out a way to make Easter horrific. Knowing what Easter is about I thought of zombies at one point but then I remembered how much I loved Easter egg hunts as a child and thought this was way better. American Hero? Is a tale if a man whose fear and guilt drive him mad. As a survivor of sorts to the destruction of the twin towers he feels he should have been there and that he needs to do whatever he can to give purpose to why he was “saved”. I had the idea for this story about a year or two after 9-11 and I remember how racially paranoid the country became because of this incident.

The Vengeance of Cassidy Clay tells the story of a slave hunter prior to the Civil War who kills the wrong person in the wrong place. As he is killed himself, he vows vengeance on those who killed him and how his restless spirit enacts that revenge on Halloween night. This tale was inspired by the Disney version of Sleepy Hallow, specifically the scene where Brom sings about the headless horseman. I wrote this story in verse because I wanted the Halloween story to stand apart from the rest. The Feast is a tale of a small family on there way to celebrate the Thanksgiving holiday with family. On the way there they have an accident and encounter a friendly family but the unassuming family hides a dark secret that goes back to the first settlers in Ohio. This was the first story I wrote for the book and the one that gave me the idea of a book dedicated to holiday horror. I first got the idea when I read an article on a blog site about a Thanksgiving horror movie where the turkey goes on a killing spree. At the end of the article the author asks the reader what their idea of a good Thanksgiving Day horror story would be and I wrote what became the outline of this story. Dear Santa is a tale of a serial killer who is confessing his sins. He knows that the dear Santa letters sent out by kids rarely get read so he decided to unburden his soul. It’s a risk but a very small. In the letter he talks about his crimes and why he does them. As with most journal type letters, he offers no names and no descriptions of himself. This story was inspired by the notebook journal of John Doe in the movie “Seven”. I was always thought it would be different to see the world from a serial killer’s point of view and I also think that a serial killer’s anonymity it his greatest strength. Anyone could be a serial killer and that is why there is no description of the main character.

As for me I am a veteran of the U.S Navy. I grew up watching and reading horror from a very early age. As like my character in Necrophilia I to have suffered from low self esteem and didn’t start writing until late in life because I did not think I would be very good at it. I attended the University of Phoenix online for journalism because I wanted to be a sports writer but found I wasn’t very good at that. I did however get a job as a reporter for a small town newspaper and that showed me that I could do this. I like to say I am not a good writer as far as sentence structure is concerned but I am a hell of a storyteller. I hope people enjoy my stories and hope that one day they can be made into movies or a show so more people can find them. You can find more of my short stories on my blog. I am currently writing my second book titled Brothers Keeper.