The Devil’s Deeds by Latasha Oliver-Pullins 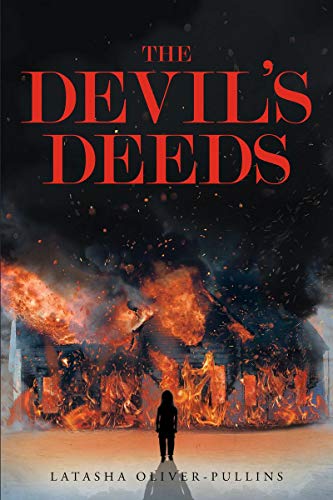 As I got older I learned to co-e with it better and death almost became routine. The death of a parent can alter a child’s life forever. Death can change one’s perspective as well as reactions and behaviors of all those affected. Spouses try to move on and children try to understand. After such an event a void is left that welcomes anyone to make it whole again. Having grown up with a stepmother myself I value the importance and role a stepparent must take on. I also understand good is not always the outcome. Although fictional The Devils Deeds gives a twisted and morbid look into the lives of two children, Tina and Charlie, and the havoc the introduction of their stepmother, Doris, would inflict on their lives. My own stepmother was a sweet, gentle, God fearing woman who cared for me and my siblings as her own. I felt blessed to have her and welcomed her to fill the empty space that’s left behind by a loved one leaving or dying can cause. Although my experience with a stepparent was pleasant, imagine if it hadn’t been. The Devils Deeds is an example of how one’s life can change if the lost loved one’s replacement is not so healthy or sane. Tina and Charlie have a much different experience with their stepmother Doris. In Tina and Charlie’s case the catastrophic car accident that caused their mother’s death opened the door and invited the devil in. They would learn the outer beauty Doris enticed their father with hid her brutal nature. When you’re as young as they were you don’t really have any say in what or who comes in your life. it’s a roll of the dice and there is always the possibility of rolling snake eyes. Doris would prove to be the most deceptive, methodical, and dangerous entity in their home. Once cruelty is introduced it is hard to conceal its growth. Evil only affirms evil and Tina and Charlie struggled to grasp hope in their situation. With the body count increasing around them, their stability was being tested. This brings me to my next point….listen to your children. Many times Charlie and Tina tried to tell their father of the strange behavior Doris would exhibit when he wasn’t around. However, their father had fallen in love with the chameleon and would hear nothing ill about his new found love. Their words fell on deaf ears and it would be his demise. Without a mother or father they are left to fend for themselves against Doris’s murderous appetite. The Devils Deeds shares their journey into the black abyss. The things they witnessed would strengthen one and weaken the other, no doubt, altering both their lives forever. The Devils Deeds, available at Amazon.com, shows how two children in the same household can perceive and react differently to the exact same situation. Just as life keeps you on your feet so will their unbelievable story.