The Deception by S.K. Way 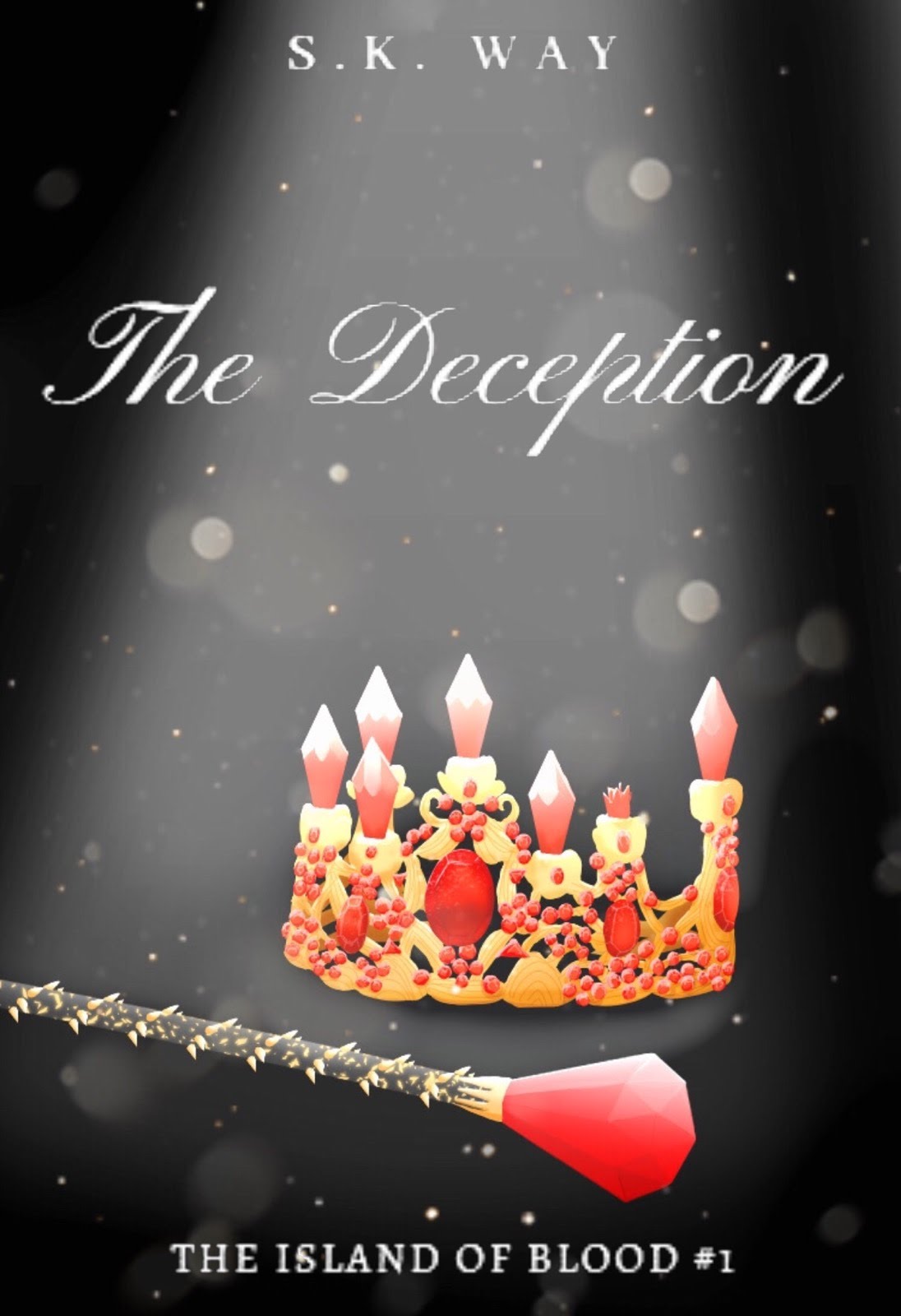 The Deception is a Young Adult Dystopian Novel full of betrayal, revenge, and mystery.

The Deception is the first book ever written and published by S.K. Way (Setayesh Kazempoor, Kaylan Way, and Katherine Hutzel). The Deception was inspired by some inside jokes between friends, that eventually turned into a story idea!

The Deception stars Iris, one of the main characters of the story. Iris is stuck on an island with no past memory. All she knows is what The Committee, the island’s ruling group, tell her. Iris is thrown in the middle of a competition to become the next Advisor, a member of The Committee. However, there are many secrets that she didn’t know, and as the competition moves along, Iris starts to realize inconsistencies between what is on the island, and what she is being told. She also comes to realize the consequence of failing any challenge thrown at her: death.

The Deception also stars The Dictator, a woman taking revenge on her boyfriend, who was killed at the hands of Iris. She will go far to avenge the death of her boyfriend, but that also means that she will have to step on morals to achieve her goal.

The Bookkeeper knows that she has to stop her friends. The spirit of her dead sister is even telling her to do so. But will she choose to side with her friends, or risk losing a friendship, and perhaps suffer a terrible fate herself?

This book was inspired by an inside joke between our friend group. All of us had different strengths and had different aspects in our personalities. This eventually turned into us creating roles for one another in the group. The Dictator, The Advisor, The Bookkeeper, The Artist, The Scientist, and The Blacksmith were all actual things we called one another, completely based upon the personality of that person.

The Blacksmith for example, had taken a lot of defense classes, and could work with different things, like bow and arrows, which eventually led to this alias. The Artist, naturally, was a good artist, and the advisor was the one whose suggestions we all took. The Scientist was really good with science, and enjoyed performing various experiments at any time that she could! This mixed up with aspects of our favorite stories, and eventually turned into The Deception!

The Deception was originally written for young adults, and is still meant for that age group. However, many adults have claimed to enjoy it as well, so we guess the story had a wider age range than we thought! The Deception still does have a lot of young adult aspects, including the dystopian style mixture, which made us recommend it to fans of young adult books! While writing this story, we definitely did think about the concepts that we had seen many young adult readers enjoy (including ourselves!). There were the challenges that the characters had to face, and the style in which the book was presented. As a result, we would definitely say that it was intended for young adult readers!

The book is actually going to be a part of a series called The Island of Blood. We plan on it being a trilogy for now, and we hope that we will be able to spread the word about the book more! The characters in this story still have a lot more adventures to go on, and a lot of more challenges to face!

To talk about the authors, we are three teenagers who absolutely adore reading and writing. We all play the violin and were in eighth grade at the time of writing this book, and definitely enjoyed the experience!

You can connect with us on Twitter or on our website! You can also get a copy of The Deception here: Amazon.