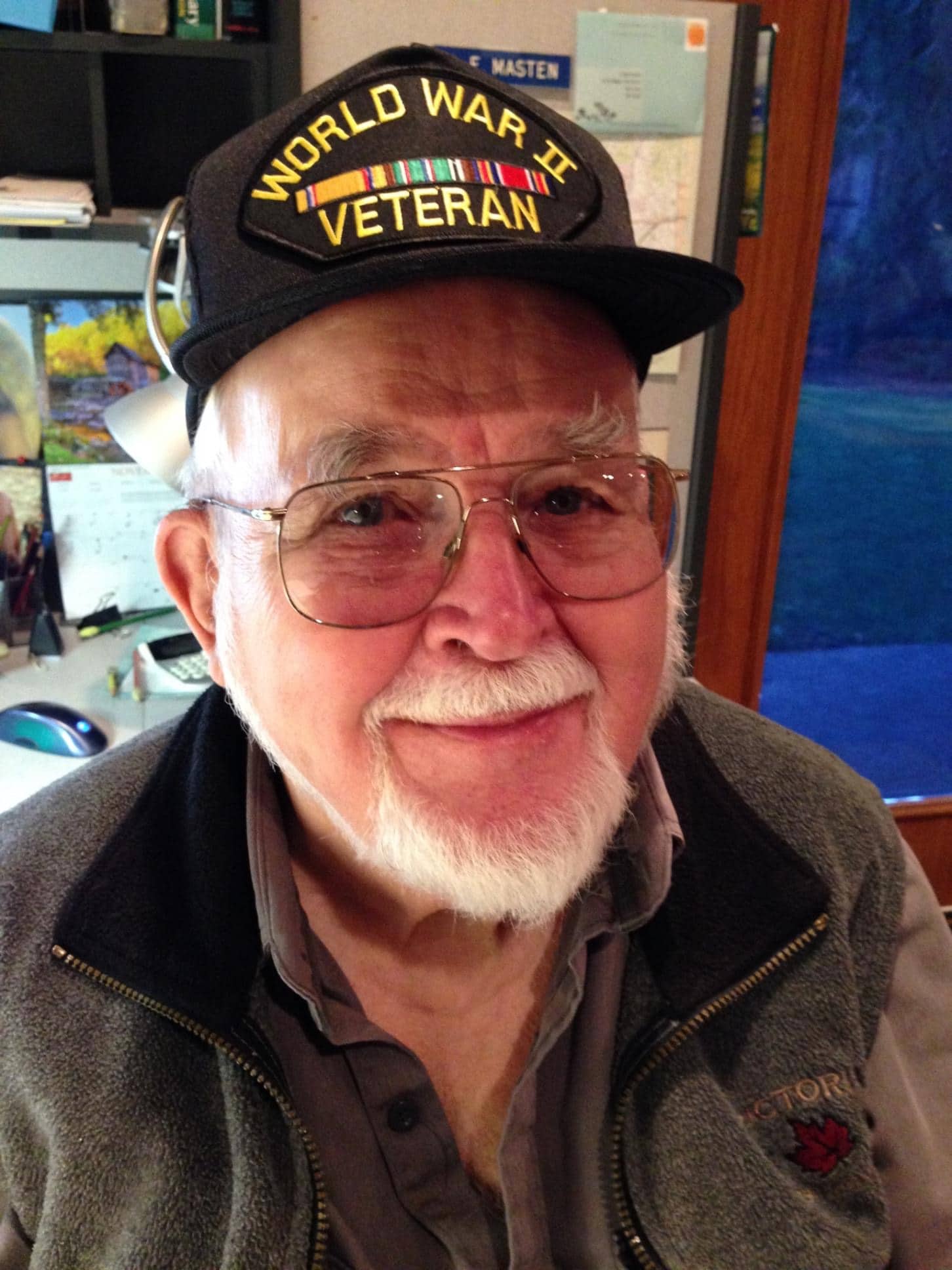 Ralph was born in Sandusky, Ohio, USA on November 1, 1923.  Before finishing Sandusky High School, he was an employee at the Plum Brook Ordnance Works in 1941. Started as a Messenger, became a Catalog Clerk, moved on as an Engineering Aide before entering the Army Transportation Corp in 1943. His basic and specialized training were carried out at three forts: Hamilton, Dix and Meade.  Two of his three years service in WWII were spent at Plymouth England and Antwerp Belgium as Chief Clerk of the Port Headquarters Ordnance Office.

Following an early retirement, Ralph and his wife and sometimes children, relatives and friends went traveling for the next 20 years until her life was claimed by multiple sclerosis in 2006.  He then moved to Anacortes, Washington (north of Seattle) and lived with a son and his family.  Ralph’s son and his wife were both doctors.  Ralph’s oldest daughter, a Nurse Practitioner, was the nanny for the three children.

In 2016, the eldest son back in Ohio, also a doctor, urged him to return to Ohio, which he did.  Ralph temporarily lived with another son and his wife in Eastlake before moving to the Commons of Providence in his old home town of Sandusky. This is a collection of mostly brief stories of various types of interesting happenings that occurred during times of both world peace and war.

Their range of happenings in peacetime goes from childhood adventures to the life and and death situations experienced by adults at home  and during trips in all fifty states.  Suffice it to say that experiences in wartime ranged from very enjoyable to the tragedy of losing a friend  and almost one’s life.