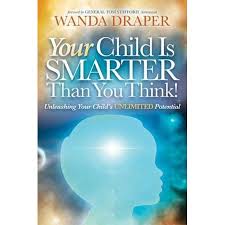 What comes to mind when we think of failure?  Usually, criminals.  Convicted criminals more so.  They were even unsuccessful in their criminality as is evident of being caught, tried and incarcerated.  Criminals are people who have failed in life. (However, not all people incarcerated are failures.)  They neither have a respected profession or career, nor a secure financial future and their family-life is in shambles.  The epitome of failure is manifested in criminal behavior.

Through the court cases I have worked on, the glaring fact is that failure is not only a behavior anymore, it is a characteristic.  It has become part of the make-up of these people.  We all have experienced instances of failure.  For example, we received a failing grade on an assignment, our supervisor insists we re-write a report, we do not qualify for a timed athletic event or our team lost the game.  These are all instances of failure; however, they do not define us as failures.  Yet, the people caught-up in crime are no longer people who have met with events of failure—they have become failure.   The characteristics of failure are seen in the cases presented in The Witness.  So, if this is failure, what is success?

Success…isn’t it being where you want to be now? Is it all about finances?  Is it about your role in the community?  Is it the letters that follow your name? Is success achieved through how your family is doing?  There are as many different answers to this question as there are people. But there are some common markers, or characteristics, that align into being successful.

Throughout my career, I have been asked by so many people, especially students, about how to achieve success.  So, I decided several years ago to make a study of successful people to find some characteristics common to those considered successful.  After interviewing students in a school of science and mathematics who were receiving invitations and granted scholarships to some of the most highly acclaimed universities in the country, I began to identify some common elements they shared.  Then, I decided to interview world renowned individuals with a lifetime of success.  This led to interviews with astronauts and cosmonauts because they were recognized across the globe for their endeavors.  I had the privilege of one-on-one in person conversation with several cosmonauts, including Alexi Leonov and Valeri Kubasov, Russians; Vladamir Remick, Czech; Colonel Prenario, Romanian and American astronauts including Tom Stafford, Deke Slayton, Gordon Cooper and Chuck Yeager. The information I gathered from both the students and the astronauts and cosmonauts helped to formulate five common characteristics for success:

1) Self-Confidence—maintaining a reverence for oneself, pushing through or letting go of fears, willing to take risks, and recognizing one’s own abilities and putting these into action.

2) Getting along with others—accepting and valuing others, respecting their ideas and differences, and collaborating to achieve common goals.

4) The ability to focus—putting everything aside except the task at hand, using your intuition and brainpower to solve problems, and directing your energy to stay with the task until it is complete.

5) Self–Evaluation—being honest with yourself and asking “How am I doing?”  “How can I improve?” “Am I confident enough to ask for help when I need it? “Am I being the best that I can be—now?”

In my book, Your Child is Smarter than you Think! Unleashing your Child’s Unlimited Potential (Morgan James Publishing), these characteristics of success are further discussed as well as other aspects of children’s unfolding maturation and ways to help understand and support children’s emerging intelligences.  General Thomas P. Stafford, Commander of the Apollo-Soyuz connection in space with General Alexi Leonov, Russian cosmonaut, wrote the forward.  (The book may be found on all the major online book purchasing marketplaces.)