Stations of the Risen Christ: Easter Reflections by Frank Heelan 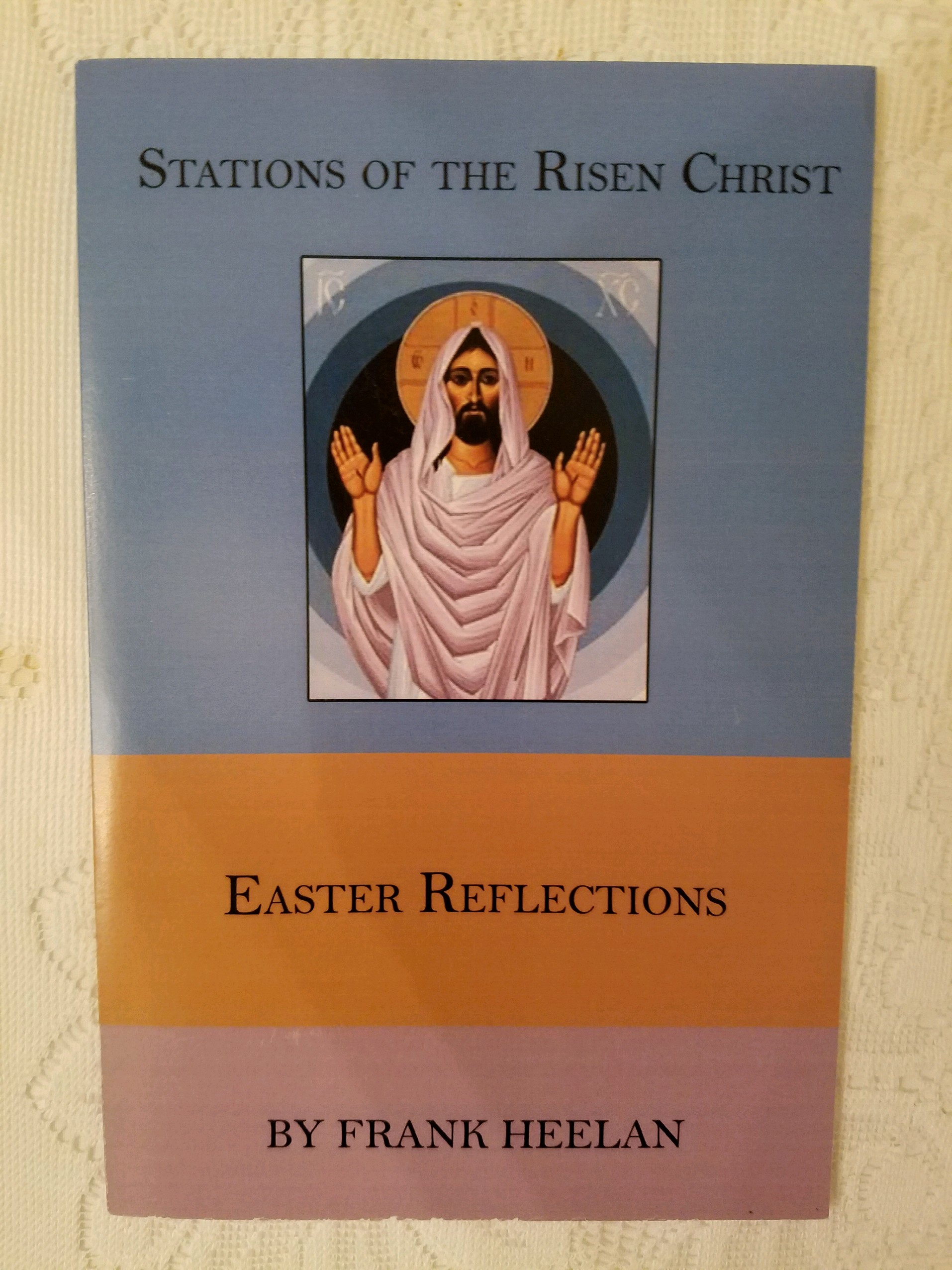 “Stations of the Risen Christ: Easter Reflections” is a devotional book that is meant to inspire people to pray and meditate on the Scriptural passages relating to Christ rising from the dead, and his subsequent appearances to over 500 disciples.

The Apostle Paul of Tarsus viewed the Resurrection of Jesus Christ as the heart of Christian faith in evangelizing people throughout the world. Paul emphatically insisted to the Romans that, “If you confess with your lips that Jesus is Lord and believe in your heart that God raised him from death, you will be saved. For it is by our faith we are put right with God; it is by our confession that we are saved.” (Romans 10: 9-10)

Without the Risen Christ, Christianity would be folly and foolishness, as we listen to the words of Paul, “If there is no resurrection of the dead, then neither has Christ been raised… And if Christ has not been raised, your faith is in vain; you are still in your sins. Then those who have fallen asleep in Christ have perished. If for this life only we have hoped in Christ, we are the most pitiful people of all.” ( 1 Corinthians 15: 13, 17- 19)

Jesus Christ suffered a humiliating and agonizing death on the cross to atone for our sins. Christ’s followers must accept the suffering and crosses of their lives in union with Christ, our Savior and Exemplar. For centuries Christians have devoutly prayed the “Stations of the Cross” to commemorate the suffering and death of Jesus on the cross, and to remind us that we also have a share in Christ’s suffering through our daily lives.

But life does not end with the cross of Christ. It is his Resurrection from the dead, and his promise that we also will rise from the dead and receive a resurrected body. It is this hope of what is to come that served as motivation to write the “Stations of the Risen Christ “ that would be anchored in the Scriptural passages of the evangelists.

While Christians pray the “Stations of the Cross” during Lent, there needs to be available for Christians during the Easter season a memorialization of Christ’s Resurrection from the dead, his many appearances to his disciples culminating in his Ascension into heaven, and the sending of the Holy Spirit to guide his disciples and Church. Christians relive these experiences during Easter time, and long for the day beyond this earthly life’s inevitable crosses, hardships, and death, when we will reach the other side and experience Jesus in heaven with our own resurrected bodies.

The “Stations of the Risen Christ” capture fourteen vignettes from the Gospel writings of John, Luke, and Matthew. A brief meditation follows each of the fourteen Scripture readings to motivate Christians to pray and acquire a deeper understanding of these divine mysteries. The heading for each “Station” best explains the Resurrection narrative and miraculous appearances of Jesus Christ to his disciples.

Second: The Women Tell the Disciples

Third: Peter and the Disciple Run to the Tomb

Fifth: Jesus and the Disciples Walk to Emmaus

Sixth: Jesus Appears to his Disciples

Eighth: Jesus Appears to the Disciples at Lake Tiberias

Jesus Christ gave a foreshadowing of his own Resurrection with several miracles of raising people from the dead to live out their lives on earth: the widow’s son, Jairus’ daughter, and the raising of Lazarus. The pivotal miracle of Lazarus forcefully demonstrates the power of Jesus over life and death.

Lazarus had been dead and buried in a tomb for four days before Christ entered the town of Bethany. When Martha met Jesus, she told him, “Lord. if you had been here, my brother would not have died.” (John 11: 21)

Jesus assures Martha that her brother will rise again, and states: “ I am the Resurrection and the Life. Whoever believes in me, even if he dies, will live, and everyone who lives and believes in me will never die. Do you believe this?” She said to him, “Yes, Lord. I have come to believe that you are the Messiah, the Son of God, who has come into the world.”
(John 11: 25-27)