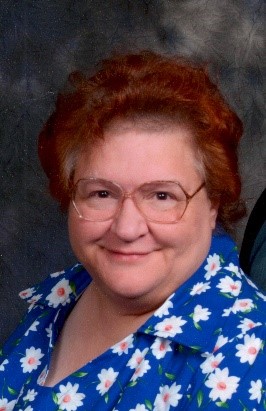 In a state, far far away, many many years ago in 1953, a daughter was born to a couple in St. Mary’s hospital in Syracuse, NY.  Of course, that building now houses a mental institution and Miss Shampine has moved to Harrisburg, PA and married Mr. John Oster.

My parents met on a blind date in 1945 when my Father, who was in the army, was stationed at the Carlisle Barracks, at the War College after fighting in the Army in Italy.  An army buddy set my father up on a blind date with Pauline Heishman, an 18-year-old working at the Carlisle Rubber Plant.  My father went back to Syracuse, NY and my mother left her father’s farm and went North to marry him.  My mother joined the Catholic faith and in August 1946, they were married.  In July 1953, I was born and in 1957 my sister was born.  The irony is my mother moved to New York from Pennsylvania to marry my dad.  I moved from New York to Pennsylvania to marry John from Lancaster, PA.

My mother lost her seven-year battle with cancer in January 1972 and I lost my best friend.  My sister attended nursing college and got married in 1979.  My father died in January 1988 after a 15-year battle with a kidney disease.  I met my husband thru Friend Finders on the internet in 2001.  We wed in June 2002 and have rescued quite a few kittens over our 17-year marriage.

After over 35 years in the employment field doing accounting and a few years of caregiving, I retired in May 2015. Since after over 30 interviews, John said to just retire and go back to writing my novels.  John retired from the state of Pennsylvania in November 2018.  I had an all white American short hair cat that I named Macloud (My cloud) because for many years, he was the silver lining in my lonely life.  Mac took a liking to John, so I knew he was a good man.  Plus, my mother said that how a man treats his mom is how he will treat you.  As usual, she was right.

Anna Oster was the only parent at our wedding in 2002.  We used a JP because her health was rapidly failing.  Anna passed in August 2003 leaving us orphans.  We were lucky that she got to spend some time in our first home in Harrisburg.  She even got to watch her son mowing the front lawn here in Harrisburg.

John wanted a kitten, so we adopted Precious Anne.  They said she was eight weeks old, but she was only six weeks old.  When John brought her home on December 31, 2002, she was covered in fleas, had ear mites, and immediately got a bath.  Macloud helped her dry herself and a bond was formed that lasted until Macloud went across the rainbow bridge in 2008.  She followed him in November 2018 just weeks shy of her 15th birthday.  We have rescued many kittens over the years, some had special needs and quite a few lived to 14 years of age.  Each one was special in his or her way.

I currently have 22 novels self-published and another four about 50% completed.  This year I have taken two writing courses to improve my writing skill.  Now I am having HER WRITING WARDEN printed through Readers Magnet.  I enjoy painting, knitting, crocheting, sewing, quilting, cooking, photographing Covered Bridges and of course, writing and sharing my stories.

I have my own cookbook of tried and true recipes that ties into what my storyteller prepares in my stories.  Copies are available on demand.  That way, the reader can easily prepare and enjoy a good meal as they follow the storyteller on her adventures.  So, now that remains for you to do is open the book, step into whatever tale catches your fancy and keep turning the pages to the end.