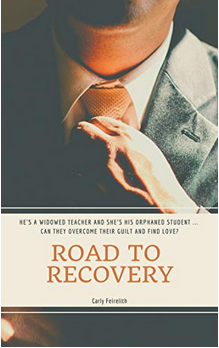 Timothy Mayhew sat at his desk, looking at a picture of his wife he had in his wallet. It was all he had left of her, and every day, he’d look at the picture, wishing that when he’d get home, she’d be waiting for him. But it wasn’t to be. And hadn’t been for five years now, because his wife was gone, whisked away by breast cancer only months after they’d married.

Timothy and Marie had met eight years earlier, a few days prior to the start of the school year. It wasn’t a fancy party, since it was a public school and they didn’t have that kind of money, but it was a carry-in, so there was good food all around. And it wasn’t really about the food. It was about getting to know the new teachers, of which he was one of them. At the time of their meeting, he was 23, and had been teaching for one year. Right out of college, he’d taken a job at a school in New York that used the Common Core method, and he’d hated it.

But he needed a job, so he hung in there, opening his class during free periods to those who needed tutoring. He’d was appalled by how many of his students were failing their classes. Unfortunately, the principal didn’t take kindly to him tutoring the students, saying that it wasn’t his job. They’d gotten into a fight as to what his job was about, and he told her he cared more about the students that she did, her being more focused on standardized testing scores and complying with the Common Core method.

She didn’t take kindly to him reminding him that their students were failing, and that’s when she’d threated to fire him. So that she wouldn’t get the satisfaction of firing him, he resigned. “Fuck you,” had been the last words out of his mouth. He didn’t care that she was taken aback about it, or that he’d not get a good reference from her.

Strapped for cash after quitting, he’d fallen back on his construction skills, making enough to pay his bills and put some away. He liked working with his hands, as it calmed him, but he lamented that it wasn’t the best way to invest in the future generation, something he believed in doing since his parents hadn’t invested in him. He was an accident, or mistake, as they called him, and they’d never failed to remind him of that.

Only his maternal grandfather, a physics professor, had taken an interest in him, showing him how important it was to inspire the younger generation. That’s why he’d become a teacher, doing construction part time right out of high school to put himself through school. His grandfather was the only family member to attend his high school and college graduations, but he might as well have had his own cheering section. His grandfather had cheered almost to the point of embarrassing his grandson.

When his grandfather died a year after he graduated from college, he died happy, knowing that his grandson was trying to make a difference. He didn’t have much to leave to his grandson, but Timothy didn’t mind. His grandfather had given him the best gift of all … love and acceptance. A year passed from the time he’d quit his job before he found a school that was willing to take him on in Indiana.

They were strapped for teachers, and the cost of living was cheaper there, so he’d moved, eager to start over at a school that didn’t use Common Core. He’d assured them that him cussing out a principal wasn’t something he’d usually do … he’d just done it in anger, and why. They said they’d give him a chance to prove himself, and he told them they wouldn’t regret it. It was at the party at that school that he met Marie.

His beautiful Marie. She’d caught his eye immediately. She was two years older than him, but he didn’t care. She had a laugh that made him go weak in the knees and a smile that he dreamed about for months. It took him six months to work up the courage to ask her out. But she’d told him she was seeing someone, something he didn’t know until then. He moped around a bit after that, hoping selfishly that things wouldn’t work out with her and the boyfriend she so rarely mentioned. Then, one day, she’d come to his room after school and laid a kiss on him. “I had to get it out of my system,” she’d said afterwards. Then she’d left, him more confused than ever. Two months later, he found her crying in her classroom, and he’d pulled her into his arms to comfort her.

The man she’d been seeing had cheated on her, claiming she wasn’t the type of woman he wanted. She wasn’t skinny enough, she’d told Timothy. Apparently, her ex wanted a petite woman, and Marie was curvy and plus size. “I just wanted to be loved,” she’d cried as Timothy held her. “I thought he was the one, but apparently I’m too fat to be the one for him.” Timothy had assured her she wasn’t fat .