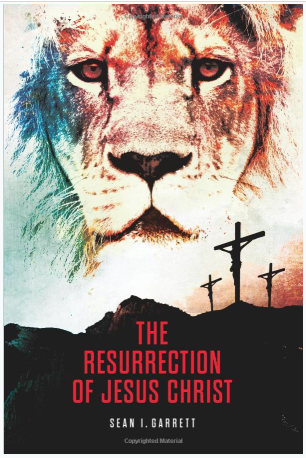 When thinking in terms of the core of the story I wrote, “The Resurrection of Jesus Christ”, it is always important for me to validate as much of the information that I gathered as possible. But, the one idea I continue to come back to, is the idea of the character, Nicodemus. In this story, his perspective differentiates the plot of this story from any story told about the life of Jesus, so far, and still be fact based. But, what’s overall very interesting, is that it is still the one and same story that we’ve heard in the Bible for years in the stories of Matthew, Mark, Luke, and John. Ironically, it is only in the book of John, where we find what we actually know of him, outside of his self-named book, found in the Lost Books of the Bible. John chapter 3, verse 1, refers to Nicodemus as a Pharisee, a ruler of the Jews. That’s a pretty heavy-duty title. In fact, Jesus and Nicodemus were holding a very engaged discussion about the issue of being ‘born again’. Nicodemus was confused, he wasn’t sure how a man could be born again? Jesus answered Nicodemus, and referred to him as a ‘master’ of the Jews (a rabbi). So, even Jesus recognized Nicodemus as an important guy. Probably cool enough to read about himself in Author’s Lounge! But seriously, he was a central character in the story of the trial of Jesus, especially as it’s told in, “The Resurrection of Jesus Christ”.

In writing this story, I wanted to steer away from any obvious religious perspective of my own. I wanted the story to be clean in terms of its objectivity. In fact, it was important for me to write the story and use as much modern English as possible, so not to date the story by the over-use of King James Version language, which the book of Nicodemus is written in. I wanted to bring to life a modern story of Jesus. But, as I think more about Nicodemus, and the perspective he tells about the story of the trial of Jesus, it is his relationship to the priest of the Jews (the Sanhedrin), and the temple. His role (and job) as part of the priests, a Pharisee, one of the very own people who vehemently fought to put Jesus to death, makes his story more critical to the basis of what we know about the story of Jesus. I didn’t want to write this story in a religious context, but in an historical context. From, a historical perspective this is a huge deal. At least I think so!

But, Nicodemus (along with Joseph of Arimathaea) took Jesus’s body down off the cross, and cleaned it, then placed it into the tomb that Joseph paid for. Of course, all of this took pace in the course of 1-2 days (trial and crucifixion). Nicodemus, was central to it all. Makes his voice a very intricate voice to the story of Jesus’s trial, told in my book.

Hey, thanks for spending the time reading with me in the Lounge! Take care, ttys!