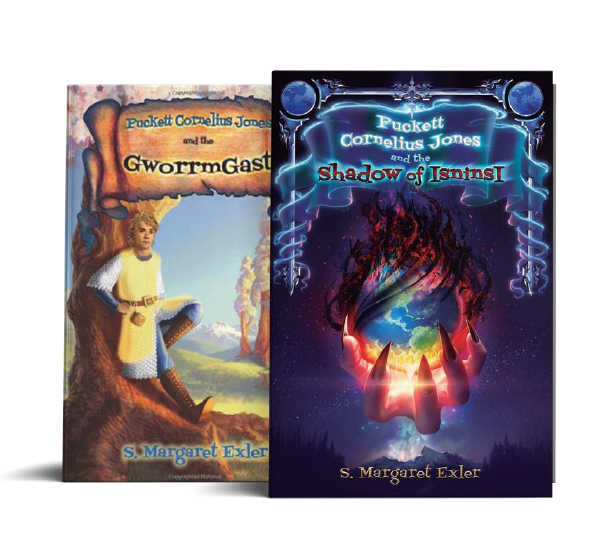 Puckett Cornelius Jones. Strange name, isn’t it. And he’s had an even stranger life. The strangeness started when he was thirteen years old in Widgery Cotts, a small town on the border between England and Wales, and by the time he turned eighteen the strangeness had built quite a lot of momentum. Had he been bored with the shallowness of life around him?

Yes. Did he like watching the news? No. It was then that it all started. The strangeness, I mean. He was hanging around a field, weirdly called the White Forest, when he saw the ghostly outline of an old man sitting cross-legged … well, hovering really … and beckoning, did I say beckoning? This is how Puckett Cornelius Jones  discovered the world of Orr that intersects our world, and he brought his three friends with him. Were they resentful? Yes … at first.

They were scared and couldn’t believe their eyes. A school in the clouds? Weengbeeng and a Gwyllgi hill? Twindle Beer and Drumblade? Humming Green and Pottles Patch? Greeby’s Ditch? The hidden city of Dragoslava? A hairy Cyte who quotes from literature to enlighten and uplift? The Murmuring Mountain? What? Slow down! As events began to rapidly snowball they didn’t have time to be resentful. Well, to be honest, one of them did.

Orr is a beautiful, noble, and sometimes wacky world that offers more than endless highways, chemical-ridden food, long work hours, and polluted air. It’s a place where trees are respected and magic is appreciated. In Orr, no one would think twice if they saw you dipping rotballs in mounds of cream, fly through the night sky without wings, or ride a giant lily pad down a 300-foot waterfall to enter a magical city.

And that’s why dark energies from hate, wars, jealousy, and oppressive beliefs from our side seeping through to their side isn’t a good thing. It’s also why the Shadow of IsninsI hates humanity and has gone a bit crazy. Okay, okay, a lot crazy. I’m talking mostly about the light and cheerful side. I haven’t said much about the overwhelming challenges, the seriousness of it all, and not knowing if death is waiting around a gruesomely dark corner. But if Puckett survives, his courage may save Orr. And maybe save us, too. Because humanity at it’s heart is noble and worth saving.