Otherworld Dimensions Within by Amy Stark 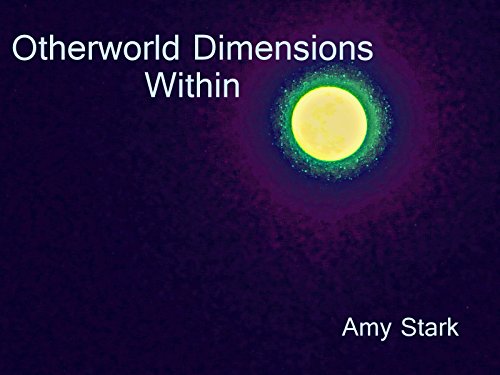 Otherworld Dimensions Within by Amy Stark is a science/fiction fantasy works about Ameiel who is reborn on Earth because the Council thinks it’s going to keep her safe. Bad things begin to happen, and she ends up in the Otherworld. At first, she has no idea about the Otherworld until she gets her memories back. Someone is out to destroy her and doesn’t know who she can trust.

Ameiel is my main character and she goes through so much and there are days where it’s like what am I going to do. There is so much going on around her that you don’t know one minute from the next is going to be up or down. Sometimes it is like a rollercoaster so you will have to hold on by the seat of your pants. Finding out who wants to destroy her you will be like wow.

It was published on September 8th,2017 and I was so over the moon when I published it because I put a lot of hard work into it.

My inspiration for this book was I wanted something different. When I say I wanted something different I was going for what it would be like to be in a different world with all kinds of magical creatures. It was a challenge to see how they would work together or against each other. Each character has a mind of its own and I want people to see that.  Creating each character and trying to figure out what are they going to do next or how are they going to do this was always the fun part. It wasn’t ever a dull moment. I wanted to paint a picture that people could see with words. A world that people would want to go to themselves and see for themselves.

My future for the book is to hope that many people get swept away to escape the reality that is going on around them. It would also be nice to see more people taking the time to read it. Some have asked if I thought about turning it into a series and no, I am not. I know there is a lot I could work with if I chose to

do so, but I am not going to be doing that. I felt like I covered a lot of ground and like it the way it turned out.

Hello everybody I’m Amy and I am a mom who has been writing since I was twelve years old. Writing helps me escape reality and helps me cope. I write different genres. My first books were poetry. My first book was published in 2009. My first four books were published through a publishing company and I didn’t like it. I decided to self-publish after that. All together I have published 20 books. Most of them are poetry. Then I decided to start working on science/fiction fantasy, and romance. I wanted to try something other than just poetry for a change. When I’m not busy writing or with kids I love taking pictures.

I would like to take this time to thank the Authors Lounge for giving me this opportunity to share my work with all of you. It means the world to me.