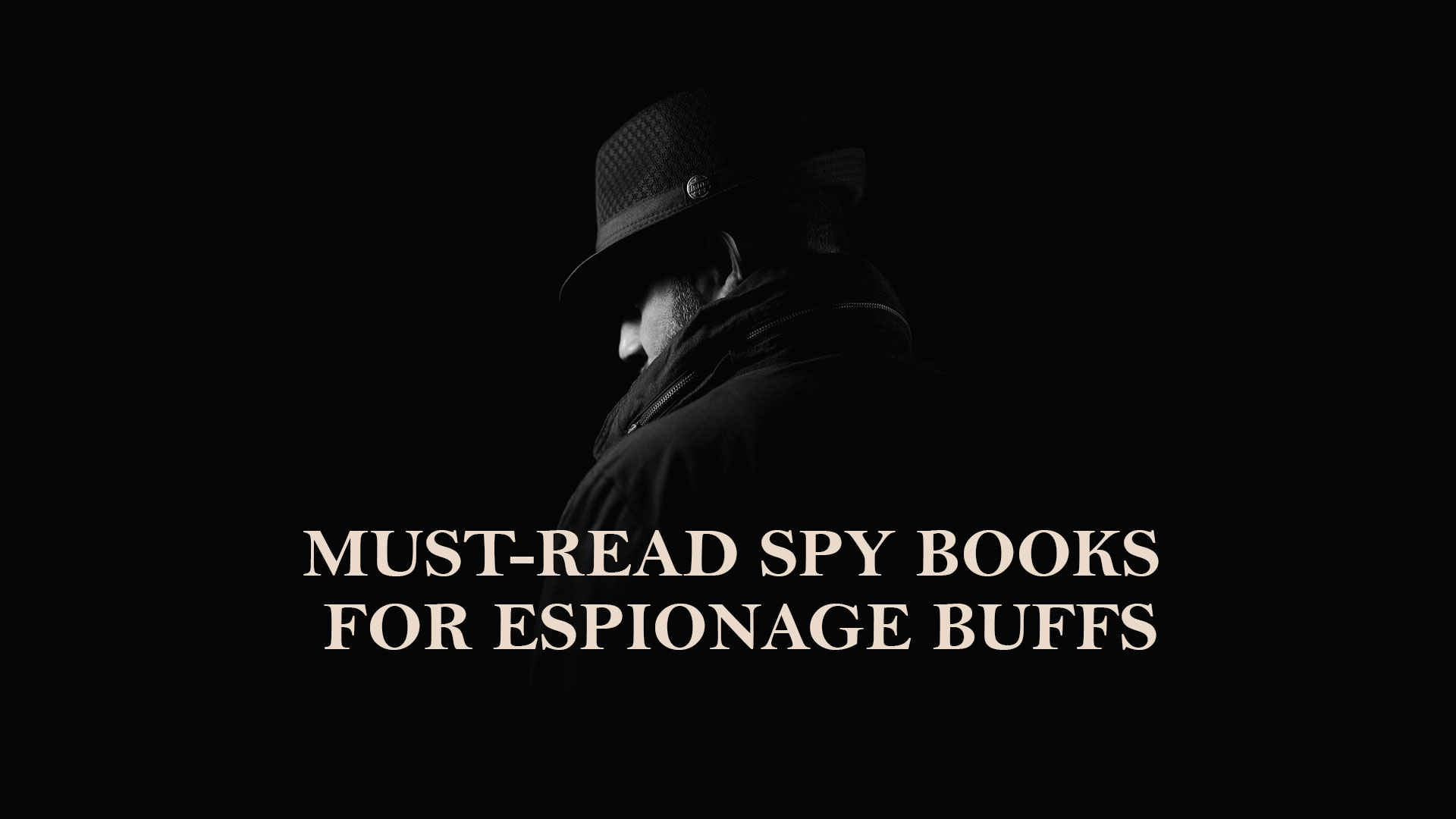 Spy novels are loved by many book readers for their action-packed, dangerous, and often sexy stories. How these books explore history and politics from a different perspective brings a thrilling espionage reading journey. From oldies but goodie classic spy novels to contemporary espionage, these books will make readers be on the edge of their seats until the end. Here are five spy book recommendations from ReadersMagnet.

John le Carré’s Tinker, Tailor, Soldier, Spy might be familiar to some for its film adaptation of the same title. This spy novel is written by the bestselling author of A Legacy of Spies. This follows the story of aging spymaster George Smiley and his endeavors of taciturn. Smiley is on a task to uncover a Soviet mole in the British Secret Intelligence Service. Furthermore, the man he once knows as “Control” seems to be dead. Young Turks are also running the Circus. Smiley finds himself not quite ready for retirement just yet, especially now that a pretty and would-be defector surfaces. This woman shares a shocking accusation with him. Smiley now has to rely on his wits and a small, loyal cadre alone. Also, he recognizes Karla’s hand, his Moscow Centre nemesis, setting a trap to catch the mole.

Laura Wilkinson mixes espionage and romance in her book American Spy. This novel centers on Marie Mitchell, a brilliant and beautiful black woman. Also, she is an intelligence officer with the FBI. Her career is not getting her anywhere. The FBI overlooks her despite working for every high-profile squad. She’s left with monotonous paperwork daily. However, she was allowed to enlist help in a shadowy task force aimed to undermine the charismatic revolutionary president of Burkina Faso, Thomas Sankara. This man has become an enemy after his Communist ideology has made him the target for American intervention. Marie soon discovers what it means to be a spy, a lover, a sister, and a good American.

Greg Van Arsdale’s The Columbian Connection book is the last book of his espionage book series entitled Chuck and Lisa. CIA agent Chuck is yet again dragged into another mission. He is despondent after Lisa left him and is pondering quitting the CIA. However, he is enraged when he overheard men about kidnapped teenage girls, and he plans to rescue these girls. This simple rescue mission turned nasty after he was betrayed and captured by the LaJarra cartel. And he has no one else to call but Lisa. Lisa was reluctant but convinced to go to Colombia and save Chuck and the kidnapped girls. But there’s more; this is not the only thing Chuck and Lisa have to fight against. They soon found terrorists plotting to attack Miami with Sarin gas, and now they race to stop these terrorists before it’s too late.

Eye of the Needle by Ken Follett

Eye of the Needle is an exciting spy story about Henry Faber, a German spy better known as “die Nadel” due to his trademark weapon stiletto. His codename was “The Needle.” A master spy with German aristocrat of extraordinary intelligence. He has a legacy of violence in his blood and the object of the most manhunt in history. However, despite his lengthy background and history, his fate lay in the hands of a young, vulnerable English woman—this woman whose loyalty, if swayed, will provide him freedom. And also win the war for the Nazis. Henry Faber must now find a way to escape and win this woman’s heart.

Red Sparrow is about state intelligence officer Dominika Egorova. This spy struggles to survive the bureaucracy of post-Soviet intelligence. She was drafted against her will and trained to become a “Sparrow,” a trained seductress in the service. She was then assigned to operate against first-tour CIA officer Nathaniel Nash. The two young intelligence officers are trained in their respective spy schools. They both collide in a charged atmosphere of tradecraft and deception. Will Dominika and Nathaniel’s impossible love affair and twisted spy game will come to a deadly conclusion? It’s them against the world.