Joyce Nealy, author of children’s books, lives in Southeastern North Carolina with her husband Mitchell. They have two children, four granddaughters and a brand new great granddaughter named Aubree. Mitchell and Joyce live on a small farm that at one time held over 300 animals. There was a wide variety of animals such as miniature horses and goats, fancy chickens, ducks and even a swan named Swannee.

Joyce has some favorite pets, one in particular named Jo Jo. He is a large green parrot that loves to talk and sing. He loves to talk to everyone and loves to watch TV. Jo Jo is always getting into mischief and he knows how to open the door to his cage and one sunny North Carolina day he decided that he wanted to go outside in the sun and that’s when his adventure began. 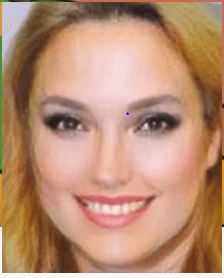 Joyce’s book “Jo Jo’s Adventure” tells the story of his adventure and is a story for all ages. Her first book “Sparky and the Pond” began the series that tells the stories about Sparky and his friends and the adventures that they have. You can visit Joyce’s web site https://www.nealyjoyce.com/. Her book is also available on Amazon and Barnes and Nobles. Her third book in the series “Where is Morris” will be out in the near future.