How Different Perspectives Dissolve the Contradiction Between Religion and Science 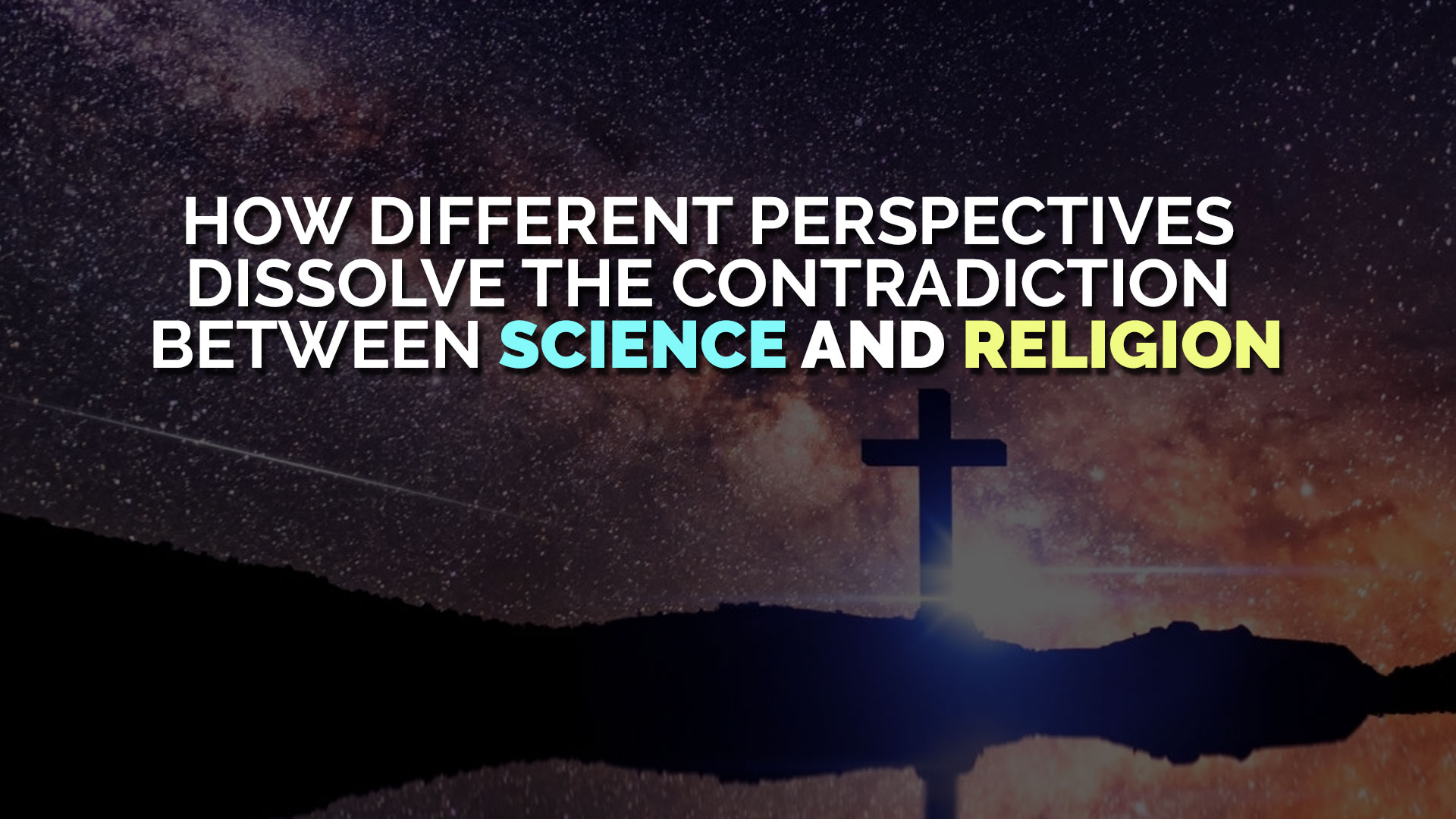 Could spirituality and science truly be polar opposites? Some researchers uphold the concept that verified facts may only be derived through the utilization of the scientific method. In the eyes of a handful (or perhaps a multitude) of scientists and logical-thinking minds, the concept that adamantly reigns supreme among their belief is the idea that religious beliefs, practices, and traditions are merely the remnants of an outdated time in which there was no existing alternative or definitive way to make solid conclusions about the nature of anything in our environment, which pertains to nothing short of pure superstition and folklore – a somewhat tribal and primitive perspective of the world prior to modern scientific perceptions of the physical world based on logical observation and proven fact.

On the opposite end of the spectrum, a growing number of religious people are known to believe that and sort of scientific or purely factual-based type of belief directly negates and invalidates the possible existence of any reality beyond that which comprises the immediate material universe, and subsequently, this concept does not sit well with these fellows – it fails to fit the religious faith of spirituality that they seek – and in fact, it contradicts in completely. These individuals believe that this particular way of perceiving and understanding the environment manifests and instills a materialistic and non-genuine view of the universe that we live in.

The scope of science is the world of nature: the reality that is observed, directly or indirectly, by our senses. Science advances explanations about the natural world, explanations that are accepted or rejected by observation and experiment, while religion fulfills curiosities about the universe and the nature of existence that elude scientific understanding. Neil C. Griffen beautifully conveys the interrelatedness of the two in his book “From Science to Spirituality: Finding Spirituality in Science”, in which Griffen sets to prove the science and religion relationship as a non-contradictory (and even compatible) pair of beliefs.

The range of scientific research encompasses the domain of nature: the truth which is experienced, intentionally or unintentionally, by our perceptions. Science advances theories of the natural environment, theories that are embraced or denied through observation and experimentation.

Beyond the scope of the natural world, though, research has little jurisdiction, no argument to construct, no interest in adopting one role or another. Science has nothing definitive to conclude about principles, whether financial, ethical, or virtuous; nothing at all to claim about the nature of life or its intent. Science has nothing to say, either, about religious beliefs, except when these beliefs transcend the proper scope of religion and make assertions about the natural world that contradict scientific knowledge. Such statements cannot be true.

Scientific knowledge has little to suggest for spiritual views, except when they surpass the reasonable reach of faith to make assumptions about the real universe that undermines empirical understanding. Such claims may not be valid. Religious people and believers should not be disturbed that research is superficial and physically-worldly in nature – the materialism of scientific research declares its constraints, not its worldwide compatibility.  The procedures and scope of science exist throughout the realm of knowledge, and there absolute cannot be any lazy or unverified assumptions beyond the reality of this realm.

Science supersedes theological, political, and cultural views, so it doesn’t have anything to imply. A significant value of science is that it is not limited by ethnic or religious distinctions. These discrepancies are not transcended by ignoring them or choosing one belief over the other. It surpasses cultural, economic, and theological views because it is not at all concerned with any of these.

Evidently, it has been shown that most secularists and non-believers of all types appear to view faith and research as inherently contradictory and conflicting in nature. This inconsistency is often thought to apply to the relationship between technology and religion, as technological innovation is a function of science, and scientific knowledge cannot continue without technological advances, particularly in the modern-day. Therefore, many skeptics ponder in skepticism the thought of how many architects and engineers are creationists, as well as how many individuals are religiously inspired in technologically-advanced industries.

Proper observation of the two trains of thought may highlight the fact that scientists rejecting spirituality and spiritual people denying scientists are both inherently wrong. Religious and scientific ideologies do not even need to contradict or oppose each other. When they are both thoroughly grasped and analyzed, it can be concluded that no contradiction arises, considering that the two beliefs concern separate, completely different aspects of reality.