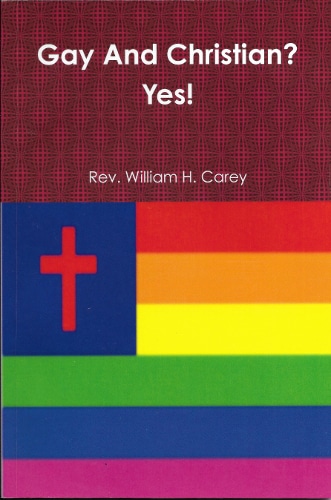 Hello! My name is William H. Carey. I was born in the Coney Island section of Brooklyn, NY in 1958. Always fascinated with languages, I began independent study of koine Greek in 1968, guided by native Greek instructors. During my years at Galway High School, in beautiful Galway, NY, I learned French, taught myself some Russian, and began to study the Hebrew alphabet. In 1979, under the tutelage of an Israeli instructor, I began studying the Hebrew language in earnest, beginning with modern Hebrew, and then moving to biblical. Further studies in theology, church administration, etc., took place at two NYS Bible schools, and studies in research writing and the humanities at the State University of New York.
I was ordained as an Apostolic Pentecostal minister in 1981, a year after helping to found the world’s first LGBTQ-affirming Apostolic Pentecostal church. That same year, 1981, I helped found a Bible college that is still operating! I taught classes at that college in many subjects, including theology, ministerial training, church administration, Hebrew and Greek. The curriculum I developed for that institution has also been used by a couple of other Apostolic organizations, and is also currently being used by an international school based in Sydney, Australia. For about 13 years, I served as pastor of an Apostolic church in Schenectady, NY.
I am the author of a novel, entitled Inside, a poetry book, a children’s book, a semi-autobiographical short story, and several books on theological topics. Some of these have been translated into Hebrew, Russian, French and Spanish.
I am currently living in southeast Michigan, semi-retired, but still operating a website and occasionally writing.

Can a person be both Gay and Christian? Many churches will say no. Many quote Bible passages that make it appear that God condemns homosexuality. But if we take a closer look, reading the scripture in the original languages, we will discover that God never condemned homosexuality, and that same-sex marriage, often thought to be something new, existed and was accepted in Bible times. This book also includes a chapter dealing with the origin and nature of errors in vernacular Bible translations, as well as a chapter on the subject of being transgender.