Five Lovely Books About Cats You Should Read This Month 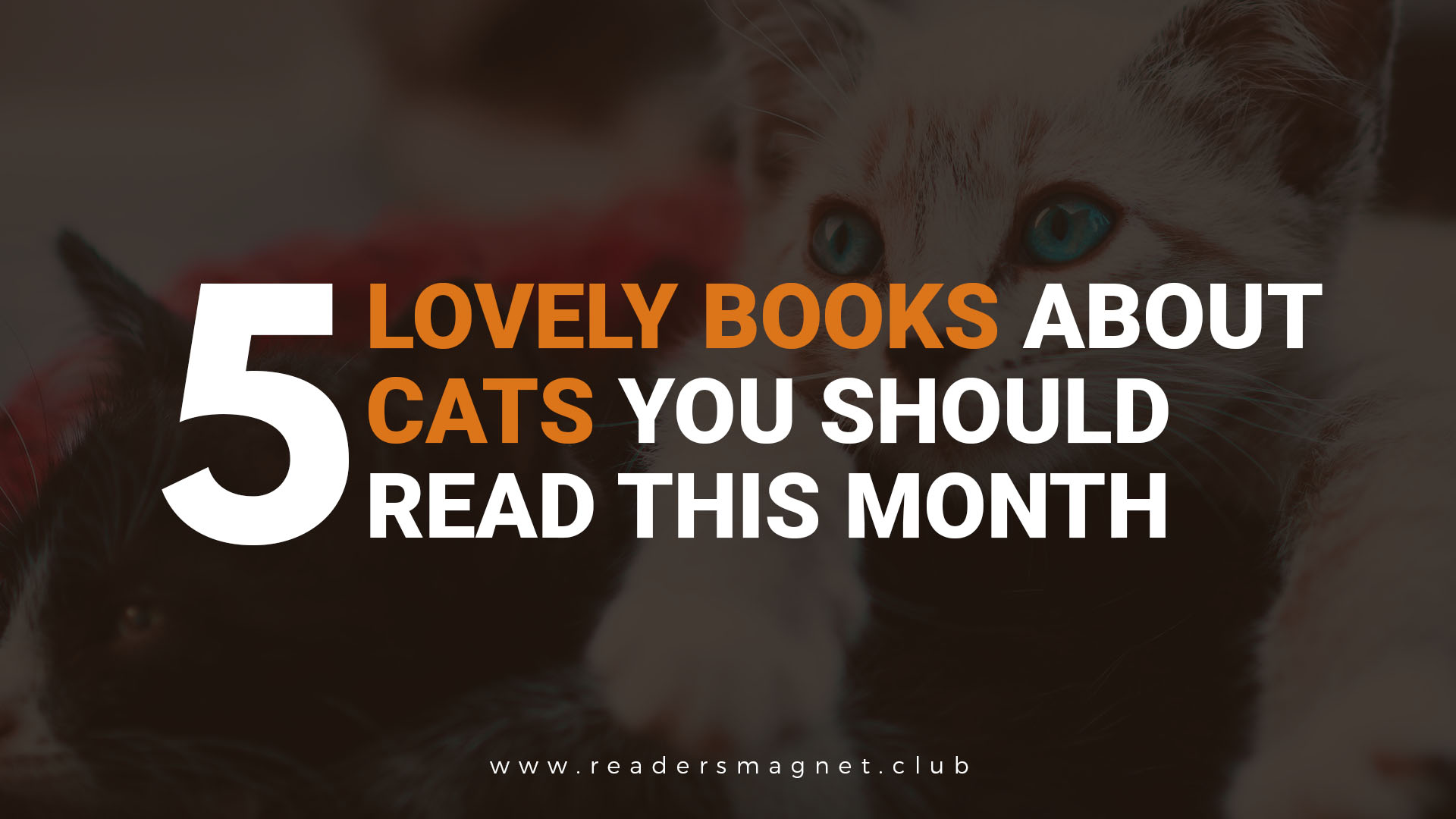 Cats are lovable, and so are these five books about cats you shouldn’t miss.

Cats are wonderful animals. Next to dogs, they are human’s next favorite pets. In recent years, the cat’s popularity has increased because of cat videos, memes, art, and literature involving cats. Books about these mysterious yet charming felines have also increased throughout the years. Here are five lovely books about cats that you shouldn’t miss this month of June.

The Guest Cat by Takashi Hiraide

The Guest Cat is the 2014 international bestseller and winner of Japan’s Kiyama Literary Award, written by poet Takashi Hiraide. It is a heartwarming novel that follows the story of a couple in their thirties. They live in a small rented cottage in a quiet part of the capital. The couple works at home as freelance copy editors. Every day, they go about their usual perfunctory routine and hardly talk to each other. One day, a cat invites itself into their cottage. The cat stays for a while and then leaves, and then comes again the next day. As days passed, the young couple found themselves buying food for the cat. They also began to talk more to each other, about the cat and the little things that the cat does. The Guest Cat is a beautifully-written novel that is full of subtle emotions and reflections about life and living.

William and Tibby is a Lynda Hamblen book with an indomitable kitten as its main character. It is a tale involving two cats and their loving owner. William and Tibby lived with their second mom and her hon in a small grey house on a hill. Both cats are well-loved and taken care of by the woman. One day, William is killed. Both Tibby and the woman are devastated. Meanwhile, William wakes up in heaven where he joins with his third mom, her sweetie pie, and all thirteen of Second Mom’s previous cats. In heaven, William must behave and work hard to earn his halo. William and Tibby is a heartwarming and often hilarious story about a cat’s perspective about life and the afterlife. It is also a book that is a field with faith, devotion, and love.

The Cat Inside by William S. Burroughs

The Cat Inside is an autobiographical novella about a man’s bond with his cats. First published in 1986, famous American writer and artist William S. Burroughs reminisces about the many cats that have been part of his life. A well-know cat lover, Burroughs teamed up with illustrator Brion Gysin for what was planned as a limited-edition volume. In this book, Burroughs discussed his unexpected friendship with cats. He also traces the historical relationship of cats and humans, including the Egyptian cult of the “animal other.” The Cat Inside is a must-read for both fans of William S. Burroughs and cat lovers.

Haruki Murakami originally published The Wind-Up Bird Chronicle in 1994-1995. In the Japanese edition, the novel was released in three parts: Book of the Thieving Magpie, Book of the Prophesying Bird, and the Book of the Bird-Catcher Man. The wind-Up Bird Chronicle follows the story of a young man named Toru Okada. Okada, who is searching for his wife’s missing cat, finds himself searching for his wife as well. His search takes him to a netherworld beneath the city’s placid surface. As Toru searches deeper, he encounters a bizarre group of allies and foes. The Wind-Up Bird Chronicle is one of Murakami’s celebrated works. It is filled with adventures, comedy and suspense, back-dropped by Okada’s disintegrating marriage, and the discovery of a long-forgotten secret from Japan’s campaign in Manchuria during World War II.

Perhaps everyone is already familiar with the story of James Bowen and his Cat Bobby. Bowen’s memoirs A Street Cat Named Bob, The World According to Bob, and A Gift from Bob were all bestsellers. A Street Cat Named Bob is the first book by Bowen, first published in 2012. The book details the extraordinary and inspiring journey of James Bowen, a homeless street musician, and a heroin addict. One day, James found an injured cat. Despite not having enough resources, he decides to nurse him back to health, and then eventually taking him in, naming him Bob. Through a series of events, the two developed an extraordinary bond that would eventually change their lives forever. Bowen’s book has already sold over a million copies and has been translated into 30 languages. A Street Cat Named Bob is truly a must-read for all cat lovers all over the world.