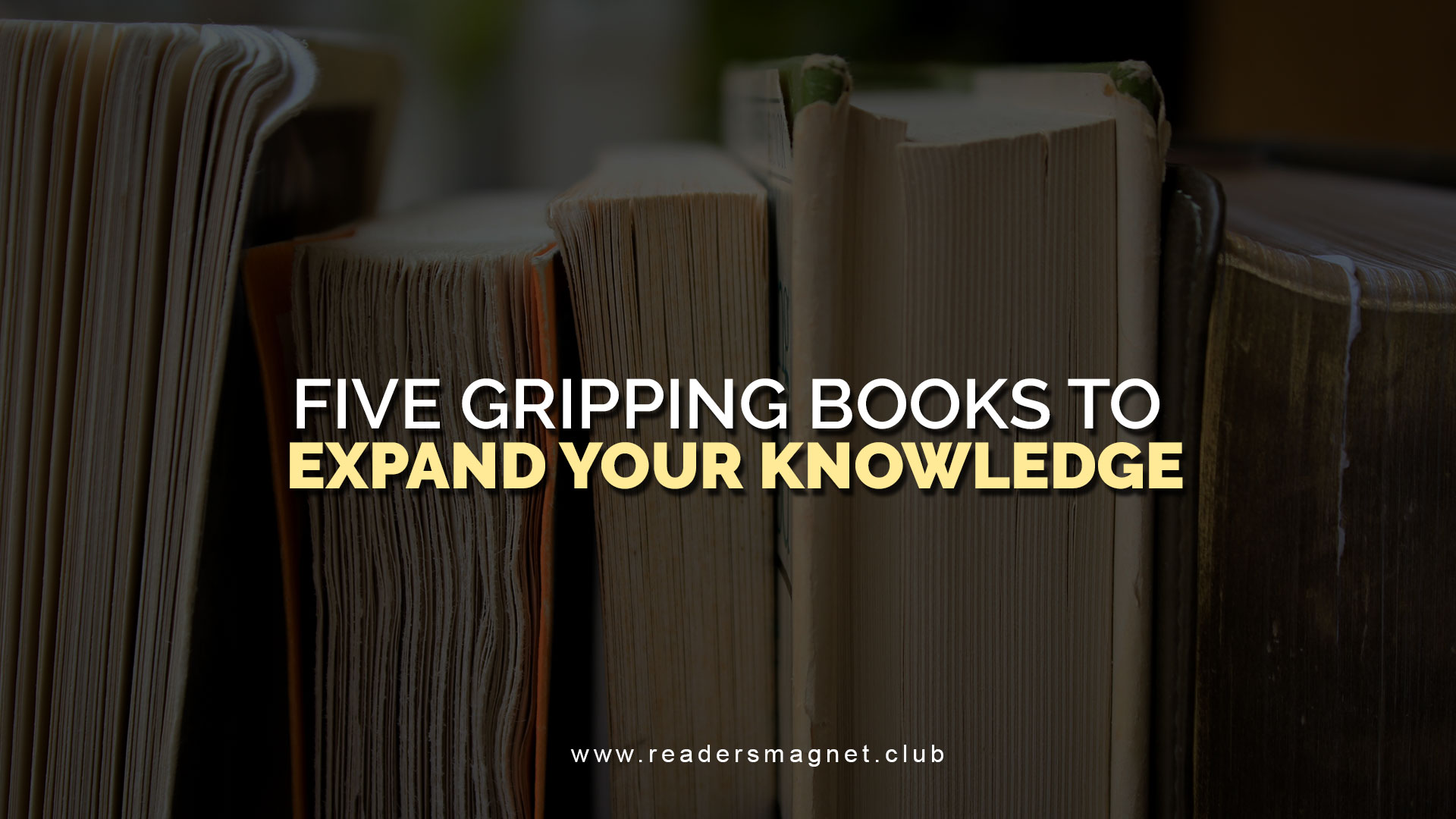 Reading is a fun activity and also a powerful one. Reading will not only entertain you but will also open your mind, expand your knowledge, and change your life. Books have significantly contributed to humanity, and they will continue to do so. They have uncovered new interests and helped solve difficult problems. Moreover, books helped plenty of people gain the intellect they need to excel in life. Below are mind-expanding books that you need to read.

Cosmos is one of the bestselling science books written by astronomer Carl Sagan in 1980. It covers a broad range of topics comprising cosmological and astronomical matters from antiquity to contemporary times. Cosmos reveals the blue world inhabited by a life form emphasizing how this is just beginning to discover the world’s identity and venture into the vast ocean of space. It retraces fourteen billion years of cosmic evolution that transformed matter into consciousness. The lyrical style narrative and range touch almost all aspects needed by human knowledge. Exploring topics such as the origin of life, the human brain, spacecraft missions, death of the Sun, and plenty more are found in this book. Sagan weaves the realms of genetics, ancient history, chemical biology, sociology, religion, psychology, and philosophy together in the context of the Cosmos. Furthermore, Sagan pays homage to many great minds by acknowledging the astute theories and more. Carl Sagan’s Cosmos is a plea for knowledge and education.

From Science to Spirituality by Neil C. Griffen

Neil C. Griffen’s proficiency in science, religion, and spirituality has given him the competency to explain the compatibility of the mentioned topics to each other. From Science to Spirituality gives encouragement between science and religion connection and are not an odds. Each person’s preconceived beliefs are questioned, enabling learning and unlearning of the science and religious disciplines. Griffen will show a fascinating process of the interaction between the brain and the spirit. From Science to Spirituality covers wide-ranging topics, such as spiritual healing, Einstein, and even the existence of one true God. Scientific insights of analyzing spiritual issues and arguments against evolution are discussed clearly and coherently by Griffen for better understanding. From Science to Spirituality will set a new path of exploration.

The Power of Habit by Charles Duhigg

The Power of Habit offers a thrilling edge of scientific discoveries that explains why habits exist and how they can be changed. Charles Duhigg, a business reporter, turned author, explores how one can change his/her life through a change of habits. He explains how habits are formed and describes how to eliminate bad habits and cultivate good ones. The Power of Habit presents a compelling argument, which is understanding how habits work is the key to achieving success and life goals. Duhigg harnesses new science to transform businesses, communities, and lives. The combination of scientific research, personal stories, and journalistic interviews will expand knowledge on self-improvement.

Holocaust survivor and psychiatrist Viktor Frankl wrote an indispensable psychological memoir, Man’s Search for Meaning. It is a meditation on the gruesome personal experience of Auschwitz taught him about the purpose of life. A grueling detailed narration of the life in Nazi death camps with the lessons for spiritual survival is conveyed in the book. Frankl has labored in four different death camps. He lost his pregnant wife, parents, and brother to these death camps. Found in the book are also other survivors’ personal experiences, which he treated later in practice. He argues that suffering is inevitable, and people must choose to cope with it and find meaning to move forward with renewed purpose.

The Alchemist by Paulo Coelho

Paulo Coelho has been known to create masterpieces that can change the lives of his readers. One of which is The Alchemist. This a fiction book that can still expand readers’ knowledge in life and the world. The story centers on Santiago, who, along the way, teaches the significance of wisdom in listening to our hearts. Santiago, an Andalusian shepherd boy, journeys to find the treasure at the Egyptian pyramids. During his trip, he encountered plenty of people who taught him varied lessons in life. The Alchemist’s theme focuses on finding one’s destiny.