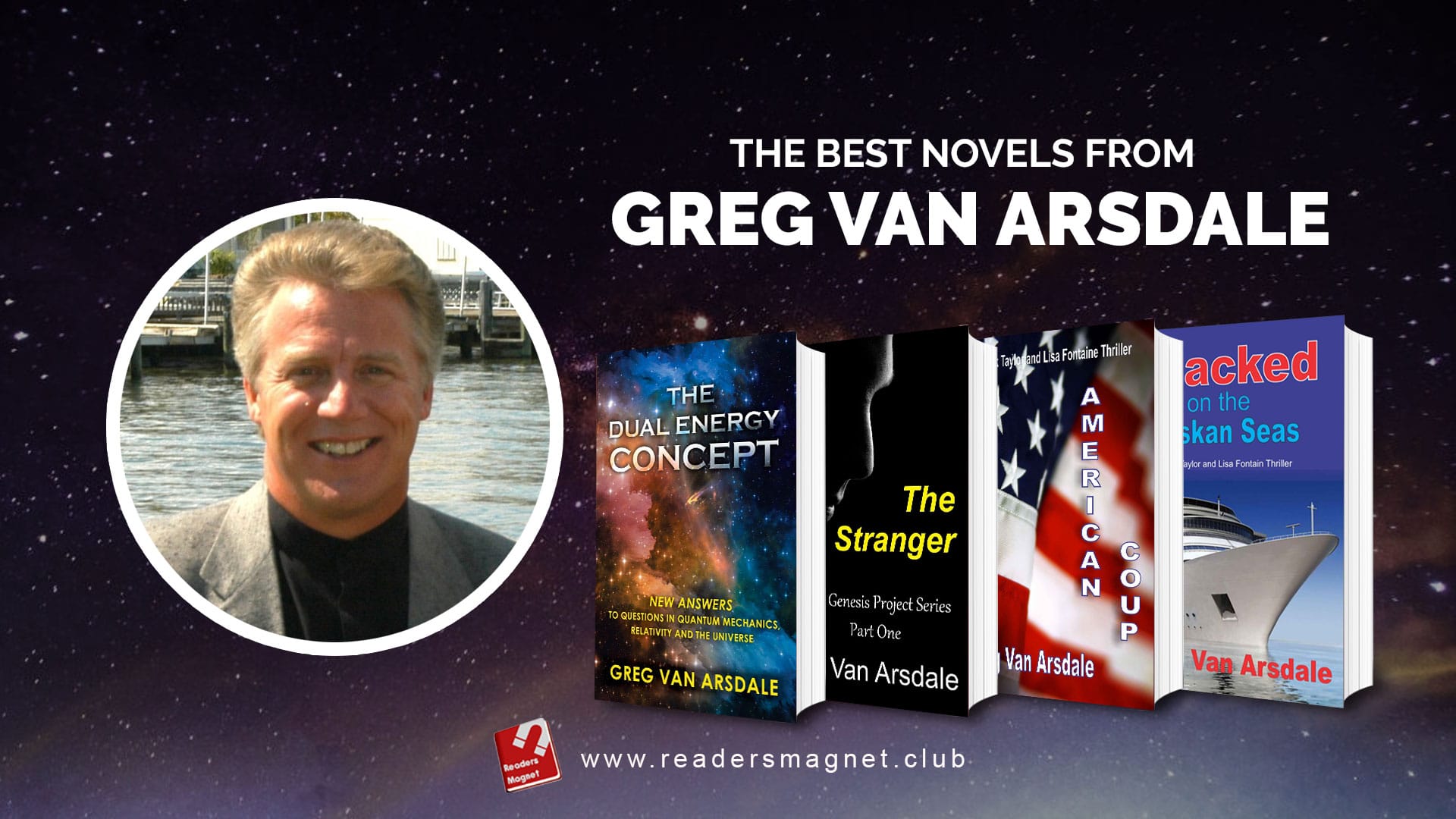 Everyone has a story to tell. And many are choosing to share this story with the whole world. One way of sharing their story is through books. Authors get to make whole worlds out of the “what ifs” that plague their minds. More and more people are considering becoming an author despite the highs, lows, and monetary costs. The excitement of telling an impressive story to a significant proportion of the population makes many pursue a writing career. Greg Van Arsdale is one of those people who wanted to become an author. And now he’s a self-published author with numerous books under his name. He has made a name of himself as a master storyteller. If you’re interested in getting to know more of his works, below is a list of his remarkable books that you need to add to your bookshelf now.

Alina’s Revenge is one of Arsdale’s latest novels. This was published last 2020 about, as the title implies, Alina and her Revenge. During the Serbian-Bosnian War in 1993, Alina was a twelve-year-old girl who watched helplessly as a band of Serb militia murdered her family. These men brutally abused her, and luckily for her, she survived. A neighboring family took her in and helped her, while the father was an ex-military. Ten years passed and ten years of relentless instruction in firearms, knives, and hand-to-hand combat. When her training ended, she bid her foster family farewell and decided to take on her Revenge. The faces of her abusers seared into her mind despite the long years. One-by-one she tracks down each Serbs to reprise her family and herself.

The Stranger is the first volume of The Genesis Project Series. This story follows a lone man who keeps running for his life from a squad of armed militia. This stranger has no memory, not even a clue of who they are or why this militia wants him dead. However, only one man knows the truth about this stranger, and that is Jack Logan, the leader of a mob. Logan sees this stranger as a threat to his plans of world domination. As this stranger tries to save his own life, he meets someone who can help him regain his memory. The stranger regained his memory and who he was. But that is not all that he remembers; there are more strange things he regained. Now, will this stranger take action with what he learned? Or will he keep running away?

Pact With the Devil

Published in 2015, Pact With the Devil is a story of Jack Logan. You might remember him as the villain from The Genesis Project Series. After what happened to him at the end of the series, Jack Logan made a pact with Satan to become the most powerful man on earth— the Antichrist. This was not for free though, for him to achieve his wish, he must give his soul to the devil. John Malachi is ordained to stop Logan from conquering the world and initiating the Tribulation. Malachi vowed to preach the true Messiah and warn of the danger behind Logan’s lies. But Logan won’t allow Malachi to stop him. Like the mysterious dark forces rage across the planet, the two men battle for the fate of humankind.

The Chuck and Lisa Series is a three-part collection of political thrillers featuring lovers Chuck Taylor and Lisa Fontaine. The series is Van Arsdale’s pure action thriller books containing the titles: Hijacked on the Alaskan Seas (2016), American Coup (2017), and The Columbian Connection (2019). Chuck started out as an ordinary worker who was dragged into the country’s troubles and was later turned into a CIA agent. While Lisa Fontaine was a nurse whose wits and skills have saved them both from life-threatening situations. The series follows the couple solving puzzles, fighting villains, fighting crimes, and saving millions.

The Priestly Murders features twelve-year-old Peter and Detective Dan Franco. The story started when Peter ran for his life when he witnessed the gang murder of a beloved priest. The gang followed him and his mother seeks the help of the police. Then, enter Ex-special forces Detective Dan Franco, who promises to protect the boy, not knowing that this will not be an easy task. Lars Larkin, a mafia boss, also wants to protect his son, the suspected killer, and he will stop at nothing to clear his son’s name, even if it means killing Peter. Will Dan be able to protect Peter from Larkin? Or will Larkin succeed in eliminating anyone who knows his son’s involvement?