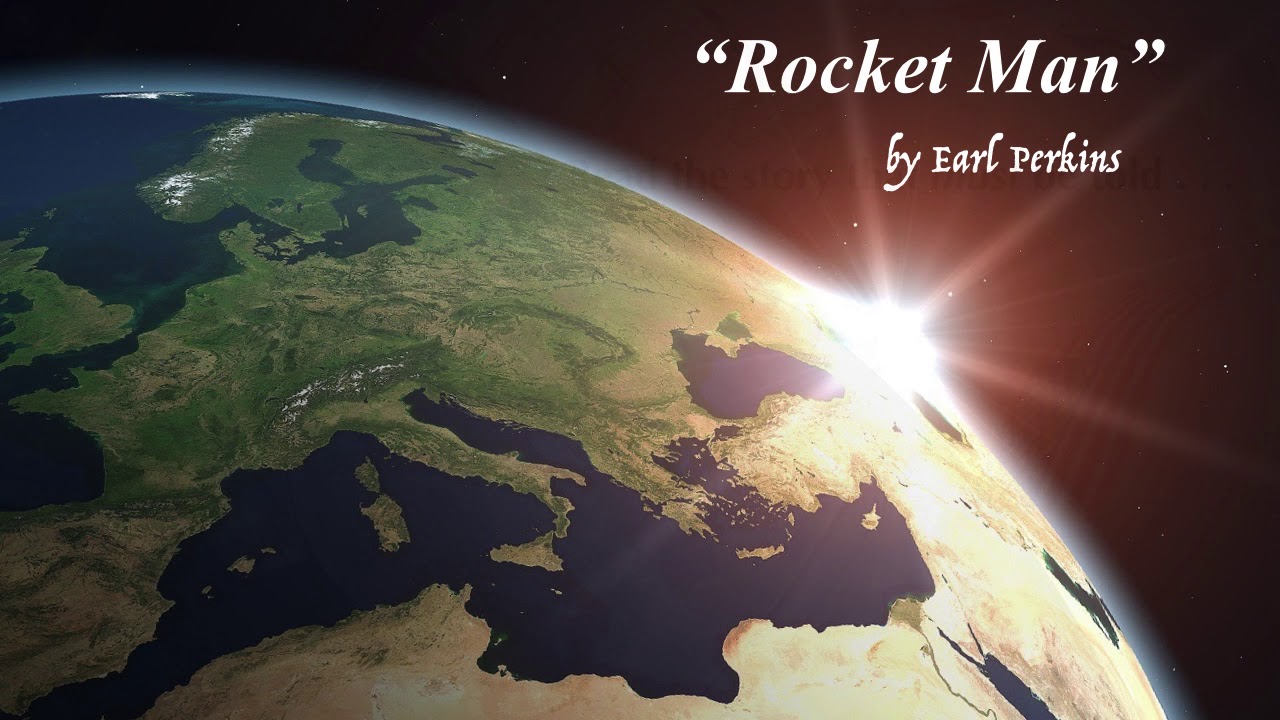 “Rocket Man” can be described as a product of determination and perseverance as Earl Perkins, a 67-year old retired electrician, went against all the odds to release his first novel that has already been garnering reviews from different quarters.

Perkins always wanted to be a sports writer but the allure of writing a novel with a great story to tell has always been a dream for him. With no formal training or education other than graduating from U. S. Grant High School in his native Oklahoma nearly fifty years ago, Perkins shares a country home with his wife of nearly 27 years, Kathy, in Newcastle, Oklahoma. Earl and Kathy have a son, Ryan, and two daughters, Shannon and Amy, and two grandsons, Micah and Seth.

“Rocket Man” is a heroic American tale of courage, self-sacrifice, and redemption . . .

The story of “Rocket Man” is the story of a father and son who were both Marine Air Combat fighter pilots (the father in the Korean War in the 1950s and later in the 60s as an astronaut in the covert “Blue Gemini” Program) and the son in the 1980s and 90s (Desert Storm) and later became a NASA astronaut in 1996.

The father, Marine Lt. Col. Adrian Allen, grew up with the dream of someday being one of America’s first astronauts with a dream of walking on the moon someday . . . but because of a vindictive C/O (Col. Graham Nagy) and life’s bad breaks prevented him from getting the chance, a tragic situation since he was probably the most gifted of them all . . .

So Lt. Col. Allen was assigned to a clandestine program by the U. S. Department of the Naval Intelligence called “Blue Gemini.” According to history, the program actually flew only ONE test flight. He was a Marine Corps pilot and from his counter-espionage in Blue Gemini, he was supposed to search out where and how the Russians had penetrated into the government space program as well as the NASA program . . .

Lt. Col.Allen was disappointed to find that they had done exactly that under the auspices of a covert program called “Eastern Light.” Ironically, when Lt. Col. Allen brought his information forward to his superiors, he discovered that many of them were Russian spies or agents . . .

To protect themselves from the proof that Lt. Col. Allen had found, those in Allen’s chain of command fabricated an elaborate set of false  charges  resulting  in  the removal of

Lt. Col. Allen from the military via a “less-than-honorable” discharge.

His military career lay in ashes . . . but as a Marine who was dedicated to his country, his family and his honor, he chose to “adapt and overcome” as they are taught in the Corps. In a decision he made with his wife Amelia, he decided to leave his wife and his four year old son Pete behind to create the appearance that he had been broken and had given up all hope . . . he went “dark” . . . Lt. Col. Allen knew if he did not do that, they would come after his family next, and he could not allow that to happen . . .

What he found out over the next 35 years was that the Russians had managed ( through their agents placed in NASA and its Contract/Suppliers), to install a “nuclear trigger” on the American space probe Surveyor 3 that would detonate all of America’s ICBMs while still in their silos!

The story picks up in the year 2001 only eight months before 9/11 when his son, Col. Scott “Pete” Allen, is burying his father Adrian Allen next to his mother Amelia, who had died 12 years earlier . . . The funeral takes place in Medicine Park, Oklahoma, on his Uncle Don’s 800-acre ranch as Pete, his girl-friend/astronaut Jessica Bruce, his uncle Don and only three others at his graveside . . . a sad ending for someone that loved his country so . . .

In addition, he gathered blueprints, tech drawings, test reports, change orders and signed-off performance reports — all of it! Adrian Allen included a VHS tape explaining it all to his son.

And he tells him that he must finish the mission he began 35 years earlier . . . to find a way to get a trip to the moon on the new Orion spacecraft and disarm the nuclear trigger.

The story features a strong relationship between Col. Allen and his astronaut girlfriend Jessica Bruce, who is considered to be as good a flyer as any that NASA has in its astronaut corps. She is named to the back-up crew for Pete Allen’s Orion 4 flight and in a strange turn of events, a suspicious training accident dictates that she become a member of the prime crew . . . Female readers love her character in “Rocket Man.”

Rocket Man takes the reader on a swift journey that is far more than just well-paced, page-turning excitement. This modern work of fiction serves as a wakeup call to what lurks just beneath the surface of some of today’s most disturbing breaking news: The Cold War never ended.