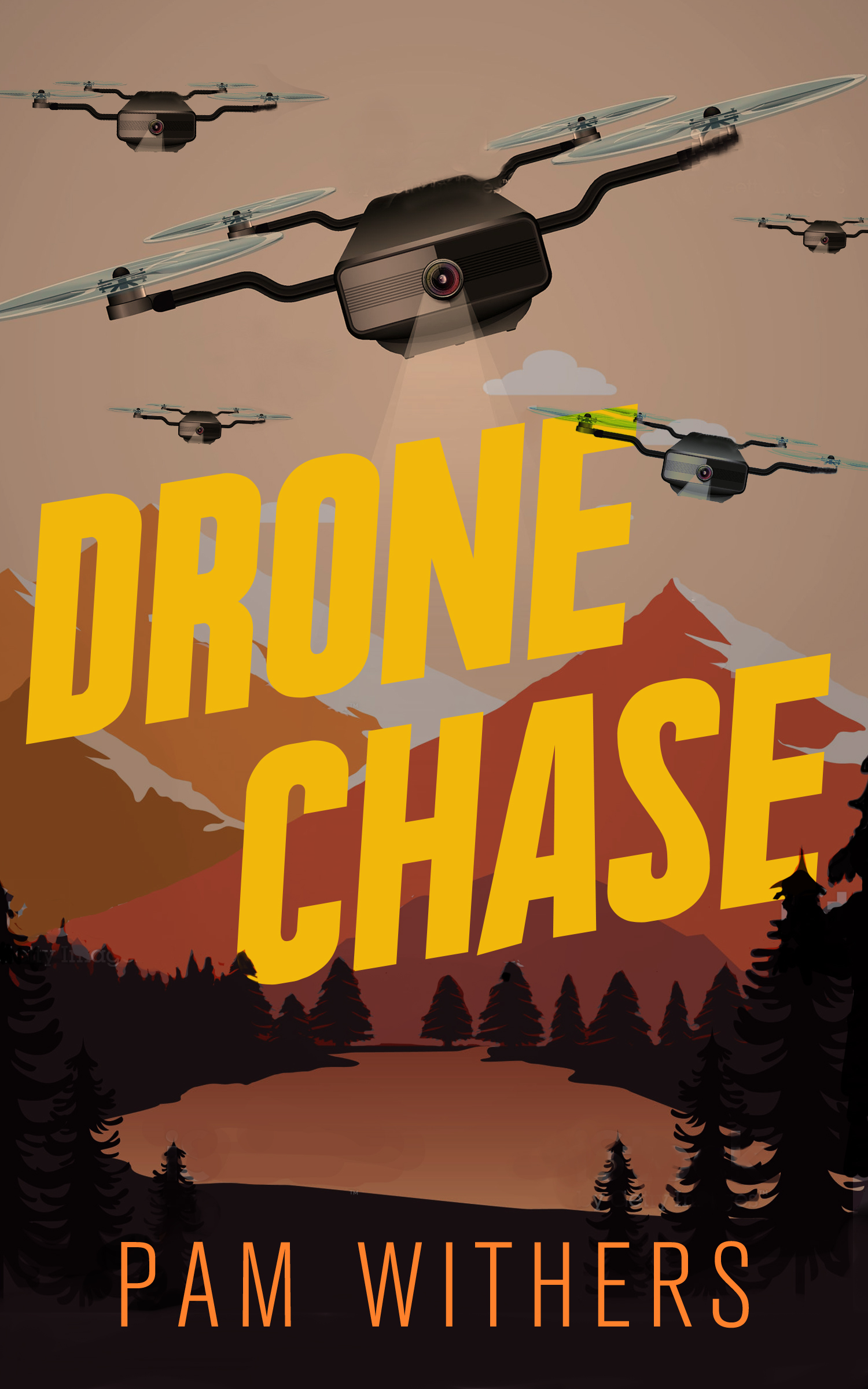 Teens take down a bear poaching ring using drones! That’s the short description. The formal summary: Ray will need every ounce of his drone skills and outdoor smarts to recover his missing bear cub before poachers get to it first.
When his orphan bear cub goes missing, the sixteen-year-old drone enthusiast decides to use his airborne spying skills to find it. Little does he know that an evil bear-poaching gang operating in the surrounding forest has drones, too — and a cold welcome for those who would attempt to take them down.
As a New York City kid recently forced to move to the Great Bear Rainforest by his parents, Ray doesn’t have is a lifetime of outdoor instincts or familiarity with the valley and its wildlife. That makes him very different from his grumpy grandfather, who — like his new school friends — berates his city-kid uselessness at every opportunity. Can Ray use his drones and smarts to prove himself, find his cub, and expose what’s going on in the woods?

A visit to the Great Bear Rainforest in northern British Columbia, and my passion for writing outdoor adventures for teens. In fact, while I was in Bella Coola, BC researching this story, I spoke at Bella Coola Elementary School, and mentioned to the students that my novel involved an orphan bear cub. That’s when a student named Rayland (I ended up naming the main character after him) told me his great-grandfather once cared for an abandoned cub till it was ready to go back to the wild. I really appreciated Rayland coming forward like that, and imagine my delight when his father, Hank Bill, was willing to spend time filling me in on details of the cub brought home by his grandfather. That definitely inspired details within my novel. Hank clearly remembers bottle-feeding and play-wrestling with the cub as a child:

This was thirty to thirty-five years ago, in the 1980s. Growing up, my grandpa lived on Gang Ranch near Williams Lake, BC. I was raised off the land. My grandpa lived in the old ways, cowboying and buffalo herding. He owned the largest buffalo herd.

One day Grandpa found an abandoned cub and brought it home. He was still nursing, so they made him a baby bottle. I was curious. He was timid at first. He looked a little scared. I took my time getting to know him. I’d give him his bottle when I was allowed. After he was too old for the bottle, Grandpa fed him fish and buffalo and deer meat.

I used to play with him while growing up. Me and the bear played. He was way stronger. Sometimes he pushed me and I went flying. But he never hurt me or attacked me. I’d tap him and run, and he’d chase. I’d wrestle with him. He’d grab me and throw me around. We didn’t really cuddle. He liked to go by the fireplace.

The cub stayed in our backyard. He wasn’t fenced or tied up or anything. He could come and go as he pleased. I followed if he went on a walk. He’d go to the creek and play and chase bugs, pretty much did whatever bears do. He’d make normal bear sounds: mmmm, rrrr, umhhh. He’d do his growl.

When the cub was old enough and off the bottle, he left every time the other bears went fishing. But he’d come back to Grandpa’s every summer. Grandpa raised him till he was big enough to return to the mountains. The cub was two or three when we let him loose.

Teens, especially boys! But it’s also appropriate for pre-teens who are keen readers. I’m really, really into inspiring teens to read (in fact, I’m also co-author with my educator sister of Jump-Starting Boys, about getting teen boys to read), and readers don’t have to be into sports or the outdoors to enjoy my stories.

A fun read, an armchair adventure, a glimpse of the beauty of pristine forests, and a sense that wildlife needs protecting.

I’m so honored to have this in Authors’ Lounge. And I love doing school presentations, virtual or in person, and since all my novels are about outdoors sports and adventure, I entertain students with extreme sports video clips and humorous stories about researching them, while also encouraging young writers. By the way, there’s a book trailer for Drone Chase on the home page of my website.

A former journalist and magazine editor, I live in Vancouver with my husband, a professor. We have a grown son who lives in Toronto, but he used to be my “teen editor,” and I wrote my first young-adult novel for him as a bedtime story when he was ten. (I wrote most of it in a chilly hockey rink while he was at practice.) I misspent my youth doing so-called extreme sports such as whitewater kayaking, ran a summer camp for teens for many years (as did my father while I was growing up), and also worked as an outdoor guide. All my 21 young-adult novels involve high-action sports and adventure, this one laced with more humor than most. I hope readers enjoy it and explore my other books.