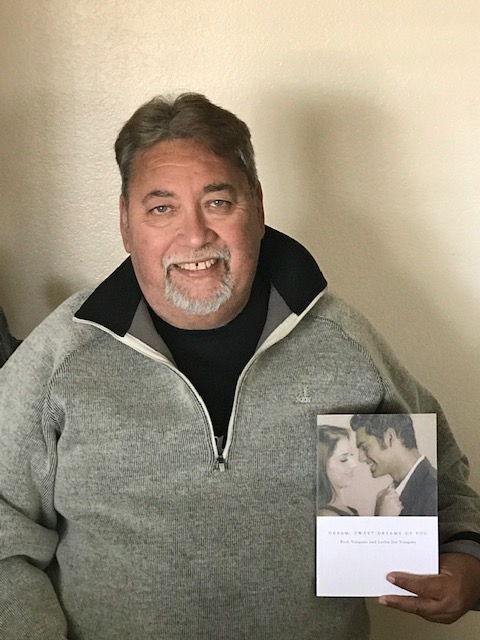 It was 1963 a sunny, mid-afternoon day in South Los Angeles. Rafella, our grandmother lived in a white bungalow house with a step-up porch large enough to handle six cousins, all pre-teen boys.  It was the older guys that gave us the vision that we were all on a boat.  They told us we were in the middle of the ocean as they made us younger ones jump off the ship.

I was ten years old and though it was probably only three feet up from the ground, the fear of jumping overboard caused tears to come down my cheeks.  I took a leap into the air and rolled onto the ground.  After feeling my body making sure I was alright.  I got up and started climbing the porch stairs again ready to face my fears.  The screen door opened and our grandmother came outside calling us to gather for ‘Grandma Time.’

My heart smile, because ‘Grandma Time’ was so special to each of us. When we were young, we only got to see her maybe three times a year.  However, we all knew the routine, and had our own special seats in the living room creating a circle around a lime green and white mystic coffee table.  On top of the table were placed six tea cups and saucers.  It was up to us to pick our own special cup.  Well being the youngest of the six there was no choice just whatever cup that was left behind was mine.  Our Grandma had a beautiful old antique white container with gold that laced the edges.  There were lightly faded figurines dancing on the sides of the pot, waving scarfs in the air.

Grandma would go to each of us starting with my oldest brother.  She would open the lid of the container.  It was her own ritual carefully executed, quickly closing the lid as though she was afraid that the magic would spill out.  She would instruct each of us to reach in and grab a pinch of leaves and drop them into the tea cups.  She always smiled and would have something encouraging to say about our choice of leaves.  I was on the couch, next to my brother Mike and after his turn was over, she looked at me and closed her eyes and gave me a special smile.  She gave her head a slight nod, as if somebody had just given her a spurt of a message for me.  She opened the lid and I remember reaching into the jar realizing how special and how much I loved my grandmother.

The leaves were dried almost prickly.  I picked my portion sparely, mostly because I really didn’t care for the taste of the tea.  Her eyes got big.  “You need more leaves so that your fortune will be great.”  Never before had I seen it happen, but she allowed me to double dip.  She didn’t say anything just bunched her lips together and gave me an approving nod.  After everybody got their leaves, our mothers would bring in hot kettles of water and fill our cups. Grandma would sit on the couch and would talk to us as we finished our tea.  Somehow, she knew just the right topic to get all of us interested.  It was fun, amazing and delivered in love.  Each of us sucked down every drop of tea.  We understood if we left any water, it would be considered tears.  The excess water could place a damper on the entire reading.  We had instructions from previous ‘Grandma Times,’ when we finished the tea to turn the cups over on the saucer, then turn the handle three times around.

Without supervision we knew to make a special wish and tap the back of the cup three times.  Then we had to wait until it was our turn to be loved.  After she was done with my brothers reading, she placed their cups back onto the saucer right side up.  When she got to my cup and looked inside, she closed her eyes and smiled.  “You are going to be in the movie industry.”  She looked at me as if she was repeating something in her head.  “You are going to be a storyteller.  And many people will hear your stories, and through your tales, you will heal people’s hearts.”

I was ten years old when I first was told what my calling was.  I’m a storyteller and a healer of hearts. Rick Vasquez, was twenty-five years old when his Grandmother came up to him and asked if he would write her story.  Rafella at the time was eighty years. Old.  What a privilege it was that she asked Rick, out of all her 26 grandchildren. Rick was in college, however he really didn’t have any real experience in writing somebody’s life story.  Though he didn’t feel worthy he would had never refused her request.

He loved his grandmother for how special she treated each of her grandchildren.  She was fun, humorous, mystical, and very loving.  Rick had no idea of what her story was going to be.  He just listened and made notes after notes amazed that the woman in the story was his Grandmother.  It took two years of trying to put the story together.  Before she passed on, that is what she called it, Rick named the novel “Dream, Sweet Dreams of You,” After a title of a song that his Grandfather wrote for her.

She liked the title and smiled with an approval.  Before she died Rick promised her that he would someday finish her story.  She just smiled and said “I know you will. It took Rick 40 years to complete and get the story published. The reason it took so long was not because of the contents of the story.  It was the material that was haunting to Rick. He needed his Grandmother’s wisdom, love and help to get through his own struggles in his life.

Rick needed the time to understand and find love for his Grandfather.  There were years that he just couldn’t comprehend the The choices that were made.  Rick made his own bad decisions and almost destroyed his own family.  Though it was different than his Grandfather’s woes, it caused undue stress and pain to his wife and children.

Rick was in his late fifties when he joined a rock and roll band as a keyboard player. Performing his music before live audiences made Rick feel alive with power. This special time helped Rick to understand his Grandfather’s demons, how this powerful force controlled his dreams and goals.

Rick’s promise to his Grandmother has been fulfilled. She was right, he has become a storyteller, one that will heal hearts. What Rick didn’t know it would be his own heart that would be healed the most.