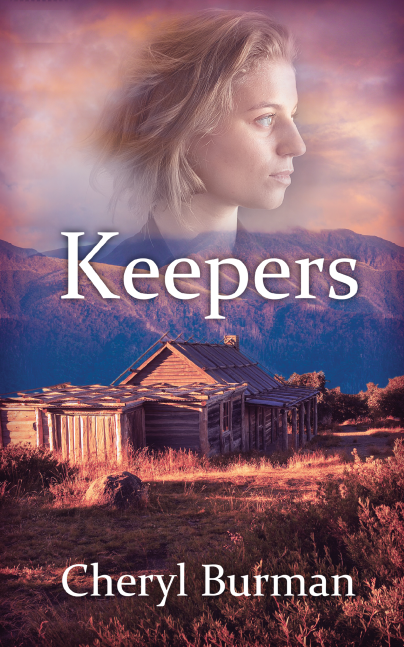 Many thanks to Authors’ Lounge for this opportunity to tell people about my April 2021 release, Keepers.

In post WW2 Australia, Raine’s family must move from the country to the city for medical treatment for her seriously ill father. Raine hates the move, especially as the housing shortage forces them to live in a noisy, draughty Nissen hut on a migrant camp in the flat, arid suburbs. But she loves her work as a legal secretary and dreams of making something of herself before settling down in one of the spreading new suburbs.

Her dreams are shattered, however, when she falls pregnant to the volatile Teddy – a Cockney Blitz survivor whom she met in the camp. They marry, and Raine builds new dreams, only to have them broken again when Teddy abandons her. Furious and grief-stricken, Raine’s struggles to cope are made harder when she discovers she’s bearing their second child.

But Raine learns she has choices, that it’s up to her to determine her and her children’s future. With her baby nearly due, she sets out on a rugged journey through slush and snow to track Teddy down, face the truth, and make the most important decision of her life.

The inspiration behind the book

Keepers was inspired by snippets of family history which wove themselves about my brain, growing and tangling into a far more dramatic story than the reality. It’s a book which has appealed to men and to women, to younger and more mature readers. I classify it as historical women’s fiction with a touch of romance, and people appear to take from it any or all of those elements, depending on where their preferences lie. I’ve been thrilled that readers in the US, the UK and Australia love this book for its ‘deep immersive experience’ as one reviewer put it. They learn what life was like in the mid 20th century in the ‘land of opportunity’ still struggling to come to grips with its own identity, just as Raine struggles to understand who she is and what she truly wants

Several readers have asked for a sequel, which hadn’t occurred to me. However, there’s one male protoganist whom everyone loves and they want to know what happens to him. So possibly a novella is on the horizon, after I get my current in-progress books out.

I grew up in Australia, had my kids there, and then moved the family to Switzerland for several years before coming to the UK. I now live in the Forest of Dean, a place which has inspired many writers including Tolkien and Rowling.
My first books were a fantasy trilogy for young people, entitled Guardians of the Forest. While the idea of writing a novel had long been festering in my brain, it took involvement in a political battle to get me to finally do something. In 2010, the UK government proposed to sell England’s public forests, which didn’t go down well locally, or nationally! After it was all over (we won), I wrote the story of a young girl who enlists the help of the wild forest creatures and a baby gryphon, to battle an ambitious warmonger who would cut down the whole forest as fuel for his manufactories. Popular with 9-90 year olds, I’m currently finishing off a prequel.

I also write flash fiction and short stories and some of these have won prizes, commendations etc. In July this year I put together ten stories with fairytale, myth, fantasy themes and published them in a slim collection, Dragon Gift.

Under my other name of Cheryl Mayo, I’m active in the local history society, am the chair of Dean Writers Circle and a founder of Dean Scribblers, which encourages the creative writing spark in young people in the community. I’m married with two grown children and a border collie, Sammy, who is the author of his own popular book, Sammy’s Walks.

Where to find me

You can find me (and Sammy) at https://cherylburman.com/ (where you can also sign up to my monthly newsletter for all kinds of reading and writing chat.
I’m also on Twitter quite a bit, where I love to interact with the supportive #writingcommunity.  https://twitter.com/cr_burman
and on Facebook https://www.facebook.com/cheryl.burman.56