Do You Know Who You Married? By Winnifred Mckoy 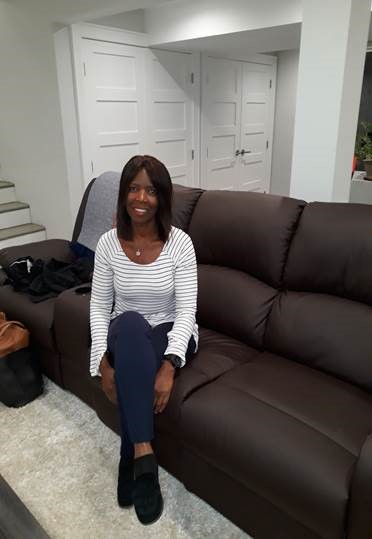 For years it was a perplexity of the unknown, until she had recognized the presence of the Holy Spirit within and around me.  It was an unexpected encounter, in an environment where love and congruency was to be expected. She was unprepared for the unknown challenges, which would face her headlong. What followed was far beyond one’s imagination. It began with floods of dreams, reoccurring, and threatening dreams. She thought to herself, what is happening? However, she never immersed herself into discovering an underling factor into why those dreams were emerging.  After all, the new environment was considered to be a safe zone. She felt warmth from those in her new surroundings.

Journaling seems to be an appropriate strategy in recalling the frightening contents of her dreams. As the years go by those dreams became even more daunting. The dreams were meant to drive her out of the church. In one dream, there was a tall tree with three branches, and each branch was chopped off. A following dream was even more traumatic.  In this dream, another tree was representing a close kin; the tree was cut down to the stump.  She was compelled to share the details of this scary dream with her then pastor. What I admire about Reader Magnet is that it gives authors a platform to tell their stories, which is huge deal.

It still amazes her to see how with God, one can use what was meant to cause plight, into something beneficial for other individuals to glean from. Prior to this experience she had no inkling or desire to write. Writing has become such a therapeutic mechanism instead of dwelling on the past and what could have been. When she begins writing the past becomes even more vivid.  What was meant to cause depression and even death has now awakened her to a new level. Those dreams the enemy thought he was using to terrify, and cause destruction. She is now using those same experiences to enlighten others of the enemy’s lies and deceptions.  Not to forget the kind of vehicle the enemy sues, to entrap individuals into believing his lies. It is important to know what causes one stumble, however, when one is clear of that antecedent do not allow yourself to be stuck in that past, instead think of the here and now. Find the right treatment or therapeutic approach that will bring healing and restoration. In many instances individuals may try to get back at whatever, or whomever, did them wrong. Do not waste your energy. God fights for His beloved, give your burden to Him. Even my relationship with Reader Magnet, I give God the credit for, because I was not looking, yet, He opens that door for me.

This journey taught Winnifred to take God at His word, and also how to find peace in His rest. Always remember, fear is the enemy’s scheme. He uses fear to cause mistrust.  Fear cheats people out of their inheritance. If in doubt, just read the Old Testament portion of The Bible. Learn the word of God, and you will know how to defeat Satan and his lies. Prior to emerging herself into the word of God, almost every other day she would question herself about the authenticity of her walk with God.  When she came into the knowledge of God’s word she discovered that lack of knowledge was one of the enemy’s defense mechanisms.

“Do You Know Who You Married?” will compel one to get to know the God of Heaven on a deeper level. Prior to the experience, which brought Winnifred to write this book. Winnifred was just a churchgoer because she had felt the need to have a relationship with God. However, she did not have a real encounter with the God of Heaven. Not until she was invited to a certain church and met a woman by the name of Brenda. The experience is what births this book to the surface. The experience also changes every core of Winnifred’s being.

After seeing many things in the spirit realm, and having those dreams manifesting themselves in the natural, I knew it was important to share those happenings with others. Especially seeing that individuals were being negatively impacted, in the natural. Children were not exempted from the evil that was manifesting itself in the church.  One Wednesday night I saw in a dream, one of the youth who was currently involved in sport at that time. In the dream, the youth mother who was a prayer warrior was away from home. Due to her absence scores of people went in and took over the home. The following Sunday I went to church, and there came the youth with a fracture or broken arm.  This is only an example of experiences, which cause Winnifred to write my story. Perhaps the scariest of all, in that church, is that individuals are unaware of what was happening in their lives.

Do You Know Who You Married?  Is available at Amazon, Barnes & Noble, EBay, and other booksellers.