Disappeared and Found, a Cold Case Mystery with Family Themes 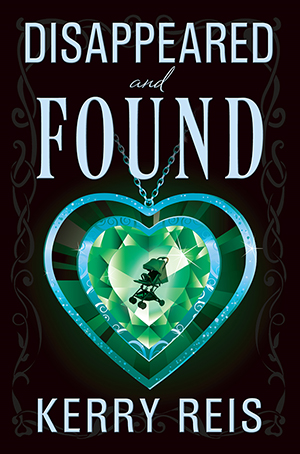 I am honored to present to the Authors Lounge my recently self-published novel, Disappeared and Found, which is a mystery about a young woman who unexpectedly discovers that she was actually adopted as a baby and reaches out to a reality television program that seeks to investigate and reconnect adopted individuals with biological family. When the young woman’s DNA test seems to have a close sibling match in an ancestry database, the program’s host reaches out to the potential biological brother to determine if he had a sister who had been put up for adoption. In a shocking twist, the young man reacts by claiming that his sister was not put up for adoption, but that his mother and his baby sister disappeared about twenty years ago when they went out for a walk. The reason he was in the ancestry database was at the suggestion of another reality television program that investigates interesting missing person cold cases and was producing an episode on the long ago disappearance of the mother and child. Now, both television productions, local police forces, and the FBI come together to solve the re-energized cold case mystery, but both the young woman and her discovered brother must come to terms with family and reconnection.

This is my second self-published novel. My first, Legacy Discovered, was written shortly after I was let go from my broadcast publicity position with Disney ABC Television nearly ten years ago, after a twenty-seven year career with ABC Television and Disney ABC. I grew up in Jacksonville, Florida, but my desire to explore creativity prompted me to go west to UCLA, where I earned a Bachelor of Arts degree in motion picture/television arts. Starting with a small job at ABC in the in-plant print shop, I was able to move into the publicity department which led me to the career of promoting television programming for ABC, which was bought by Disney in 1997, expanding our department’s services to the Disney cable channels. Just before I was let go, I got my idea for Legacy Discovered as a potential script idea, but I quickly considered trying the fairly new process of self-publishing when I lost my position. I had been diligently focusing on self-marketing my first book, when a close friend dared me to write another book.

One night, I was watching an episode of Long Lost Family on TLC, a reality show where a couple of hosts independently help an adopted person or a biological mother who had put a baby up for adoption to search, investigate, and reconnect with the biological family. After watching the episode, I changed the channel to watch Disappeared on the ID channel, a reality show where each episode provides through interviews the unsolved mystery of a person or group of people who suddenly went missing. Suddenly, in my mind, the concepts behind the two shows began to merge, and my friend’s challenge roared up. I have always had a love of mysteries, which includes my full set of Agatha Christie novels that I gathered together when I was a teenager. I am also entranced by the inner feeling of family and connections. I worked out an outline for the plot, and I began to consider the main feelings within my main characters as their world turns upside down. My friend was one of my beta readers, and I met his challenge.

Disappeared and Found is at its heart a true mystery to be solved, which should entice mystery aficionados, but it also delves into the inner conflicts of family, especially as my main character, Dorothy, has been dealing with what she felt was the loss of her mother in her teen years, only to suddenly face the sudden unveiling that this was not her real mother and that the mother and father she knew might not have been as lovingly honest as she grew up to believe. The unraveling of false “truths” and the understanding of imperfections in one’s life should appeal to readers who seek a more personal story. In all, it is a subtle blend of mystery and family drama to appeal to a broad range of readers.

The storyline of Disappeared and Found is fully resolved, so I do not see a sequel or series to these characters in the story. I could see it as a Lifetime movie, or in the new world of streaming services, a potential HBO or Netflix film. My career at Disney ABC has given a few subtle connections that might put my work in front of a few producer eyes, but in the current digital world, nothing is for certain. In the end, I hope my creative works are able to find and entertain readers with thoughtful storytelling. It is available on Amazon, as well as Barnes & Noble and Kobo. Avid readers can also ask their local bookstores to order it as well. If readers wish to know more about me and my works, they can go to my website, to read more about my life, my books, my blog, and slideshow images from my travels.