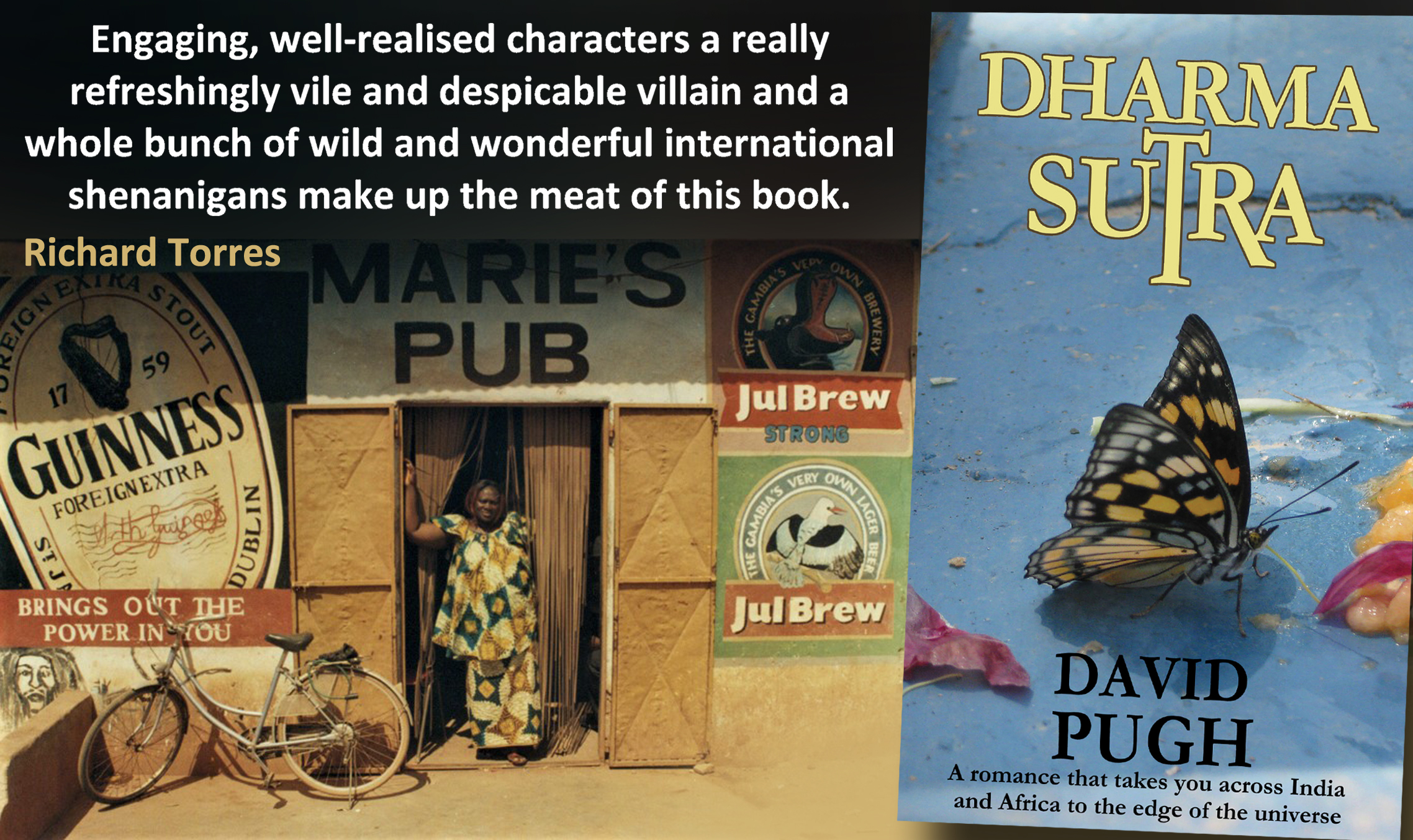 Jeffrey and Sylvia Dharma’s staid marriage is ripped apart, during a family holiday in The Gambia. They are introduced to Remus Jallow, a charismatic Rastafarian, palm tapper and the lives of all three become forever entwined. Jeffrey and Remus find that each have qualities the other lack, together they know that they would make a remarkable human being. Sylvia embarks on a sexual relationship with Remus, she told Jeffrey that she wanted sex with another man before she died. Jeffrey consents to the liaison, as he too wants to find another woman. While Jeffrey and Remus are on a bonding safari to Guinea Bissau, Sylvia decides she wants to stay in The Gambia and buys a small hotel. Jeffrey is annoyed that he wasn’t consulted, but not as furious as Bob Jatta, a local gangster, who had intended to buy the property, being next door to the new casino he is building.

Back in the Gambia, Bob Jatta has hired an enigmatic Botswana hitman, to arrange for a fatal accident to happen to Sylvia. Bob also has another plan, he sends Remus to India, to persuade Jeffrey to divorce Sylvia, or failing that, kill him. Remus has no intention of killing his brother, instead he embarks on his own voyage of self-discovery. Bob’s plans for Sylvia do not work out as he had hoped, as a result the Gambian storyline ends in violence and bloodshed.

Leaving Lithang Jeffrey heads for Sikkim, here he receives a sign telling him to go to Puri in Orissa. He discovers that he has been called there by Lord Jagannath, to become the avatar of Balabhadra, Lord of the White races. Remus meets him in Puri, where Remus is told that he is to be Jagannath’s earthly representative of the Black people. They are instructed to find a woman to become Subhadra, the living embodiment of the Yellow races; if the three can unite, they are told they will find true enlightenment. Jeffrey finds a guru in Puri, who tells him much about his life and of his previous existences. Remus has also been on a quest to find his own guru, after being shown a photo of an aging sadhu, who is the exact likeness of himself.

The pair find a Japanese lady, a retired adult video star and the three unite in a drug induced sexual union in an ancient cave temple. With a new understand of the meaning of their lives, the three head for Rishikesh, where they are told they will find Remus’ sadhu, to help him complete his personal journey to enlightenment.

This book is semiautobiographical, following my own journey. I did meet the palm tapper who inspired the Remus character, we remained friends for some thirteen years, travelling around Africa together. While in Rajasthan, India, in 2003, I came across a sadhu who was the exact double of my Rastafarian friend. It struck me that my soul brother would really enjoy the life of this dreadlocked holy man, who seemed to do nothing but smoke ganja all day, and wait for people to bring him food. It was then that the first seed of the novel was sown; what would happen to an African mistaken for an ascetic from South India.

I am certain that anyone who has toyed with the idea of embarking on a journey of self-discovery will enjoy Dharma Sutra. Many who couldn’t take a gap year in the Sixties and Seventies, will realise that it’s not too late to find their way in life. I had a successful career as a comic strip artist and writer, but I became frustrated with simply drawing adventure. A point came when I felt secure enough to walk away from the drawing board and sample what else life could offer me. Almost every character in the book is based on a person I have met on my journey of self-discovery, even the despicable villain is an amalgam of two very nasty characters I had the misfortune to meet.

I’m just completing my fourth Jeffrey Dharma novel; the second book, the TRANSFIGURATION OF JEFFREY DHARMA, is set seven years after the first novel. It examines aspects of rebirth and regression into memories of past life. Several chapters were inspired by my experience of ingesting ayahuasca over four-nights, in the Amazon Basin with my son. We both found it was the most life affirming experience we ever had; we saw that the spirit world truly exists. One thing that shocked us both, was the discovery that we were capable of sharing the same lysergic vision and communicating to each other within the realm of Mother Ayahuasca.

The third novel, JEFFREY DHARMA, ZODIAC MAN is a thriller set in modern America. Jeffrey is a psychic investigator, slipping into the Realm of the Dead, to interview murder victims.

I’d like to thank Authors’ Lounge for allowing me this space to talk with potential readers. You can find out more about my comics career at… https://www.facebook.com/artist.david.pugh/photos/?tab=album

Buy the novel from Amazon USA…

Buy the novel from Amazon UK: