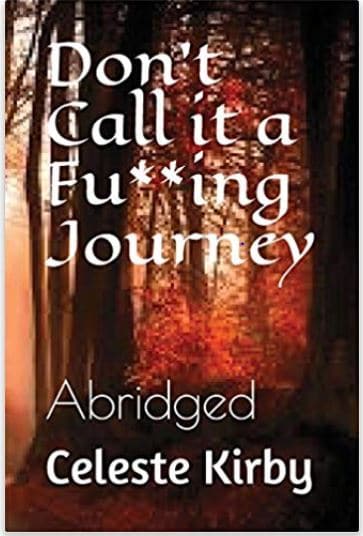 Readers Magnet | First off, I’d like to thank Authors’ Lounge for giving me this opportunity. When Florine asked what I’d done to market my books in the past, I wished I’d had a better answer than “Not much. Actually, nothing.” Or at least a better excuse for doing nothing, like I’d been training chimps to colonize the moon, or something.

But no, I’ve been barely moving most days, pretending I’ll wake up from whatever parallel universe I’ve been living in for the past four years, but still get to keep the good parts.

Because four years ago, I was diagnosed with multiple sclerosis. December 15, 2015. I must have had it for years, maybe even decades, because I’d just stopped walking ten days prior. I had very little processing time from diagnosis to wheelchair.

And people would get so excited to talk to me about it, as if their kindness, now that I was in a wheelchair, would be rewarded by their imaginary friend, god. Their eyes would light up, and they’d tell me about some long lost acquaintance, who’s now selling LuLaroo, or whatever the kids sell these days, who also has it and has been miraculously cured by religiously attending yoga while shoving kale up their ass at a 45 degree angle, and I’ll be able to walk again too!

I smile and nod because it’s easier to do that than explain that it’s different for everyone. It’s a disease of the brain, wherein it misfires its signals. So it’s literally a different disease for every victim (those who are still excited to have it call themselves “warriors”), and it’s a different disease every day. You ever seen a toddler eat? That’s MS. It has to separate stuff out, but it can’t. It does one thing one day, and another the next. It’s “triggered” by everything and nothing all at once.

And if that wasn’t enough fun, I was also diagnosed with fibromyalgia, which is a fancy way of saying, “we don’t know what’s wrong with you, but you’re going to be in agonizing pain the rest of your life, and no one believes this is real. Good luck with that.” Thank the god I don’t believe in I also have MS and can’t walk, so I can at least get disability, right?

But my overachieving is far from being done. I also have endometriosis, which I’ve had for decades, sciatica, scoliosis, chronic bronchitis, anxiety, depression, ptsd, c-ptsd, adhd, and probably a few more. I’ve lost count.

He told me all about the “MS hug,” a symptom in which it feels like your stomach is being constrained by a boa. That made sense. I thought I’d been getting cramps again out of nowhere, even though I hadn’t menstruated in decades (thanks, endo). My best friend asked if the MS hug was some sort of secret handshake. Did I just tell our secrets to her? Will they have to initiate her or kick me out? I had my fingers crossed for the latter, but it was a no go.

I told Mr. Multiple Sclerosis Missionary that I was proud of him for loving his daughter, even though she was gay. His jaw about hit the floor. Oh shit. Did I just out her? Did he think they were just “roommates”? Did he think my niece was a boy? She’s butch as all get out, and her name IS Sam. Shit.

“Of course I love her. She’s my daughter.” Phew! I was not expecting that! “Now let me help you on your journey.”

I didn’t know why, but that word riled me then. It had even riled me when my mother used it to describe her own experience with breast cancer (so I’ll probably have that going for me too). It felt fake. My mother is exactly who she pretends to be though, so it’s fitting for her.

But everyone uses that word. Is everyone a pretense? I’m so ridiculously transparent, that no one believes I’m for real. So, probably.

Why is “journey” only used for severely physically debilitating diagnoses? No one talks about their “journey” with depression. Or their “journey” with raising children. Unless they adopted them from some third world country and became their (probably) white saviors, wherein they get kudos for doing it.

But loving your own kids? No pat on the back. Getting out of bed every day when the world is closing in on you? Just think positive (my second most loathed expression)!

But me, in a wheelchair, going shopping? I’m so brave! Me, unable to walk, still able to smile? Inspirational! And when I’m not? The only disability is a bad attitude, missy! (That, just now, became my third most loathed expression, but ‘let it go’ now has a literal song and dance routine to go with it, so it may win this thing).

After the umpteenth therapist screwed me over, and the people in this world who were supposed to care the most if I lived or died cared not at all, I returned to my first love, my forgotten love: writing. Specifically, poetry.

Poetry says what conversation can’t. If I say it, I’m a whiner. If I even write it, I’m a Negative Nancy. But if I express it through poetry, never mind that I never rhyme and rarely use uniform stanzas, it says what I can’t. Poetry has a way of getting people to listen to what I’ve actually been saying for years.

When they ask me, bright eyed and bushy tailed, to recount to them one more time my “journey,” mainly so they can get warm fuzzies and not have to feel guilty that the world is not handicapped accessible and they’re doing nothing to ease our pain, I’ve started saying, “it’s not a journey; this is my life.”

And thus, the title of my (so far) favorite book of poetry was born: “Don’t Call it a Fucking Journey.”