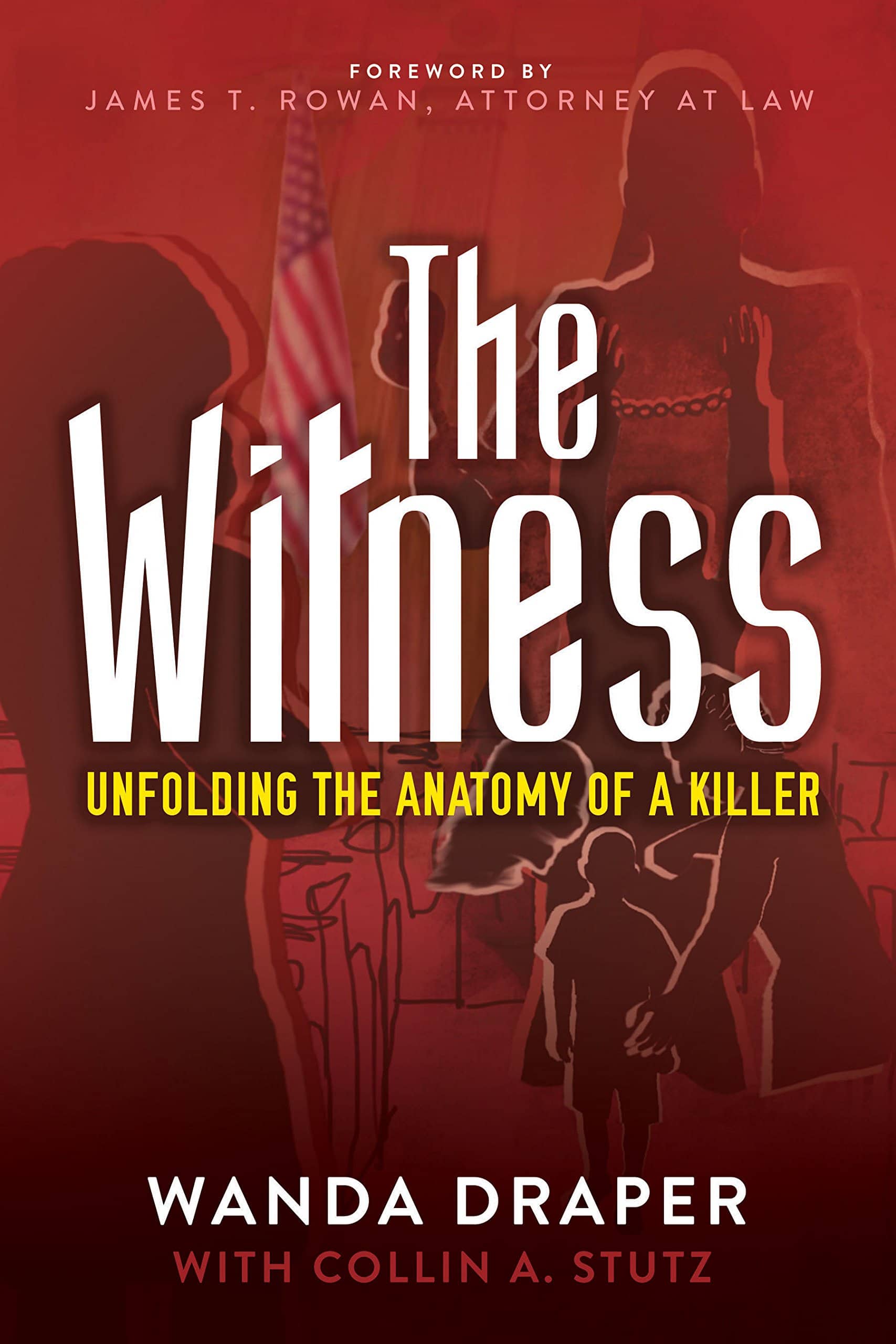 Wanda Draper’s The Witness takes readers to court trials of murder cases, and inside the minds of murderers.

Since 2015, there has been a steady rise in murder and non-negligent manslaughter cases in the United States in the decade. In 2016, there have been over 17,000 reported cases. For expert witness and author Wanda Draper each murder trial is an opportunity to better understand how the criminal justice system works, and at the same time answer these two core questions: “What is justice?” and “Are killers born or created?”

In 2016, behavioral scientist and author Dr. Wanda Draper published the book The Witness: Unfolding the Anatomy of a Killer.

The Witness: Unfolding the Anatomy of a Killer by Dr. Wanda Draper

Dr. Wanda Draper shares her experience as a professional behavioral witness to murder trials through her 2016 nonfiction work The Witness. The book is a compilation of Draper’s experience as an expert witness in some of the most memorable court trials involving the death penalty. Dr. Draper has worked in over 100 hundred during her career. One of the highlights of Dr. Draper’s work is the question of whether there is justice for the murder victims. Draper also challenges us with the question: Which is the more just punishment, death penalty or a life sentence with no parole?

For over 40 years, Draper has worked with families and children of murder victims on a developmental level in order to reconstruct the chilling and shocking sequences of circumstances and factors that lead to murder as well as the aftermaths and trauma left by the incident. Her first case involved two siblings-ages four and six. They had witnessed their father shot and killed their mother. This was the start of Wanda’s career as an expert witness.

In her book, Dr. Wanda Draper does not give her personal bias. She allows readers to form their own opinions based on the evidence provided. One of the highlights of the book is Draper’s explanations for how defendants commit such crimes, allowing readers to ‘dissect the internal working model of a murderer and to discern the pattern and strains of violence from the interweaving of development and behavior.’

“My greatest interest in working with these criminal cases is studying the defendant as a whole person, not just someone caught in one slice of time. I want to learn about this person’s childhood and family and community life and about the influences that coalesce to have an impact—for good or for evil. I want to connect the dots.” – Excerpt from The Witness by Wanda Draper

Dr. Wanda Draper’s The Witness: Unfolding the Anatomy of a Killer provides a glimpse of the not-so-familiar aspects of the justice system. Furthermore, the books offer a peek inside each convicted killer’s mind and what drove them to commit murder. The Witness contains accounts of real murder cases. The emotions are very real, making the book a truly unique and enlightening experience.

Is There a Nanny in the House? Enriching Families with Nanny Know-How (1992)

Living and Working with Children (1993)

The Witness: Unfolding the Anatomy of a Killer (2016)

Wanda Draper, Ph.D., is a professor emeritus of the College of Medicine, University of Oklahoma. Draper also studied at Texas Woman’s University, with additional studies at Harvard University and in Geneva, Switzerland. She is an expert witness in over a hundred capital murder cases. Wanda Draper is the author of 16 books. She has appeared on television, including The Oprah Winfrey Show, and has been quoted in CNN News, USA Today, The New York Times, The Washington Post, Parent magazine, and Reader’s Digest.