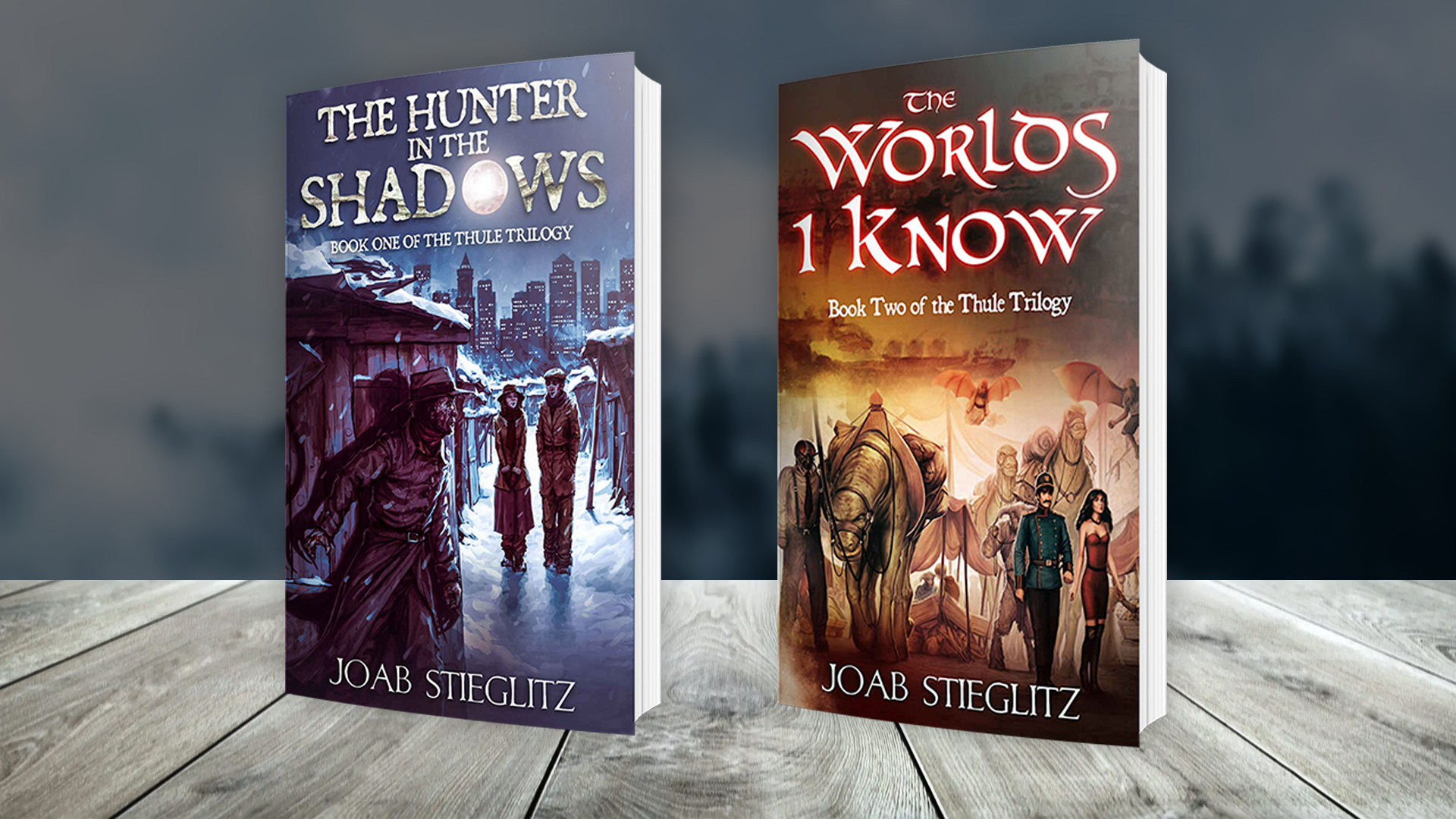 After finishing The Utgarda Trilogy, Joab Stieglitz is back with a new project, The Thule Trilogy.

The Thule Trilogy by Stieglitz is a spin-off from The Utgarda Trilogy but not its sequel. Here, Stieglitz takes us to the adventures of Russian anthropologist Anna Rykov. Anna Rykov is one of the main characters from The Utgarda series. Joan Stieglitz already released the first two books: The Hunter in the Shadows and The Worlds I Know last year. Currently, he is working on the third installment of the Thule Trilogy.

The Hunter in the Shadows

The Hunter in the Shadows features Russian anthropologist Anna Rykov as she embarks on another adventure, this time on her own. After having a dream in which her alter-dimensional sister Sobak was in danger, Rykov goes to Depression-era Boston. Her mission is to find and kill the shape-shifting creature whose plans could wipe out all life on the planet. Anna Rykov is accompanied by Cletus the hound and a homeless World War I veteran with a dark past. Aside from the alien, the group must also deal with notorious law enforcer and future head of FBI, J. Edgar Hoover who is unto them. Set in the 1930s, The Hunter in the Shadows is the first book of the pulp adventure series The Thule Trilogy.

The Worlds I Know

With the plot by the German Thule Society to spread alien chaos in western powers discovered, Anna is summoned to England. She is ordered to investigate the mysterious runes recently uncovered during a mining survey. However, British authorities are not so keen on having Anna. During the site inspection, Anna discovers a familiar place- Siashutara. Siashutara is the world seen by psychic Brian Teplow which he documented in his childhood journals. But unlike the Siashutara that they know, the one seen by Anna is modern. She also learns that she is the heretic scion of Nygof, the assassin whose actions caused the global upheaval known as the Cataclysm. Worse, Anna discovers that her old nemesis Queen Sif and all her cohorts from Earth have alter-ego there as well. Anna must find a way to escape imprisonment and prevent the two worlds from merging and restore order by setting the two planets to their paths. Fast-paced and thrilling from start to finish, The World I know is truly an epic adventure on its own. It is the second book of The Thule Trilogy.

According to Joab Stieglitz, he is currently working on the third book. Though there has been no title released yet, pulp adventure fans can expect another thrilling adventure and worthy of the series finale.

Joab Stieglitz is an author and an application consultant for a software company. Stieglitz was born and raised in Warren, New Jersey. Joab Stieglitz has published several pulp adventure novels. Most of his works are influenced by his passion for RPG games and science fiction. Stieglitz is also a game master of horror, espionage, fantasy, and science fiction genres that includes Savage Worlds (Mars, Deadlands, Agents of Oblivion, etc.), Call of Cthulhu, Pathfinder, Lamentations of Princess, GUMSHOE, and other games. For three decades, he has worked as a software trainer, network engineer, project manager, as well as a technical writer. One of his masterpieces, The Thule Trilogy is the book series from Steiglitz. The series is set in the 1930s. Joab Stieglitz currently resides in Alexandria, Virginia.