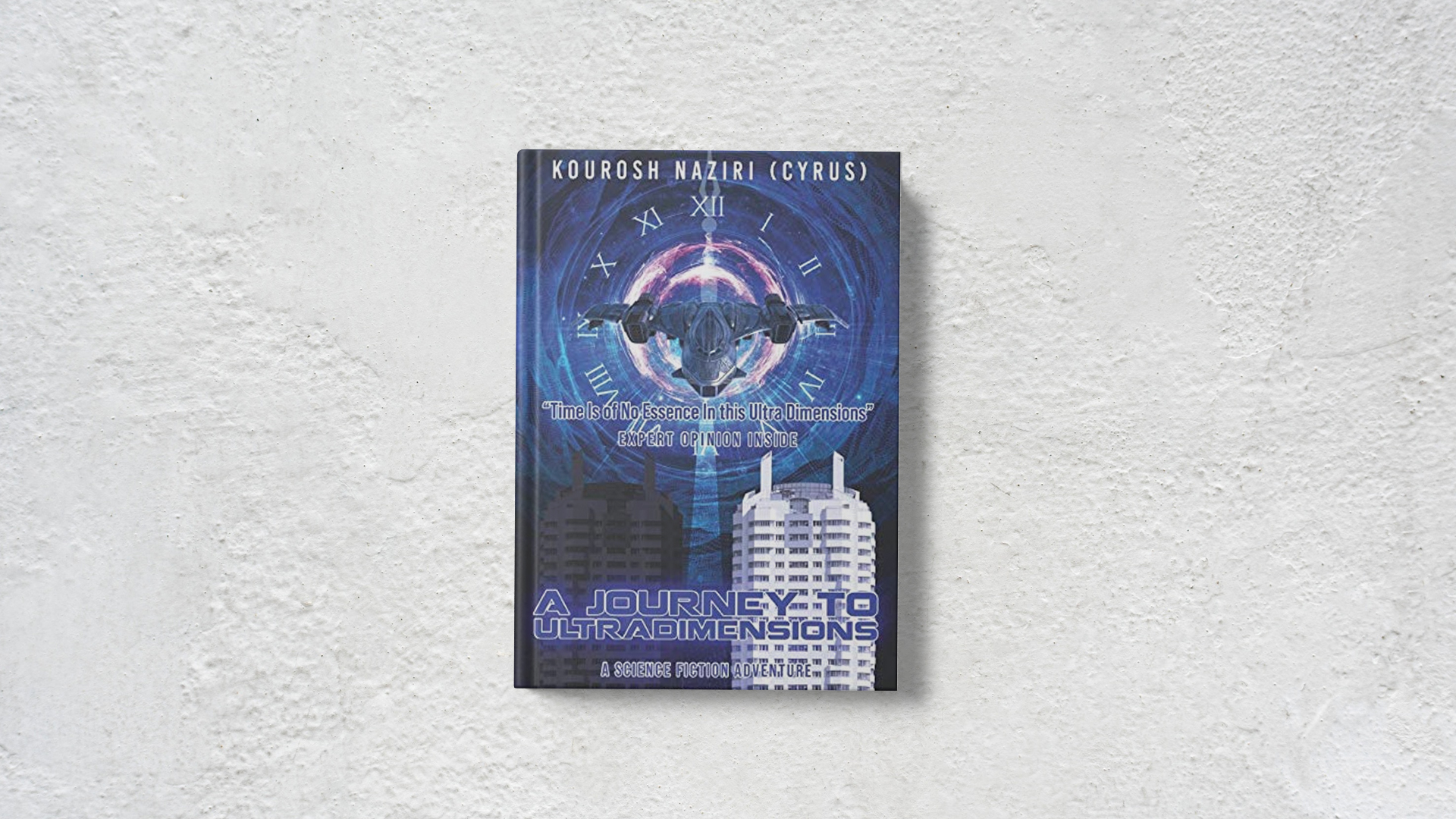 Journey to Ultradimensions is a science-fiction adventure by Kourosh Naziri.

Science-fiction adventure works cover a wide variety of subgenres. There’s Alternate History (The Iron Dream by Norman Spinrad), Apocalyptic /Post-Apocalyptic narratives (I am Legend by Richard Matheson), Near-Future (The Martian by Andy Weir), Military Sci-Fi (Starship Troopers by Robert Heinlein), Alternate Parallel Universe (His Dark Materials by Philip Pullman), and countless more. For today we are going to feature a sci-fi space adventure under the light/humorous sci-fi novels category. ReadersMagnet is proud to feature Journey to Ultradimensions by Kourosh Naziri.

Journey to Ultradimensions is a light humor SF novel by Kourosh Naziri. It was published last October 2020. The novel follows the adventure of the main character named Captain Houshmand, who is determined to rescue his beloved fiancé, a girl named Delaram. Before Houshmand could marry Delaram, an alien kidnaps his bride-to-be. He then attempted to rescue Deleram and realized that he is lost in ultra-dimensions on his way to Earth. What follows next is a series of unforgettable adventures on the way to his rescue mission. The whole story is told from the point of view (POV) of the main character, Captain Houshmand.

“In this book, you will be able to witness a new original action-packed adventure of Captain Houshmand. This book has an original style of comedy, which I called Cartoonamic. Captain Houshmand is a great brave man who is about to marry Delaram. A Xinterrian kidnaps Delaram before the matrimony and will take her to an unknown place. Captain Houshmand will do everything to rescue Delaram. On his way to Earth, Captain Houshmand finds out he’s lost in ultra-dimensions, and this will lead him to an adventure that he’ll never forget. Just like any sci-fi movie, there are lasers, torpedoes, photon torpedoes, and all kinds of make-believe wars.” (book description)

Kourosh Naziri’s Journey to Ultradimensions is divided into three chapters and a final chapter, which highlights the battle between Commander Russell’s forces and the combined strengths of the Meh-jazians and the Xinterrians. One of the highlights that readers will find in Naziri’s books is the world-building and how he creates the characters to fit in the “universe”, he has built for Journey to Ultradimensions. Sci-fi fans can also expect an action-packed narrative and characters that they will grow to be familiar with. Personally, Naziri’s book definitely deserves a sequel, to say the least.

Light Space Adventure sci-fi books are not standard these past few years. Kourosh Naziri offers a fresh breath of air from the often dark and violent themes that most sci-fi literature provides. While there have been many space adventure stories published in the past, Naziri’s recent excursion of the sci-fi world provides a new narrative worth checking out.

Other Works and Projects

Kourosh Naziri finished his formal education in 1982. He obtained a Bachelor of Arts degree at George Washington University in Washington, D.C. After six years, Naziri achieved his Master of Science in Telecommunications and Engineering degree from the same university. His interest in technology and science started at a young age and progressed as he grew older.

For many years, Naziri worked as a lecturer of electronics at Northern Virginia Community College (NVCC). He also gained significant professional experience working in the Washington metropolitan area as a network specialist and technician for the World Bank. The World Bank is one of the world’s most important financial institutions.

2003. He is in charge of the corporation’s daily operations, supervising the staff, and managing the billing for patients and insurance companies. Over the years, Naziri has acquired vast experience and expertise in the managing business. Recently, he decided to put them to good use and establish the Cyrus 21st Century Entrepreneurship LLC. He currently serves as its general manager.

When not busy with writing and business commitments, Kourosh Naziri spends his time as an active community volunteer with the Salvation Army.