Book Feature: The Song of Solomon the Snail by Caroleann Rice 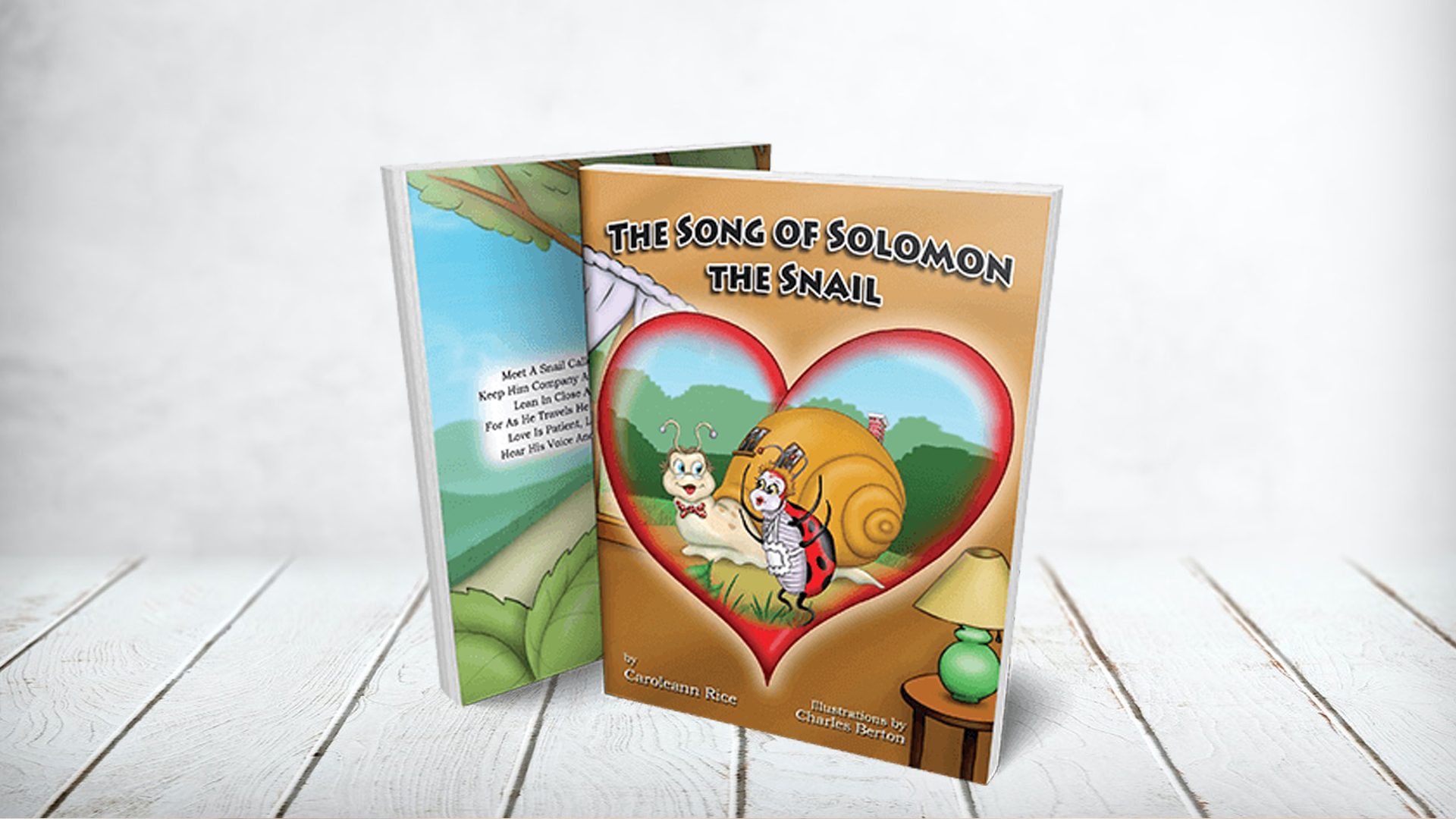 The Song of Solomon the Snail is a children’s book by author Caroleann Rice.

Reading books to children is a means to help children understand the world and live their lives to the fullest. Children’s books are full of wisdom that children need in their lives. This important wisdom and lessons will help in the molding of children. Author Caroleann Rice’s book, The Song of Solomon the Snail, is one of these books that will instill wisdom and lessons to young kids.

The Song of Solomon the Snail

This picture book was first published in 2017. The Song Of Solomon The Snail is the debut children’s book of author Caroleann Rice. This book contains illustrations made by Charles Berton, who also she worked within her second children’s book, The Ladybug and the Bully Frog. Berton is known to illustrate for numerous children’s books including Different is Beautiful, Meeting My Brother, Henry’s Thoughts, and the recently released book, Children are Heroes Too.

The Song of Solomon The Snail follows the story of a snail named Solomon. The readers are given a chance to accompany Solomon the snail as he goes along a journey towards a destination. Solomon is not your ordinary snail. Solomon the snail is a singing snail. He sings his songs as he travels. Thus, readers must lean in close and listen to his songs as his songs are something that one must pay mind to.

Who would have thought that one day, you will be something wise and all-knowing? Well, not Solomon the snail. Solomon the snail was destined to be the wisest among the animals in the area. The story started out with a young Solomon the snail, who at a young age, did not expect that life has something wonderful prepared for him. Solomon being a snail goes ever so slowly and sings along the way just like he would often do. Solomon, who carried his house on his back, would retreat inside and ask his friend for answers on questions that are in regards to his life. This friend is the Mighty Wondrous Voice of Love. Solomon’s friend is someone who would help and counsel him on decisions he needs to make.

The story of Solomon the snail came to be when the author was but a young girl. She was told by her grandfather one summertime to pick up a snail and it can be her pet. Her pet snail was what urged her to write about a snail that was so smart and helpful towards a ladybug who had problems. The snail was then named after Solomon of the Bible who was known to be smart, wise, and full of wisdom. And God was the inspiration for Solomon’s friend, the Mighty Wondrous Voice of Love.

With this book, young readers are taught to think things through and to make wise decisions. This picture book teaches children to pause and consider the choices presented to them in daily life. The author effectively teaches young kids wisdom in life. This is something that should be taught at an early age.

After writing The Song of Solomon the Snail, Caroleann Rice wrote another children’s book with the title The Ladybug and the Bully Frog which was published in 2018. This book is connected to Rice’s first children’s book. The ladybug “Dot” was a friend of Solomon the snail whom she sought help for her problem.

Author Caroleann Rice is a children’s book author, a chaplain, a mother of two, and a grandmother. Rice enjoys spending time with her twin granddaughters, Madison and Paige. At the age of thirty-three, she was widowed and was left to raise her children, Kevin and Colleen, as a single mother. Having lost her husband, she was brought to new heights and challenges due to the change of direction in her life. Rice had grown a liking to music, traveling, cooking, and her most recent hobby, writing stories. Her love for writing prospered and as a result, she was able to publish two children’s books. Overcoming the struggles and challenges in her life made her decide to make characters who share the message of overcoming the hindrances in one’s life.