Book Feature: The Ground Upon Which I Stand by Stephanie Stieglitz 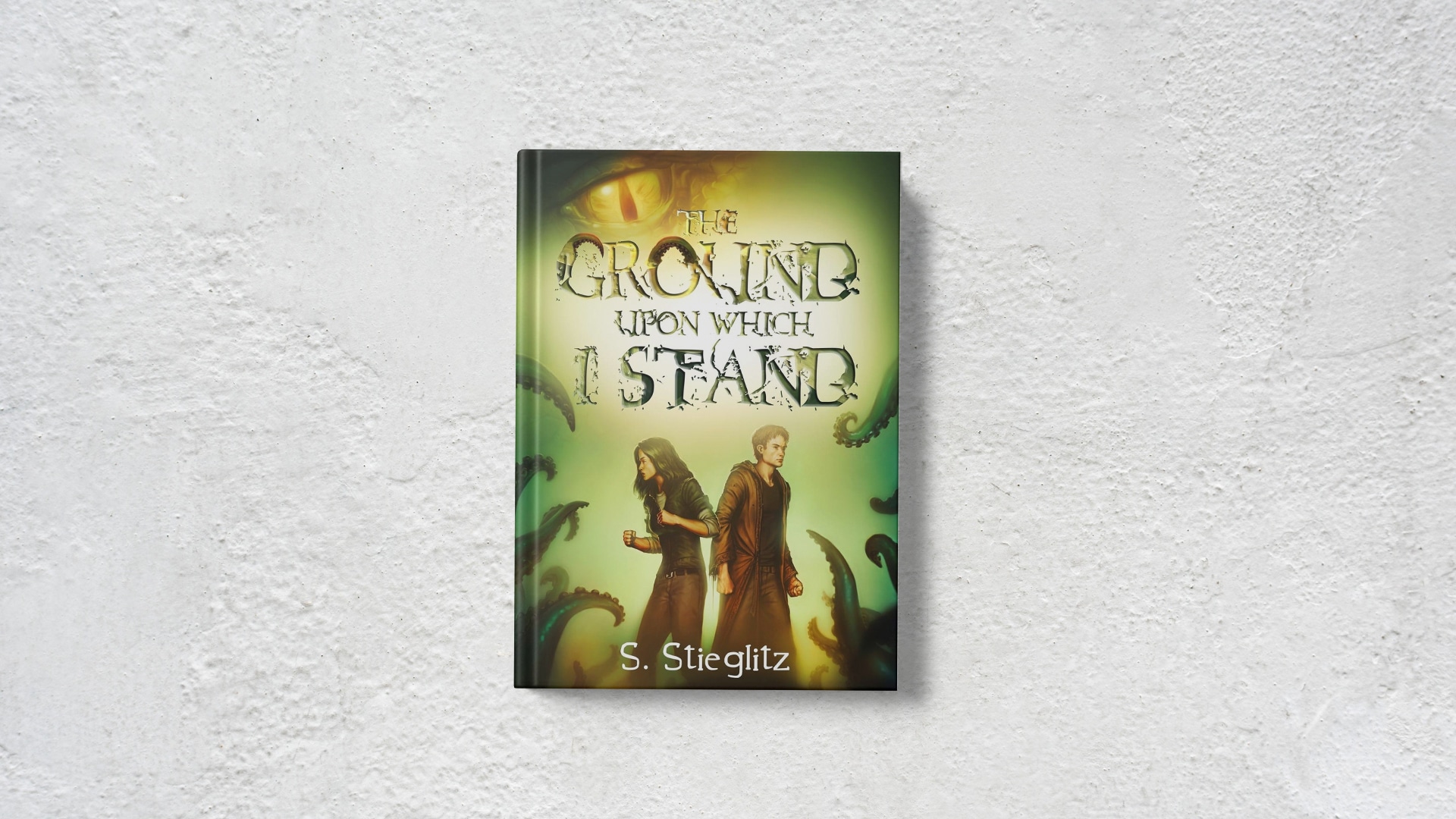 The Ground Upon Which I Stand is a Lovecraftian book by Stephanie Stieglitz.

Since last year, we have featured works by Joab Stieglitz. Joab is the author of pulp fiction horror adventure novels. His Lovecraftian works include The Utgarda Series (The Old Man’s Request, The Missing Medium, and The Other Realm) and The Thule Trilogy ( The Hunter in the Shadows, The World I Know, and an upcoming book), which is a spin-off from the former series. Stieglitz’s works are heavily influenced by the American literary great Howard Phillips Lovecraft, or most commonly known as H.P. Lovecraft. Lovecraft is the author of pulp fiction works, including The Call of Cthulhu, The Rats in the Walls, At the Mountains of Madness, The Shadow over Innsmouth, and The Shadow Out of Time. Today, we are going to feature Joab’s wife, Stephanie. One of her works is inspired by the greatness of H.P. Lovecraft. The Ground Upon Which I Stand is our book feature for the day.

The Ground Upon Which I Stand by Stephanie Stieglitz

Stephanie Stieglitz’s The Ground Upon Which I Stand is her first novel. It was published in December 2019 (Rantings of a Wandering Mind), just a few days ahead of her other work, After the Battle: Kelley’s Story. While the latter is a sci-fi adventure, The Ground Upon Which Upon I stand is actually a collection of Lovecraftian stories. Lovecraftian stories are characterized by weird fantasy horror narratives with themes ranging from cosmic horror, gore, downright bizarre, shocking elements, and draws heavily on myth, horror, and science. Stieglitz’s book is composed of three horror stories. The stories are Mythos 101, Homecoming, and Reckoning. All three novellas in the book center upon the main character named Ramona. Ramona is described as a naive girl who believes that college is just another institution of higher learning. Her life is suddenly changed one day after a series of events led her into the world of mythos.

“The Ground Upon Which I Stand is a collection of three light Lovecraftian horror stories.

Mythos 101. Ramona thinks college is just an institution of higher education. She isn’t ready for a crash course into the mythos.

Homecoming. After surviving her first ritual, Ramona goes home with Dexter to meet his father. Neither of them are prepared for what they find.

Reckoning. Good things happen to bad people. Bad things happen to good people. It’s just the way life goes. But Dexter and Ramona aren’t willing to wait for karma to catch up and play out on its own.” ( excerpt from the book description)

Other Works by Stephanie Stieglitz

After the Battle: Kelley’s Story

Published in 2019, After Battle is a space military sci-fi novel. It was released just days after Stephanie Stieglitz published the first work, The Ground Upon Which I Stand. The story revolves around a space fleet carrier soldier named Kelley, whose directionless life is altered when he discovers a family secret that leads him into a space journey unlike he’s ever had before.

To know more about Stephanie and Joab Stieglitz’s works, you can purchase their books or visit their author website today.