Book Feature: Inspired From My Heart by Kathryn Coltrin 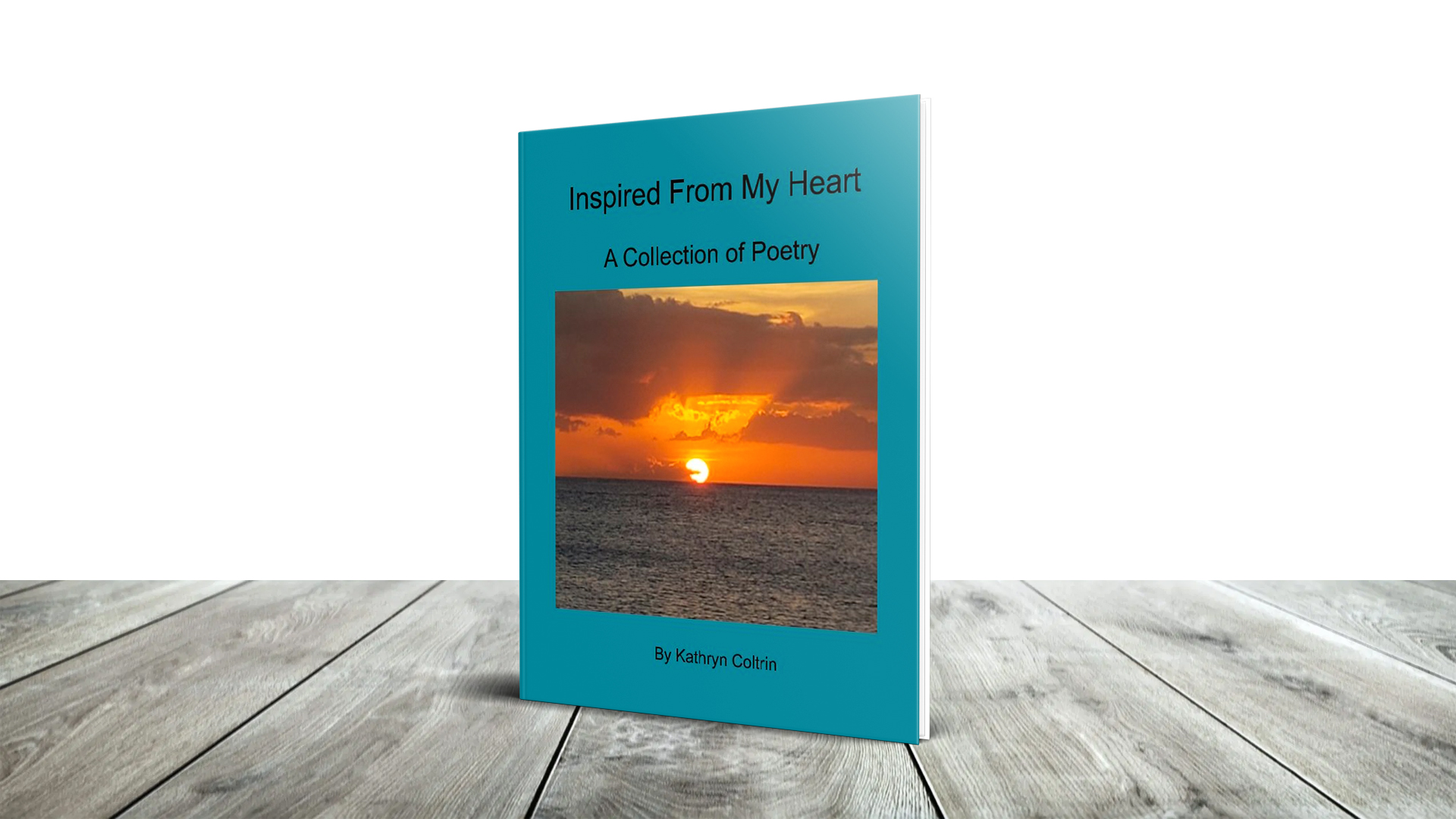 Inspired From My Heart is an inspirational poetry book by Kathryn Coltrin.

There have been many inspirational poetry books. Many of them talk about spiritual journeys. Some are about personal life experiences. Some celebrate nature and relationships. Relationships with family, friends, and significant people are excellent sources of inspiration. Relationship with God is perhaps the greatest source of inspiration. In 2016, poet and author Kathryn Coltrin released a collection of poems entitled Inspired From My Heart. The book is our featured book for today.

Inspired From My Heart

Inspired From My Heart by Coltrin is a collection of inspirational poems published in 2020. The poems were written and compiled by Coltrin herself. The book is actually her fourth published work and her second poetry book, with Written From My Heart (2016) as her first. Unlike the first poetry book, this one is lighter and contains 24 pages. In this work, Kathryn yet again inspires her readers by sharing how God inspired her to write poetry. This pattern is nothing new from Coltrin, but readers can very well expect unique and fresh perspectives from her latest collection of literary pieces.

The inspiration of God can fill a heart. He fills our hearts with words that inspire us to write them down. These poems are the inspirations that God has placed in my heart to share with those who may choose to read them. Let them fill you with joy as His word inspires your life. (excerpt from book description)

For those who have read Written From My Heart, Kathryn Coltrin is back with another masterpiece. Inspired From My Heart is light yet heart-warming read that you would want to read over and over again. Another unforgettable work from Coltrin.

Other Works by Coltrin

Below is a list of Kathryn Coltrin’s other books and a brief description of each one of them.

Written From My Heart

Before publishing Inspired From My Heart, Kathryn Coltrin wrote Written From My Heart and published it in 2016. This is Coltrin’s first major published work and her first collection of poetry. It is a 42-page work about finding inspiration in God, places, and in other people.

A Stitch in Time

A Stitch in Time is a 2017 semi-biography by Kathryn Coltrin. It is her second published work. In this book, Coltrin focused on the experiences we have and how they shape our relationship and personality. In this book, she talks mainly about her relationship with her grandmother and how it influenced her life.

This is Kathryn Coltrin’s third book. This was published in 2017 and is different from all her previous works. In this book, Coltrin talks about food and how many of them are actually family recipes. Favorite Family Recipes celebrate food, family, and recipes that are handed from one generation to another, preserving the dish and its significance.

Two by Two is Kathryn Coltrin’s fifth book and the first of a series of children’s illustrated books. This was published last year and among her latest works. The book follows the story of Noah and his arc. In this adaptation, Coltrin educates young children about the animals that came to board Noah’s ship just before the great flood.

Swimming in the Ocean

Pirate Kids is the latest addition to Kathryn Coltrin’s work and her third children’s illustrated book. It was published last her. The story follows a group of four kids who wanted to go on a pirate adventure. Their quest is to ride through the neighborhood in search of a pirate treasure. Pirate Kids is a wonderful adventure book children will never forget.

Kathryn Coltrin is a poet and author. She obtained her Bachelor’s degree in Child and Family Development from Missouri State University in 2012. She is the author of several other books, mostly children’s books. Kathryn Coltrin is married to her husband Walter for 36 years. Their marriage produced three amazing children. They also have six grandchildren whom Kathryn really enjoys playing with and having around.

To know more about Kathryn Coltrin, you can purchase her books, or you can visit her website today.