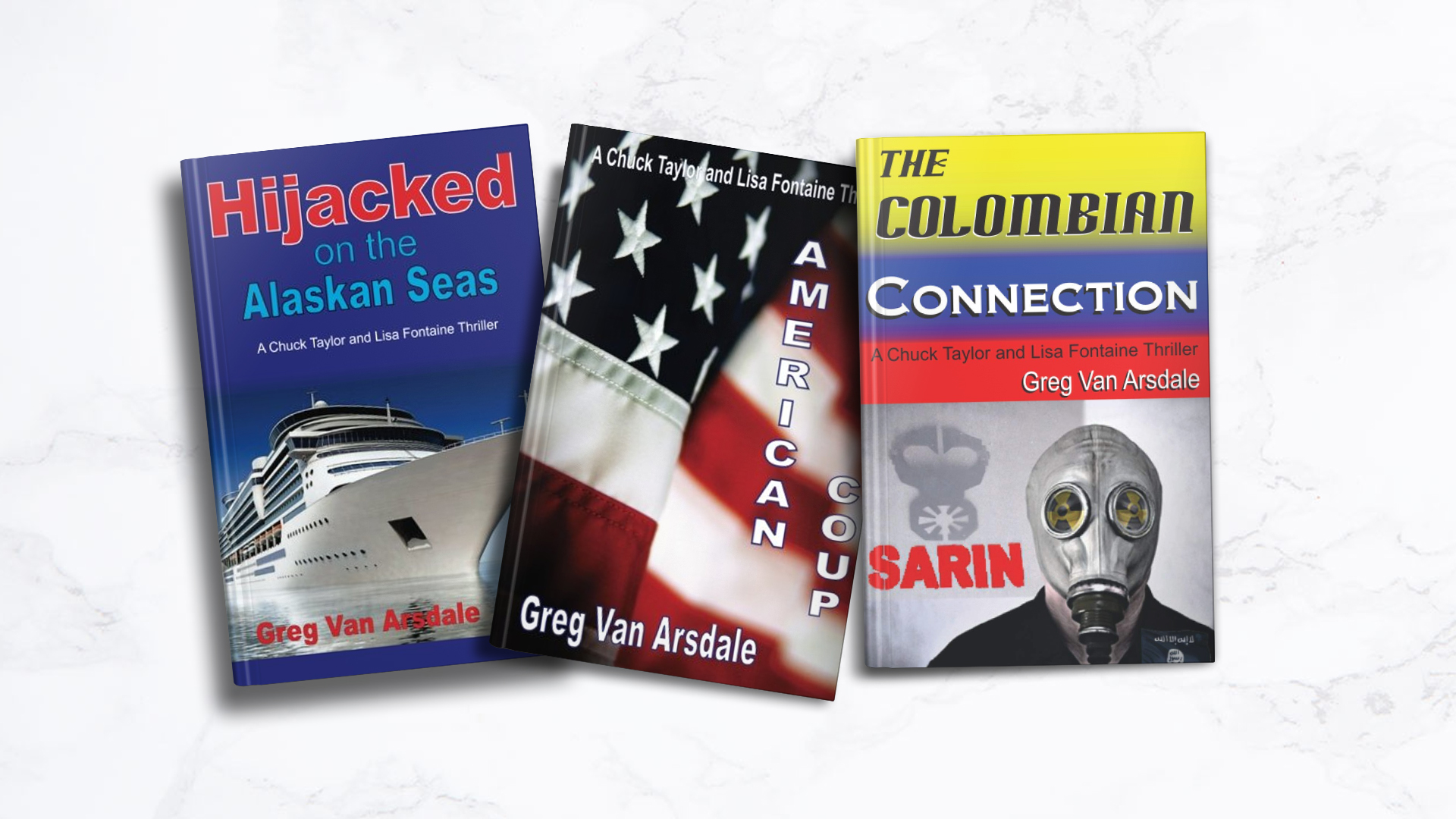 Aside from his non-fiction works about science (The Dual Energy Concept) and spirituality (Complex Christianity), Greg Van Arsdale is also known for his suspense thrillers like Alina (2015), Pack with the Devil (2015), and The Priestly Murders (2018). He also published a science fiction thriller series titled The Genesis Project. The series contains four volumes: The Stranger (2017), New Beginnings (2017), End Game (2017), and The Final Day (2019). Today, we are going to feature another book series by Greg Van Arsdale- The Chuck and Lisa Series.

The Chuck and Lisa series is a collection of political thrillers featuring Chuck Taylor and Lisa Fontaine’s characters. Later on, Chuck Taylor, who started in the series as an ordinary worker, becomes a CIA agent. Lisa Fontaine is a nurse whose wits and skills have saved them both from numerous life-threatening situations. The series features the couple solving puzzles, fighting villains, and saving millions of lives. Below are the titles from The Chuck and Lisa Series.

Hijacked on the Alaskan Seas is the first book in the series. Here, we are introduced to Chuck and Lisa. They met in an infirmary where Lisa works as a nurse. After spending some time together, Lisa decides to invite Chuck for an Alaskan Cruise. Unknown to them, a rogue ban of North Korean commandos led by Colonel Jung Li are also onboard planning to hijack the ship. The plan is to route the ship to LA, where LI intends to detonate an 800-megaton warhead they have stolen from the Russian earlier. With the passengers locked inside their respective rooms, it’s up to Chuck, Lisa, and an old marine to neutralize the terrorist threat and save the city of Los Angeles from a dreadful disaster.

American Coup, the second book in the series, picks up where we left in book one. This time, we see Chuck as a rookie CIA agent. His first assignment is to hand over a top-secret letter to a field operator. Things went south when the operator tries to eliminate him. Chuck then realized that he is in the middle of an elaborate political conspiracy and that the letter actually contains instructions to assassinate the most powerful man in the world- the President of the United States. His boss frames him, and Chuck finds himself on the run, with shoot to kill order. On the run from his boss (who is also part of the conspiracy) and the law, Chuck turns to the one person he can fully trust- Lisa Fontaine. Together, they embark on a perilous journey to stop the assassins and uncover the people behind the plot to kill the top five executives of the U.S. Government.

The third book in the series begins at a Grand Cayman airport bar, where we find the protagonist Chuck in low spirits. We learn in the book that Lisa has left him, and Chuck is contemplating about leaving the agency. However, Chuck’s downtime is short-lived as he overhears two men haggling over the price of kidnapped teenage girls. Chuck decides to intervene but is captured by the LaJarra cartel and is held for ransom. He calls on Lisa, who reluctantly goes to Colombia. With the help of a local CIA operative named Carlos, they secure Chuck’s release. In the process of the release, the group learns of a terrorist plan to attack Miami with Sarin gas. What follows next is a high-octane chase to save millions of innocent lives. The Columbian Connection is the latest installment to the Chuck and Lisa series.

Aside from his stint in the navy, Greg Van Arsdale also worked as a training manager and then senior project manager (specializing in creating computer systems) for Florida Power and Light in West Palm Beach, Florida. It was only these past two decades that Greg focused on writing. In 2013, Van Arsdale began publishing his books. Greg Van Arsdale currently has over a dozen pubished books under his name, ranging from the science, spirituality, science fiction and political thrillers.