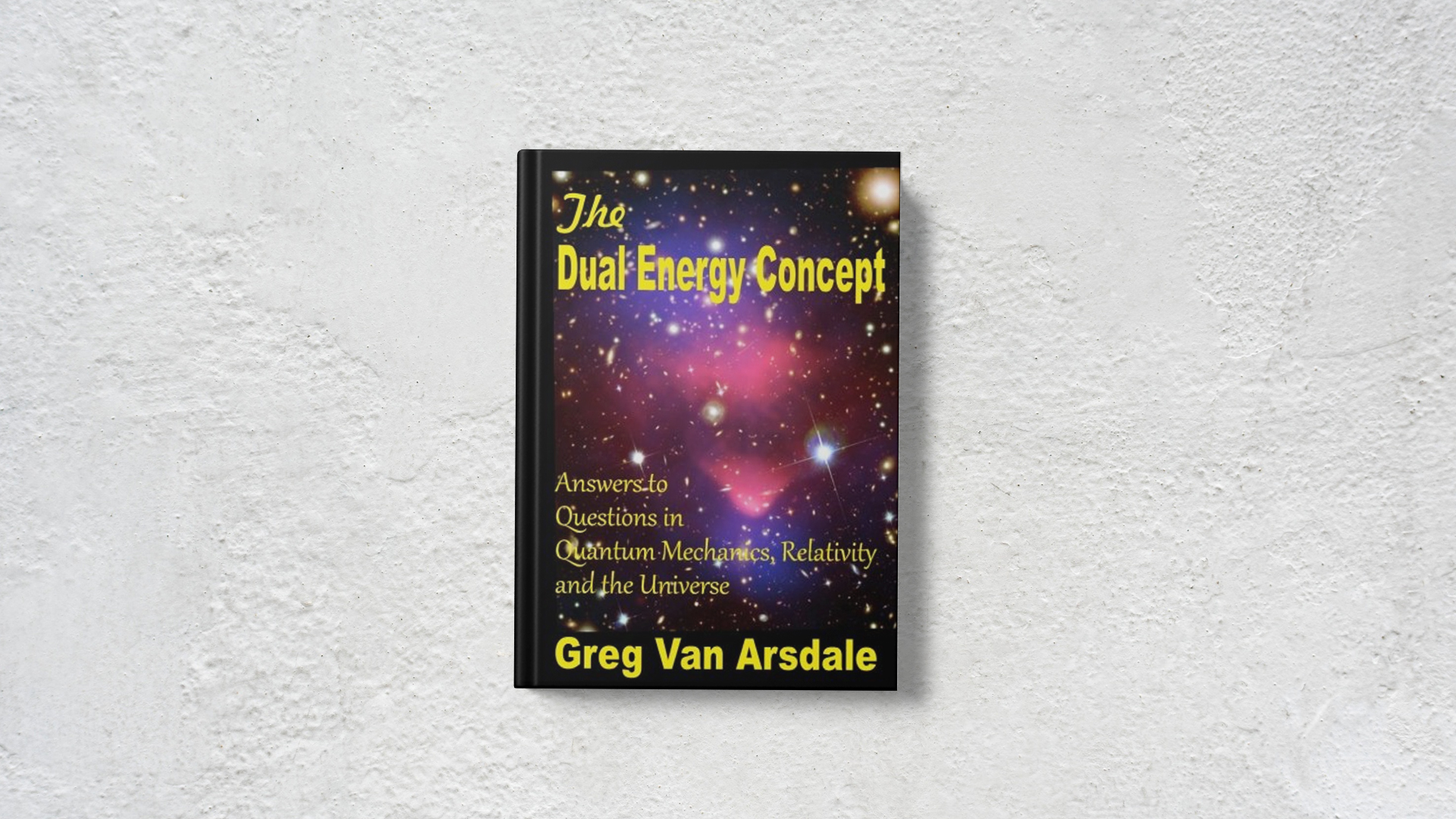 The Dual Energy Concept is a non-fiction book on quantum mechanics by Greg Van Arsdale.

For centuries, humanity has always questioned the workings of the universe. Some of these questions, such as the origin of life, the stars, and our very own planet, have been discussed. However, many of these questions remain mysteries to us. Worse, there are even questions that beg more questions than answers. Today, we are going to feature a unique book by Greg Van Arsdale. The Dual Energy Concept by Van Arsdale tackles the questions in Quantum Mechanics, the theory of relativity, and some of our universe’s mysteries.

The Dual Energy Concept: New Answers to Questions in Quantum Mechanics, Relativity and the Universe is the latest work by Greg Van Arsdale. It was published in 2020. In this book, Greg Van Arsdale explained that the dark energy (thought to be the force behind the rate of expansion of our universe to accelerate over time, rather than to slow down) is not atomic in form and that Absolute Energy Medium is a combination of the two energies co-existing in singularity. Van Arsdale further noted that standard questions in quantum mechanics, relativity, and the universe can simply and physically be explained without violating any laws. Greg Van Arsdale discussed photons, leeching, matter waves, and many other exciting topics in this amazing work. Readers of The Dual Energy Concept are in for one unforgettable journey.

The current single energy concept has run its course, the notion that atomic-energy is all there is to reality. Since the proof of dark-energy, we have struggled to discern what it is. This book states it is a non-atomic form of energy. By doing so, all the Quantum Mechanics and Relativistic equations that have defied physical explanation in the past now make simple, logical sense. Yes, Quantum Mechanics can be understood logically. All it takes is another energy form in the mix. (book description)

The Dual Energy concept by Greg Van Arsdale is a noble effort to share to readers his insights on quantum behavior, explain more clearly the theory of relativity, and the workings of the universe so that readers may appreciate not only science but the idea of finding answers to many of our questions. Greg Van Arsdale’s book is nothing short of remarkable and should be not only by physicists but all those who want to understand more about the universe and our existence.

Gregory Van Arsdale was born in Denton, Texas. He moved to South Florida in 1972. Greg Van Arsdale studied physics at Samford University on a scholarship. He graduated with honors, and it was at the university where the foundation for his Dual Energy Concept was born. He was recruited by the Naval Nuclear Power School and commissioned as an officer. In 1981, he joined the Navy, where he taught nuclear physics and other courses for several years.

Gregory Van Arsdale also worked as a training manager and then senior project manager (specializing in creating computer systems) for Florida Power and Light in West Palm Beach, Florida. Recently, Greg focused on building a writing career, and in 2013 began publishing some of his early works. As of this writing, Greg Van Arsdale has published many books ranging from the non-fiction “Dual Energy Concept” (a revolutionary view of classical Quantum Mechanics equations) and “Beyond Mere Belief” (an application of the Dual Energy Concept to the spirit and soul) to fiction mystery, suspense and action thrillers including The Priestly Murders, Alina’s Revenge, and The Genesis Project book series.

To know more about the book The Dual Energy Concept, you can grab a copy or visit Greg Van Arsdale’s website today.