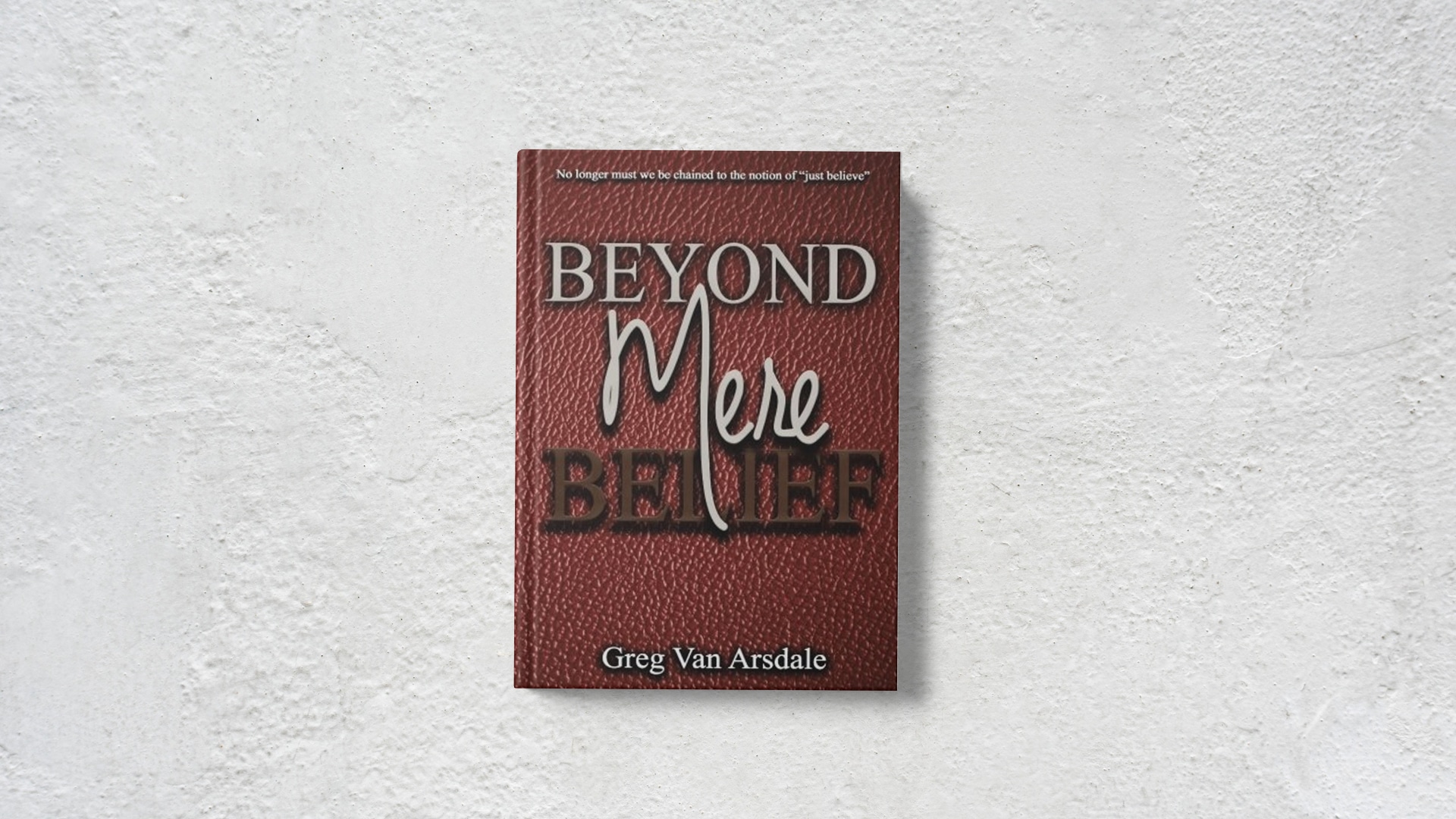 Beyond Mere Belief is a book about science and spirituality by author and physicist Greg Van Arsdale.

Greg Van Arsdale is a seasoned author and professional editor. Since 1983, he has published many books, both fiction and non-fiction. He is known for his action thrillers and book series. Today, we will feature a non-fiction work by Greg Van Arsdale entitled Beyond Mere Belief.

Beyond Mere Belief by Greg Van Arsdale is a groundbreaking book by Greg Van Arsdale. It was published in 2016. In this book, Van Arsdale uses science and theology in the attempt to provide answers to many questions that often the Church ignores or responds perfunctorily with “just believe” or “we’re not supposed to understand.” Beyond Mere Belief is an attempt to liberate the mind from these traditional mindsets that prevent from asking more questions that truly matter. Van Arsdale provides an in-depth discussion on the concept of dual-energy, discussing dual-energy (atomic energy and dark energy). Dark energy is defined as ethereal energy. In 1999, proof of its existence was discovered. The discussion on dark energy is an essential part of Greg Van Arsdale’s goal to explain the dual nature of man. Here, Van Arsdale by presents a 32-point brief point of discussion and writes it in a matter that readers will be able to easily absorb.

The book is divided into two parts. In the first part of the book, Van Arsdale invites his readers to challenge the long-standing scientific beliefs on quantum physics. He opens the discussions on understanding various theological concepts, issues and established “postulates” of the Christian Church, the discussion of the atomic energy (Chapter 2: The Human Domain), the relationship of the soul, the mind, and spirit (Chapter 3: Of Soul and Spirit), and a thorough look into Christian laws and concepts (Chapters 4-9). Greg Van Arsdale shares his insights about God, Jesus, Sin, and the Creation.

The second half deals mostly with the Bible and its scriptures. Topics include the end times, one true faith, and the four gospels of the New Testament. The second part features an extensive discussion of the four gospels. The last four chapters provide practical knowledge on how to analyze the four gospels better.

The final chapter is dedicated to scientific questions about the universe. These FAQs are organized and explained carefully for the readers. Questions ranged from energy to queries about universal particles.

Beyond Mere Belief is a relevant book. Rare do we encounter a masterfully written work that deals with physics and religion will be able to comprehend. Greg Van Arsdale writes his ideas in a way that is easy for average readers to follow and engage in. Although the book is quite lengthy (471 pages), it certainly covers many interesting topics that you would not want to miss.

Greg Van Arsdale is originally from Denton, Texas. In 1972, Van Arsdale moved to South Florida. With his physics scholarship, he attended Samford University and graduated with honors. Greg Van Arsdale joined the Navy in 1981, where he was recruited to teach nuclear physics and other courses at Naval Nuclear Power School. Greg rose in ranks and became a Lieutenant Commander before resigning. Van Arsdale also worked as a training manager and then senior project manager for Florida Power and Light.

Van Arsdale began his writing career in the early 1980s. He published several books before starting a career in editing and editorial services. Greg Van Arsdale’s works range from non-fiction such as Beyond Mere Belief to action thrillers like The Genesis Project Series, The Priestly Murders, among many others.

Since 2003, Greg Van Arsdale has been providing editorial services such as line editing and copy editing. Van Arsdale has over 35 years of literary knowledge which he learned from college, seminars, and instructor-led courses. Van Arsdale has more than 30 years of working experience in the editing of various genres, both in fiction and non-fiction books. He also does freelance and works in the comfort of his home. Greg Van Arsdale cares so much about helping authors find their own and style ‘instead of hammering into a particular way of writing.’ According to him, his goal as a professional editor is not just about returning a well-edited manuscript but also to help authors become better writers.