AUTOBIOGRAPHY OF GLORIA AND ROBERT MASCARELLI 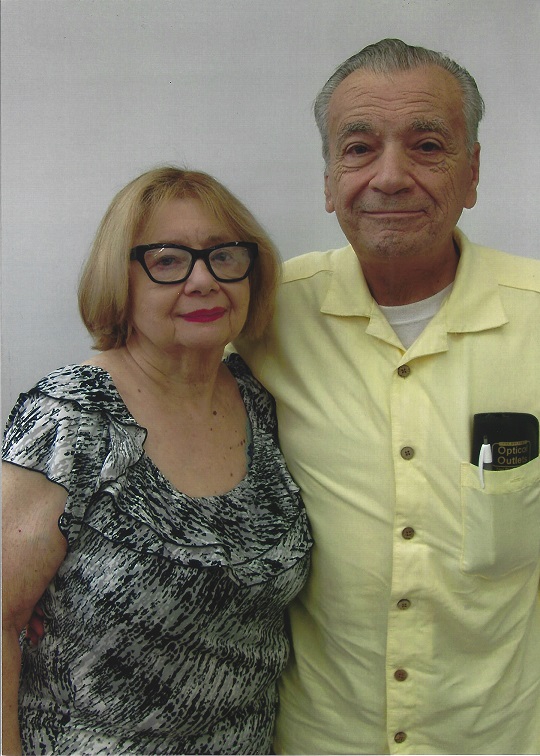 Robert (who prefers to be called Bob) and I have a long history of travel, that took us to many countries which we went to as buyers, as well as many US states that we traveled to in order to participate in antique shows as dealers. In our travels, we encountered many other antique dealers who became our friends over our forty years as professional dealers in Oriental porcelains and ancient Chinese pottery. We also kept an antique shop for ten years during much of this period.

During our antiques career we were solicited by several book publishers to write books on Oriental antiques and pottery. Those books were written between 1964 and 2,000. They included: two for Wallace Homestead in 1980 and 1984 by Andact and Mascarelli; one for Warman’s Price Guide to Oriental Antiques in 1992; one for Schiffer Publishing The Ceramics of China, 5,000 BC to 1912 AD, in 2003.    The first book we collaborated on as Christian writers occurred several years after Bob became a confirmed believing Christian, and it was published by Miracle book Publishers as the The Prayer Connection in the year 2,000. Our lives had changed, leading us both deeply into church attendance and Bible study and giving us a new direction in our lives, which led to a lot of witnessing to our personal friends, family, and our antique show friends.

As we became more personally involved with reading the Bible, we began to apply it to the way we conducted our lives and views of the world. As Bob became more interested in how God’s word evolved in our world history and current events, he began to do extensive reading on different areas of our world’s development and the happenings that shaped it from its beginnings. We had many discussions about his conclusions some of which I rejected. As the notion of writing a religiously based book on Bob’s views of the world, I concluded that if Bob and I could find any feasible Biblical and newsworthy support for his theories, we could go on to put an interesting book together. We did.

Bob assigned me the writing and organizational design of the book and I assigned myself the job of biblical researcher to gather Biblical quotes to substantiate his views. Rather than disagree with any of my husband’s theories I inserted “a theory according to Bob” within the text of the book whenever an area of non-conforming interest came up. After working on his theories and making notes, and my organizational structure was created, the real reason for the assemblage of the book became apparent. The 2017 presidential election took place and President Trump was voted into office as President of the United States. Our faith in God (Yahweh) encouraged our motivation to put a voice to the opinions we had about the nephilim in our book.

Having President Trump in office as the defender of religious freedom in our country after so many years of our religious freedom being threatened looked very positive along with all the vows he promised to accomplish during his campaigning. Yet , some of his past behavior seemed to represent some of the negative nephilm traits we discussed earlier in our book. It seemed the right time to bring Bob’s opinion’s to light.

Bob and I went through a period of poor health after Christian Faith Publishing released the book, so we were a bit slow to begin publicizing it. But we are very happy to present it as being very relevant now to the development of Donald Trump as president of the United States.