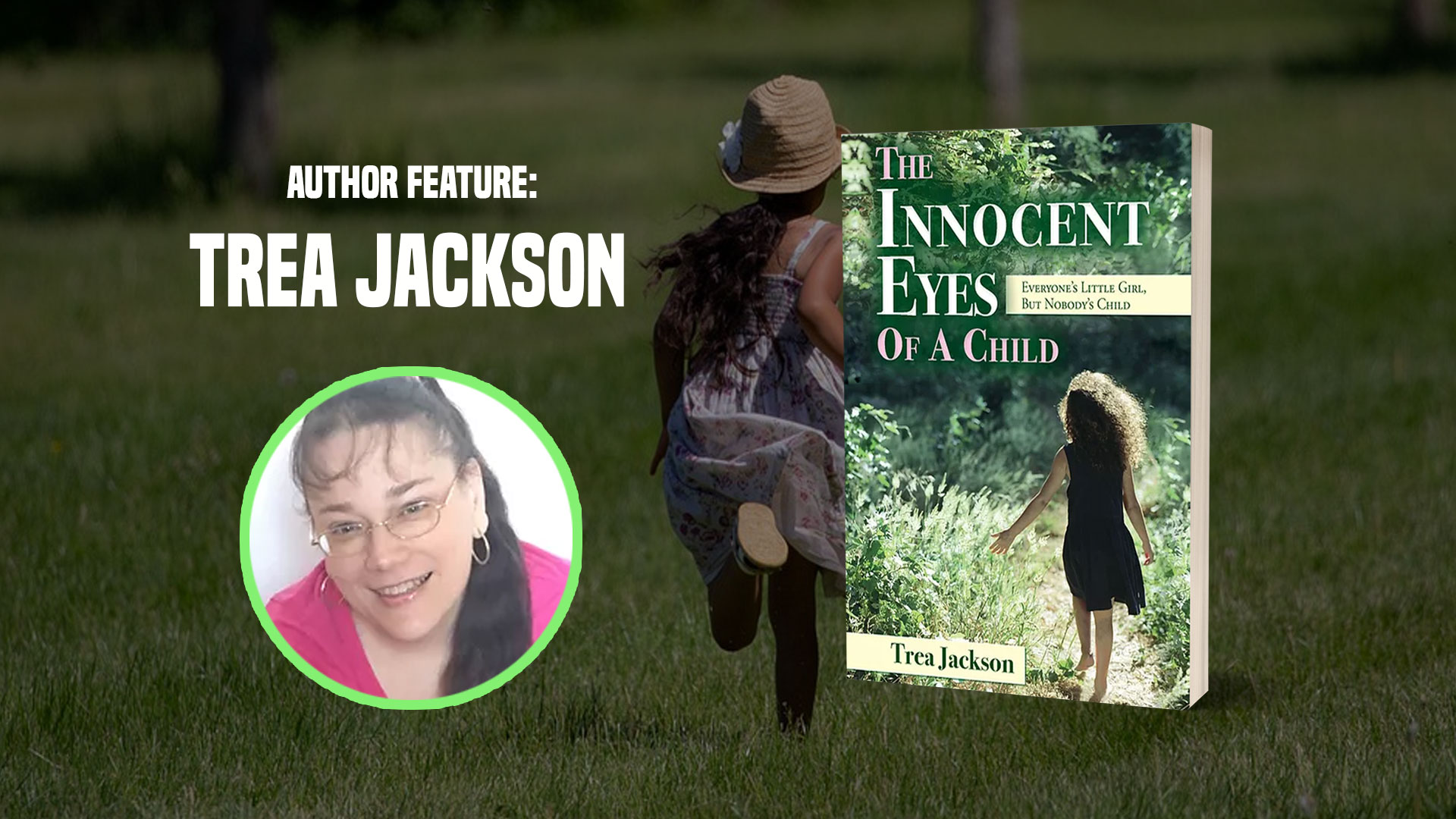 Trea Jackson is the author of the riveting story of survival and healing, The Innocent Eyes Of A Child: Everyone’s Little Girl But Nobody’s Child.

Trea Jackson was born into a dysfunctional family. She was raised in Chicago, IL, where she suffered years and years of abuse and manipulation without interference from neighbors, teachers, and police officers. When she was five years old, Trea became a foster child and moved all over Illinois. Treas spent some time in Florida and California in foster care.

As a young kid rich with traumatic experiences and encounters, Trea Jackson’s refuge was writing fantasy stories which she began at age seven. Despite the odds, Trea finished high school and went to Roosevelt University with a Master’s degree in Psychology. She now works for the Illinois Department of Human Services as a social worker. Today, we will learn more about Trea Jackson and her outstanding book, The Innocent Eyes Of A Child: Everyone’s Little Girl But Nobody’s Child.

Trea Jackson’s life in foster care was not easy as she suffered abuse and a different type of abandonment.

“I was just another number in the long-lost log in the most heartless system. I was left just like many children who are left to just linger until they age out.”

Trea Jackson was taken away twice by the Illinois Department and Children Services. It was during the second time that her long and arduous journey with foster care began.

At first, Trea thought she was being rescued from a toxic environment by the foster care system. It would only take a little while before Trea would realize that she’s just beginning her journey in what would be another form of struggle. Trea journeyed to many foster homes, each time always hoping that she would land a permanent one.

In all those times that she moved from one place to the next, young Trea suffered manipulation and abuse by the foster parents, the very people supposed to protect her. According to Trea, she was ignored and left alone with no understanding of what was going on from day to day. It seems that there was no concept of family and acceptance. In most foster homes, Trea had no one to talk to about the feelings and the trauma she had experienced, which added to the feeling of abandonment she was experiencing. For Trea, the foster care system is like a systematic journey that never stops. This does not offer any sense of settlement needed for a child to grow and plant new roots, and the phrase “in the best interest of the child” is just lip service.

Writing allowed Trea Jackson to tell her stories, her struggles, the lessons, and help abused children and foster children.

When she was seven years old, Trea began writing fantasy stories. In these stories, Trea poured her hopes and dreams of finally finding a loving family that would nurture and protect her. Each of the stories has a magical ending and is far from the reality of what was really happening in her childhood. Writing these fantasy stories helped Trea survive foster care and provided the young girl with an escape from the harsh reality.

Eventually, Trea survived a difficult childhood and is now able to have the chance to share her stories and emotions through a book. In 2002, Trea Jackson released The Innocent Eyes Of A Child: Everyone’s Little Girl But Nobody’s Child. It features a character named Brighteyes which many foster children like her can relate to. For Trea, writing the book means a lot. She offers this masterpiece to all children abused and abandoned by their parents and the foster care system. She hopes that just like her, these children will find a way to motivate themselves despite the frustration, anger, fear, and sadness and find a way to survive and be better individuals.

You can purchase Trea Jackson’s book via Amazon, or you can also visit her website to know more about her and her stories.