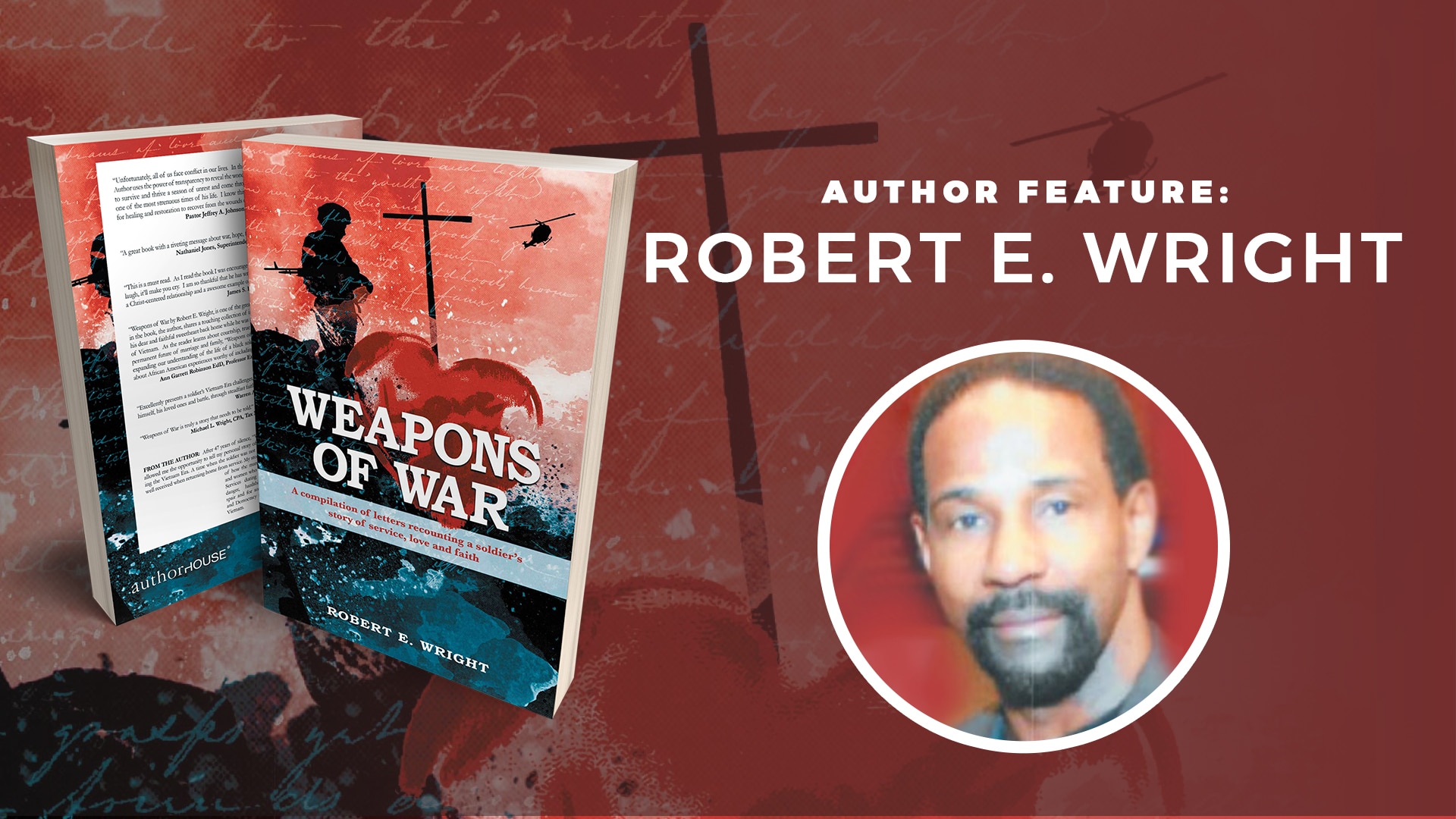 Robert E. Wright is a veteran of the Vietnam and author of the book Weapons of War.

Soldiers and veterans of war often have the most interesting stories to tell. Whether it is a tour of duty to a foreign land, a life-changing encounter with enemy forces, or taking part in a historic event, the stories of their valor and sacrifices deserve our attention. However, not all veteran stories are about war, invasion, or combat of any kind. Sometimes the most interesting stories from soldiers are about their life’s journey, their thoughts about God, and the personal battles they encountered and overcame. Among those veterans is Robert E. Wright, author of the inspiring book Weapons of War.

Robert E. Wright was born on November 11, 1949 (Veteran’s Day) in Indianapolis, Indiana. He spent his childhood in Lockefield Gardens, an inner-city housing project, two miles west of downtown Indianapolis. Wright went to Crispus Attucks High School in Indianapolis, Indiana where he graduated in 1968. He then went to Indiana Christian University where he received a Diploma in Old and New Testament Studies in May of 1983.

After he graduated from the university, Robert E. Wright worked as a residential installer for Indian Bell Telephone Company. He worked for the company for 26 years and retires as Project Managerin Network Operations in October of 1994. A day after his retirement, Wright began a new career with the Eastern Star Church in Indianapolis, Indiana. Under the guidance of Senior Pastor Jeffrey A. Johnson, Sr. served as Chief Administrator. Wright spent 21 years in full-time ministry and finally retired on December 31, 2015. He still serves as a member of the Finance Team, the Church Council, and a Chairman of the Deacon Board.

Robert E. Wright was drafted into the United States Army on July 22, 1969. He served two years and was honorably discharged. His military stint included a tour of duty in Vietnam as a Combat Infantryman with the 101st Airborne Division. Robert E. Wright earned several medals and accolades including the Bronze Star and the Air Medal (2nd Award).

In 2013, Robert E. Wright was diagnosed with Parkinson’s Disease. This was barely a year after his retirement in the ministry. Determined not to be overwhelmed by the disease, Wright joined a program called Rock Steady Boxing. It features a fitness program of non-contact boxing and core strength development. The program is designed to counter and to some extent even slow down the effects of Parkinson’s Disease. For Robert, the disease is no different from the challenges in Vietnam. He states that Parkinson’s is just another test that came at a different stage of his life and that God will always be there. As long as God is present, life goes on.

“Weapons of War was a project I enjoyed for several reasons. It brought back the memories of my youth, I can see how God has guided my steps and at the same time guarded my path, and if anyone has any questions about the Vietnam War I now have a story I can tell. A soldier’s story.”